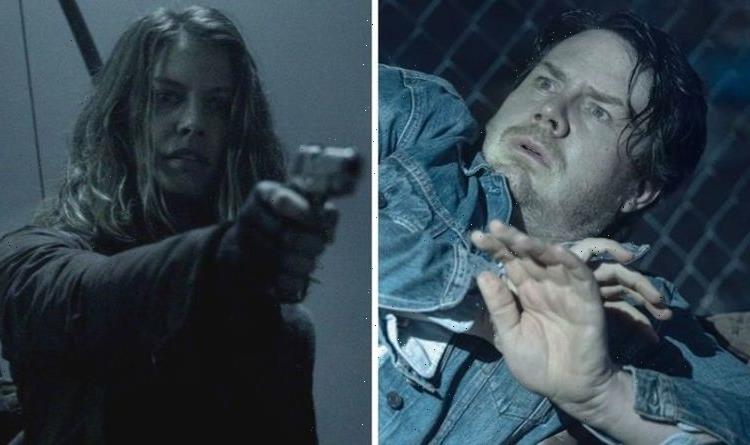 Episode two of the AMC staple The Walking Dead is arriving on Sunday night as the horror drama hurtles towards its dreaded final destination. Recent comments from showrunner Angela Kang have shed light on some of the show’s darker moments as it continues on its new second home on Disney+.

Angela Kang has admitted some viewers could find The Walking Dead too dark as the popular zombie drama continues its 11th and final season.

The last outing for the flagship horror series kicked off in spectacular fashion last Sunday as Alexandria came face-to-face with the advanced community known as the Commonwealth.

The second half of the series’ two-part season premiere, ‘Acheron: Part II’, will finally reveal what Daryl (played by Norman Reedus) and Dog get up to after being separated from the rest of the group.

In a recent interview with Digital Spy, Kang teased a chilling monologue that occurs in the second episode she feels is a perfect example of striking the right ‘balance’ in the show’s darker moments.

While she confirmed TWD’s writers have the ‘freedom to go dark’, she also revealed they don’t want to go too far for viewers tuning in in other countries.

“Because we’re on basic cable in the United States, we have a certain amount of freedom to go dark,” she explained.

“But at the same time, we can’t go as dark on certain platforms. Nor do we always want to.”

The series’ intended adult audience can switch on at 9pm every Sunday night for a healthy dose of zombie action and post-apocalyptic drama.

However, the series is also widely available on various streaming platforms, including Amazon Prime Video and Disney+’s new service Star.

With fans across the world eager to get their hands on the highly anticipated final season, Angela Kang wants to ensure the show is as accessible as possible.

“I think we’re always trying to find that balance, and sometimes maybe we go too far for some people. Sometimes we don’t go far enough for others.

“So, yeah, it’s something that we ask ourselves all the time: ‘Is this too dark? But the world is dark?’”

“We just try to handle it as tastefully as we can when we’re going in those territories.”

Despite its popularity and primetime slot, the series has remained as mature and violent as ever for over a decade on screens.

The Walking Dead has even been on the end of some harsh criticism as the series tries to stick to the roots of Robert Kirkman’s brutal original comics as closely as possible.

Season 11 might not catch quite as much flak as the divisive introduction of iconic baddie Negan (Jeffrey Dean Morgan), but there are undoubtedly many more dark twists and turns to come over the next few weeks.

Furthermore, Kang confirmed the writers are more likely to get in trouble for bad language than the show’s gore and violence.

“We’re a little more prudish about language than violence [in the United States], if that tells you anything.

“So they tend to be like, ‘You have too many curse words. Can you cut a little bit?’. But we’re pretty good at self-regulating as needed.”

While The Walking Dead has never veered into kid-friendly territory over 11 seasons, there are still millions of viewers who have yet to be put off by the show’s grim subject matter.

The Walking Dead season 11 continues Sundays on AMC and Star on Disney+.