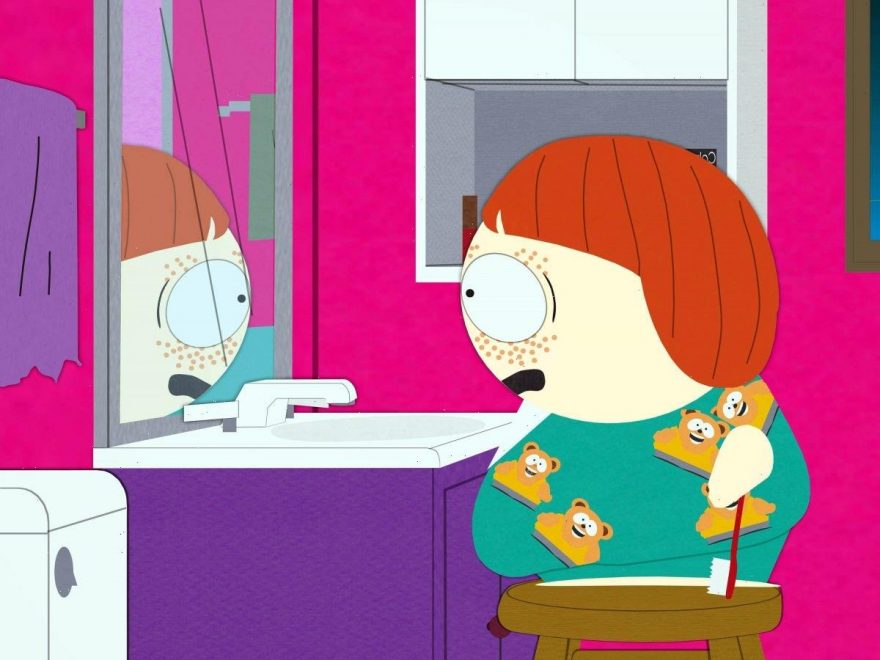 On South Park, Cartman pretty much hates everyone. He hates hippies, he hates Scott Tenorman, he even hates his only friends Stan, Kyle, and Kenny. In a season 9 episode, Cartman also revealed he hates ginger kids, red haired children with freckles. South Park co-creator Trey Parker even made fun of himself in the episode.

On the South Park Season 9 DVD, Parker and Matt Stone give commentaries on each episode. For “Ginger Kids,” Parker explained a very subtle reference to his then-fiance, Emma Sugiyama.

Parker said the inspiration for the episode “Ginger Kids” came from a real advertisement in England. Between that and his own phobias, Parker knew it would make a great South Park episode.

“We were in England doing press for the show and we noticed a billboard,” Parker said. “It was something like ‘Only you can stop ginger’ and it had a little ginger girl on it smiling. There really is some truth to this. I am sort of ginger phobic in a way, I guess. I definitely have nothing against them but they do just kind of freak me out.”

‘South Park’ gave a shout out to Trey Parker’s fiance

Parker was engaged to his first wife, Emma Sugiyama, when writing “Ginger Kids.” They divorced in 2008. Parker was married to Boogie Tillmon from 2014 – 2019, but was married to Sugiyama while recording the South Park Season 9 commentary in 2007.

“In fact, I sort of reference myself in this show,” Parker said. “I had just gotten engaged when this show came out. The guy says to one of the kids, ‘The only way you can be sure you’re not going to have a ginger kid is to marry an Asian because then you probably won’t have a ginger kid.’ He’s talking about me because that’s what I did.”

Parker joked that he left his previous girlfriend for Sugiyama over ginger kids.

“I was dating someone before and having a really great time and it seemed pretty good,” Parker said. “Then I meet her mom and she was ginger. And I knew deep down it was the beginning of the end right there. Okay, how do I get out of this because there’s just no way. We can have fun but there’s no future here because I’m not having a kid that has a 1/10th of a chance of being ginger.”

Usually, the South Park boys where their winter hats. However, in rare episodes when they take them off, Kyle has red hair.

“Kyle’s a daywalker because he is ginger but he can go out in the sun,” Stone said. “We had to make that distinction because of Kyle because even though you don’t see his hair a ton, we had seen it and he did technically have red hair.”

Parker said Kyle was an exception, because he doesn’t have freckles.

“Then we said there’s a difference between having red hair and really being ginger, like light skinned freckles,” Parker said.