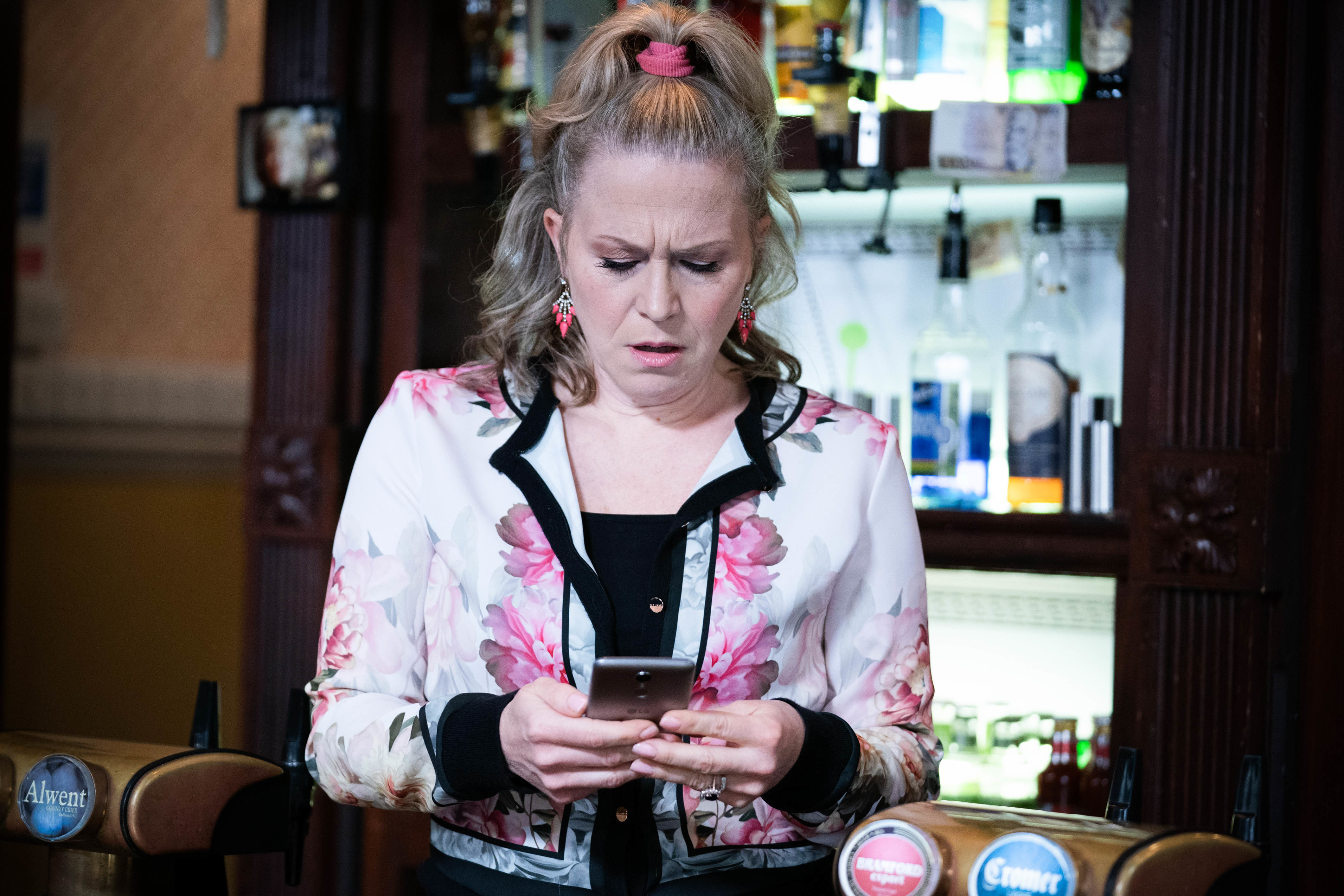 Mick (Danny Dyer) and Janine (Charlie Brooks) have been having a bit of an issue since they got together on EastEnders. Mick has been unable to be intimate with his new partner, partly because of trauma issues after he was abused when he was young.

While Janine has confided in Billy (Perry Fenwick) about this, there’s one person that she really wouldn’t want finding out – and that’s Linda (Kellie Bright), who could possibly see it as proof that Mick isn’t as committed to Janine as he could be.

We’re about to find out exactly what Linda will make of the whole situation in upcoming episodes, when she goes through Mick’s phone and sees from his search history that he’s been researching intimacy issues.

The discovery comes after Mick and Linda have been enjoying reminiscing about the past and having a laugh together. It’s reminded Linda of what she and Mick had for so long.

Meanwhile an increasingly insecure Janine has been taking steps to try to get Linda away from the Square for good, by winding her up until she’s ready to hit the bottle, knowing that Zack (James Farrar) has told Linda that if she drinks around the children again she’ll be forced to leave Sharon’s.

With this new discovery about Janine and Mick’s personal life, has Linda got some ammunition to fight back against Janine?