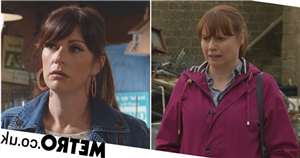 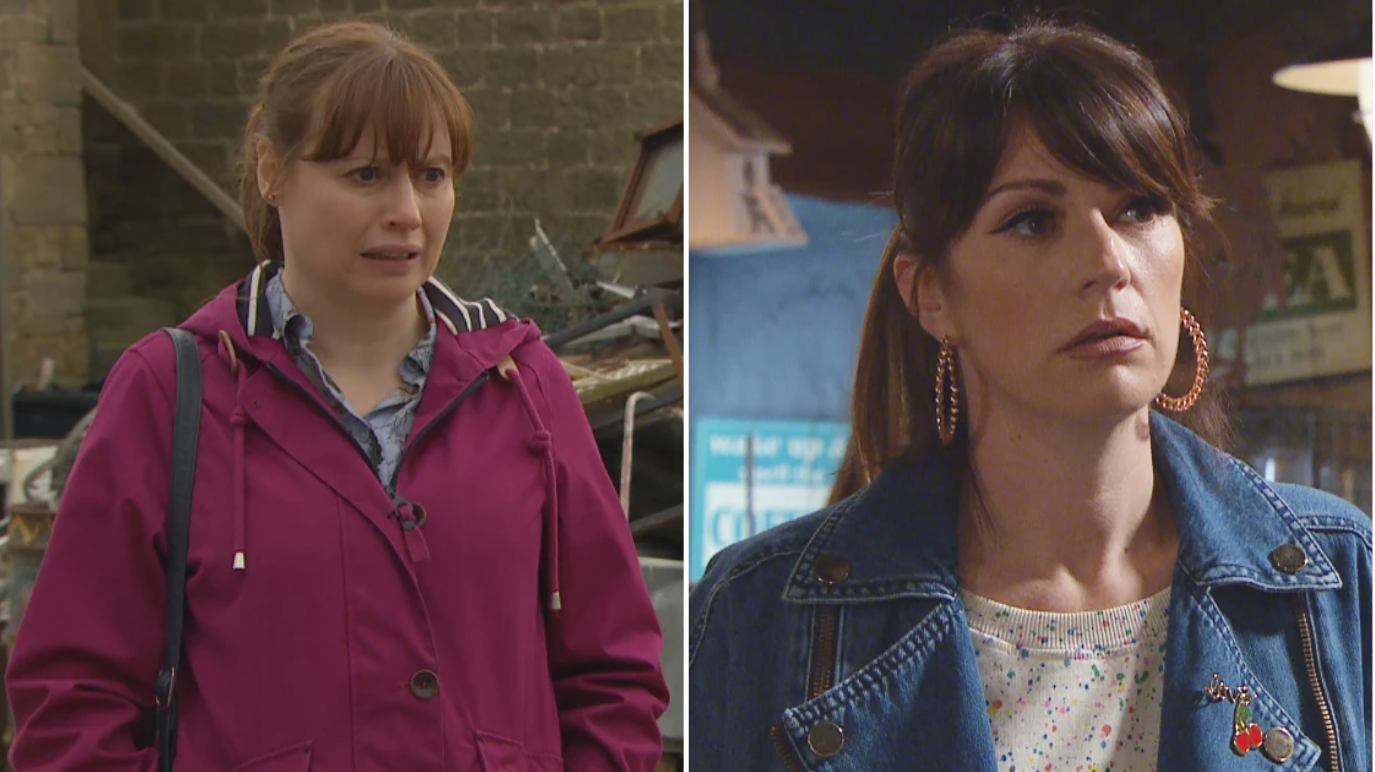 In tonight’s Emmerdale Lydia (Karen Blick) tried to bring Amelia (Daisy Campbell)’s family together with hers to talk about the baby Amelia is expecting, in the wake of discovering that Samson (Sam Hall) is the father.

Unfortunately, her attempts at peace-making soon ended in another furious argument after Kerry (Laura Norton) brought up a tragedy in Lydia’s past.

Lydia had been doing her research into baby buggies and cots, in an effort to show that the Dingles would pay their way with the baby and would also be prepared to take their share of looking after it.

Samson, who has no desire at all to be involved in his baby’s life, was horrified at all the talk of how much work and expense having a baby would involve.

Sam (James Hooton) also looked uncomfortable, but it was Amelia’s family who were most uneasy as Lydia seemed swept away by her enthusiasm for the subject.

It seemed she really was just trying to be helpful, but Kerry thought there was another agenda. ‘‘I know you lost that little baby that you had and it was so tragic, but this is very, very full on,’ she said.

Lydia looked mortified. Viewers will remember that a few years ago it was revealed that Lydia gave birth to a baby when she was in a children’s home. She was on her own when it happened and, realising the baby was dead, she laid him to rest in a wood.

Sam was outraged that Kerry should bring this sad incident up. ‘Apologise to Lydia for being a right nasty cow,’ he ordered Kerry as the room descended into chaos and everyone started arguing.

Meanwhile Amelia slipped out, having had enough of the warring families trying to take over. And when she bumped into Noah (Jack Downham), she revealed a plan. She wants to leave the village and move to London to stay with her brother Sean – and she wants Noah to go with her.