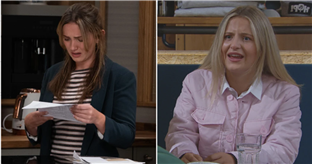 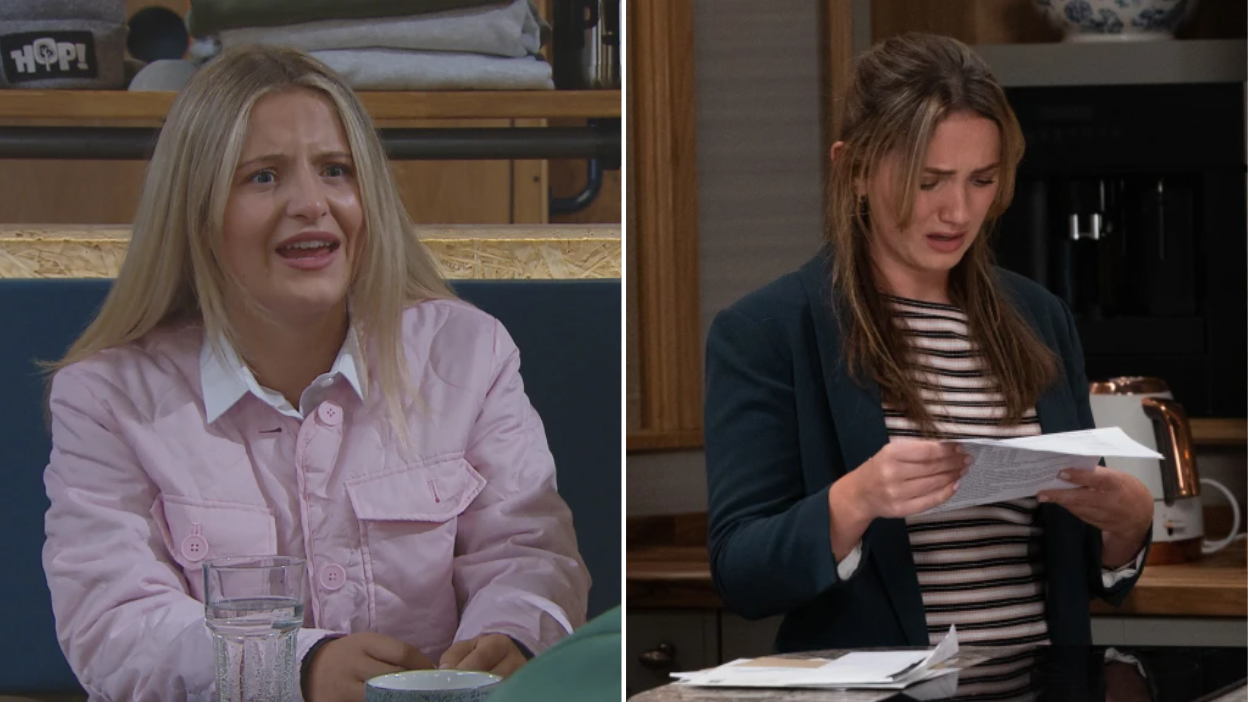 Life went from bad to worse for Amelia (Daisy Campbell) in tonight’s episode of Emmerdale, as she and her dad Dan (Liam Fox) were told they had 48 hours to get out of their home.

After dropping baby Thomas (Bertie Brotherton) yesterday when she collapsed at Home Farm, Amelia was given the shock news that she’s pregnant. So far she’s kept this a secret, although she did seem like she was about to tell Kerry (Laura Norton) until they were interrupted by Gabby (Rosie Bentham) – who was raging.

Gabby had spent a mainly sleepless night keeping watch over Thomas, who is totally fine after his fall. A visit from social services did nothing to help Gabby’s mood. Again, it looks like there won’t be any official consequences after what happened to Thomas and no action is being taken against Gabby.

This was of little consolation to Gabby, though. She wanted revenge, and she knew exactly how to hurt Amelia.

‘You mess with my life and I’ll mess with yours,’ she told a horrified Amelia, handing her an eviction notice. Kerry attempted to get involved, telling Gabby, ‘This whole mini-Kim charade doesn’t scare wor,’ but that only made things worse. Gabby told Amelia and Dan they have 48 hours to get out of the house.

It’s doubtful whether this is even legal, but Gabby made a point of saying that the Spencers wouldn’t be able to scrape enough together to get legal advice. She was being incredibly nasty.

Earlier in the episode Amelia visited the church, where she had a chat with God about her pregnancy, saying she was going to have to find a way to tell the truth. As she said the words she was looking at her visiting order from the prison.

When she visited Noah (Jack Downham) she said she had something to tell him. Was she about to tell him about the pregnancy? Could it possibly be the case that Noah is the father of the baby?

That question is still unanswered, as she didn’t say anything in the end, just telling Noah about the weight gain syrup she’s been taking.

Noah told her he’s hoping to get out of prison soon and he promised to support her. ‘I won’t let you down,’ he said. Well, that would be a first, but at the moment Amelia needs all the friends she can get. And, most importantly, she and Dan need to get a roof over their heads.