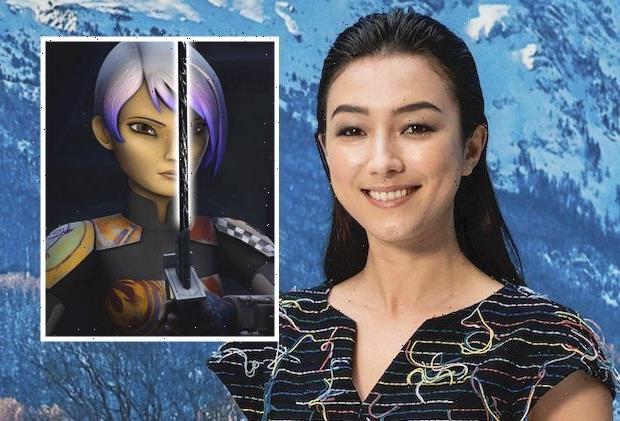 Disney+’s offshoot of The Mandalorian centered on Rosario Dawson’s Ahsoka Tano has found its Sabine Wren.

The Society alum Natasha Liu Bordizzo reportedly has joined Star Wars: Ahsoka as the Mandalorian warrior Sabine Wren, per our sister site Deadline. (Neither Disney+ nor Lucasfilm are confirming the news.) Wren was first introduced in the animated series Star Wars: Rebels and voiced by Tiya Sircar, aka The Good Place‘s Vicky.

In Star Wars lore, the fan-favorite character is described as a skilled fighter with expert knowledge in handling weapons and explosives. She dropped out of the Imperial Academy when she realized she was helping the Empire oppress her people, then worked as a bounty hunter alongside Ketsu Onyo. She also is a member of the Ghost Crew, and her impressive graffiti work inspired the symbol for the Rebel Alliance.

Ahsoka, which is set five years after Return of the Jedi, reportedly will see Hayden Christensen reprise his role as Darth Vader — presumably in flashbacks to the Jedi Master working with his Padawan, Ahsoka. (Ashley Eckstein previously voiced Ahsoka in Clone Wars, and Dawson made a live-action appearance in Season 2 of The Mandalorian.)

Dave Filoni (Star Wars: Rebels, Star Wars: Clone Wars, The Mandalorian) is set to pen the script, and Jon Favreau will executive-produce. Per Deadline, production is aiming for a March 2022 start date.

How do you feel about the Ahsoka castings? Are you excited for the show? Let us know your thoughts in the comments!