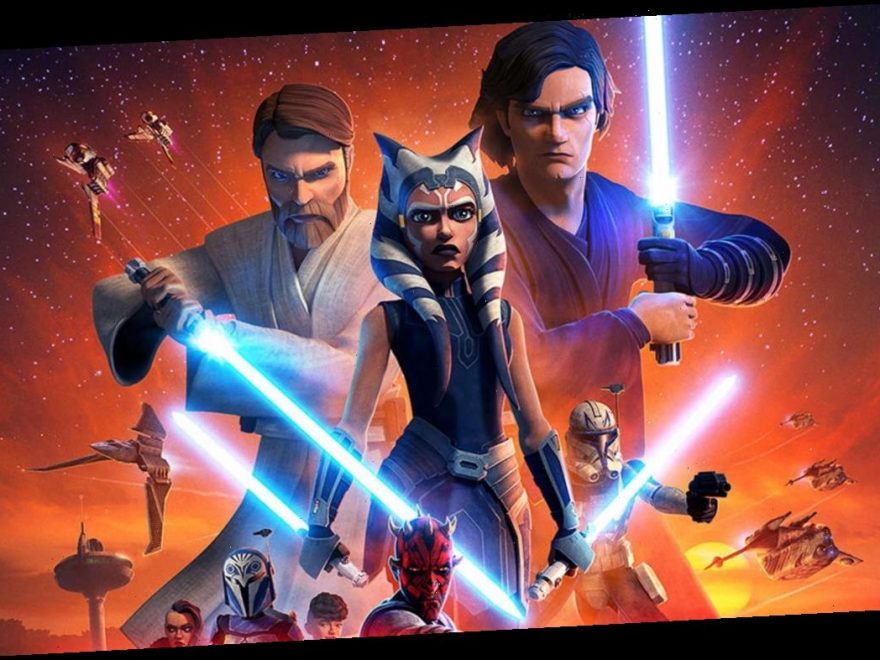 The final season of the animated Star Wars series The Clone Wars is here–including some rad new clone troopers that remind us of Ninja Turtles–debuting on Disney+ on February 21. Every Friday after that, until May 8, a new episode will appear on the streaming service. Additionally, episode titles for the first half of Season 7 have been revealed as well, and you can check out the release dates and titles below.

Additionally, Disney+ revealed a new trailer and new poster for the upcoming season as well. In the trailer below, there is a whole lot of Darth Maul, and the series is very much leading up to the Order 66 moment from Revenge of the Sith.

In 2008, Dave Filoni brought Star Wars fans an amazing animated series that expanded on a conflict in the SW universe that the movies glossed over, the Clone Wars. Over the course of six seasons and taking place between the movies Attack of the Clones and Revenge of the Sith, the battle between the Separatists and the Republic army–which consisted of Clones and Jedi. At SDCC 2018, it was revealed Season 7 would be arriving to Disney+.

The real kicker is the appearance of Darth Maul, whose history is tied to Mandalore, as he help cause the civil war there and took it over with the Shadow Collective. He also had possession briefly of the Darksaber and caused Death Watch–the Mandalorian group–to splinter. Needless to say, Maul’s inclusion in this trailer may mean we’ll finally get to see Palpatine’s Order 66 playout in this final season, which will mark the end of the Clone Wars.