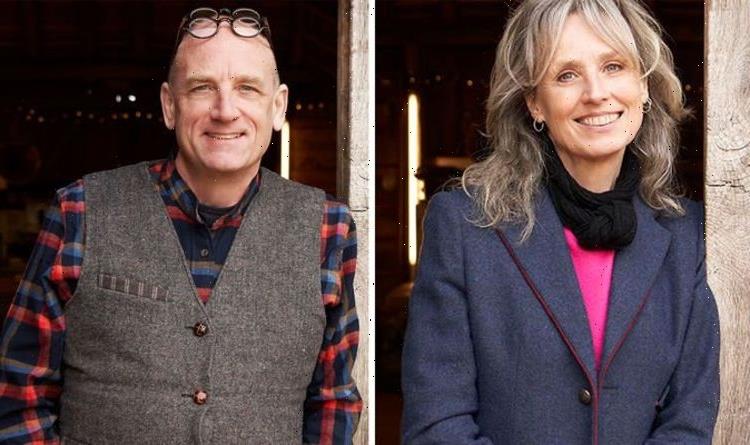 The Repair Shop: Guest discovers her doll is fixed

The Repair Shop returns to BBC One and the uplifting series features a number of talented experts. Steve Fletcher is known for his passion for clocks and watches, whereas his sister Suzie is an expert in repairing leather. Fans are keen to know the age gap between the pair.

Who is the eldest out of Steve and Suzie Fletcher?

Steve Fletcher was the first of the two siblings to join The Repair Shop and he is a regular on the series.

The professional horologist has been a part of the show since its debut and has become a fan-favourite.

Steve is the father of five children and he has a partner called Mel.

As for his sister Suzie, she is believed to be the eldest of the two, although her official age has not been confirmed.

She was inspired to join the series before of her brother, as she saw how much fun he was having.

She joked about being the ‘leather girl’ but several phone calls later, she was part of the show.

The leather expert said it was one of the best decisions she has ever made.

Her appearance on the show came after the death of her husband in the US.

Meanwhile, her brother Steve and Mel have been together for years and live in Whitney.

Steve has continued to run the family business, called The Clock Workshop, which was opened by his grandfather.

It was Mel who encouraged him to join the group of experts on The Repair Shop.

As for Suzie, she has her own workshop based in Oxfordshire and is a Master English Saddle Maker.

She has had a love of horses since childhood and started training to be a saddle maker in 1975.

Suzie spent 22 years living and working in the US before returning to the UK.

She continues with her traditional saddlery skills and specialises in saddle repairs and fitting.

The expert has also expanded into the repair and restoration of other leather goods and furniture.

In an interview with The Times, Suzie said she had a strong relationship with her brother when they were children.

She said: “Steve and I definitely shared a lot of strong similarities, and he was the one that took me under his wing.

“He’s been my rock all my life. Every step. I really didn’t think I was confident enough to be on The Repair Shop, but I had the saving grace of Steve being there.”

The age gap between the pair is likely to be only a few years, with Suzie believed to be 60.

In today’s (December 29) episode of The Repair Shop, Steve’s knowledge of mechanics is put to the test.

He works on a 1930s toy replica cooker with internal paraffin burner.

Meanwhile, Suzie takes on a project much closer to home.

She restores a leather briefcase that was made by her grandfather in the 1940s.

The Repair Shop airs on Wednesdays on BBC One.