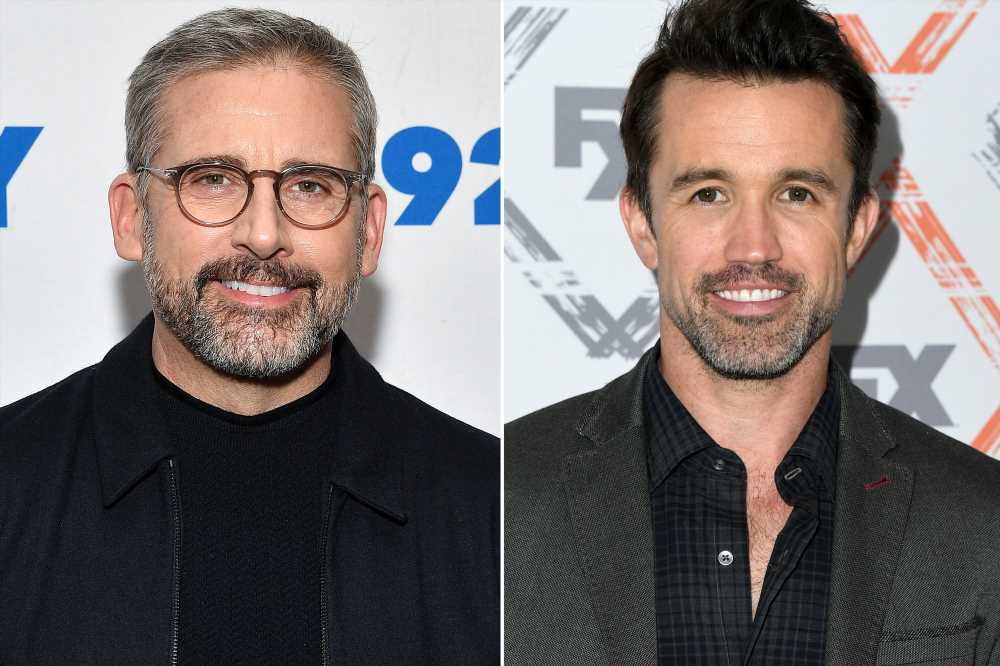 Two of Pennsylvania’s most famous fictional residents are teasing talk of a crossover.

The Office and It’s Always Sunny in Philadelphia are both beloved fan favorite comedies, with the former focusing on an eccentric group of office workers in Scranton, and the latter about a dysfunctional group of bar owners in Philadelphia.

Sunny star and co-creator Rob McElhenney sent Office fans into a tizzy last week when he revealed his series was filming outside the building used in The Office as the location of the fictional Dunder Mifflin Paper Company.

“So apparently this is Dunder Mifflin, I guess, where they shot The Office,” he said in an Instagram video outside the Chandler Valley Center Studios in Panorama City, California. “Wasn’t 100 percent sure of that, but they’re gone now, they’re off the air. And now you got… sorry, [Steve] Carell. You got these guys now.”

The video then panned to Sunny star Danny DeVito, who was standing pantsless in his trailer, and costar Charlie Day.

“Sorry, I guess your show got canceled or whatever, but we’re still doing ours. So we’re doing it here,” McElhenney said, captioning his post, “The bar inside Dunder Mifflin is now called Paddy’s.”

McElhenney quickly responded with a joking acceptance of Carell’s offer, writing back, “SCRANTON IS ONLY A HUNDRED AND TWENTY MILES AWAY FROM PHILADELPHIA. THIS WORKS. WHO WANTS IT MORE – @fxnetworks @nbc @netflix @hulu?? The bidding shall begin at five hundred million dollars.”

“I think we all need this. Sign me up for the bitchy blonde. 😉,” she wrote.

Of course, her suggestion was met with a casting clash, as Sunny already has a resident “bitchy blonde” in Kaitlin Olson, McElhenney’s real-life wife who plays Dee Reynolds.

“Um… s-. @kaitlinolson do you want to tell her?” he replied.

Actress and screenwriter Jillian Bell also offered her services as a producer, while fans chimed in with crossover episodes they’d like to see, including the Paddy’s gang trying to win a Dundee award, Dennis Reynolds being revealed as the Scranton Strangler and Michael using the D.E.N.N.I.S. system to pick up women.

For those keeping track, The Office actors Oscar Nuñez and Mindy Kaling have both guest-starred on It’s Always Sunny.

McElhenney later referenced the show a second time in an Instagram story that called out fans who criticized him for saying The Office had been canceled in his initial video.

“About 250,000 Office fans were very upset with me when I said that The Office was canceled, but facts are facts, you know, and there’s nothing I can do about that,” he said. “Oh. Um, apparently The Office was not canceled and they bowed out gracefully, I guess, when they realized that they had done their best work… Well, yeah, I guess that means that they didn’t get canceled, but it does make them quitters. So there’s that. I guess that’s just a bunch of quitters with artistic integrity. But they’re quitters.”

The Office is set to leave Netflix in January 2021 to stream exclusively on NBC’s upcoming streaming platform, which is expected to launch next year.