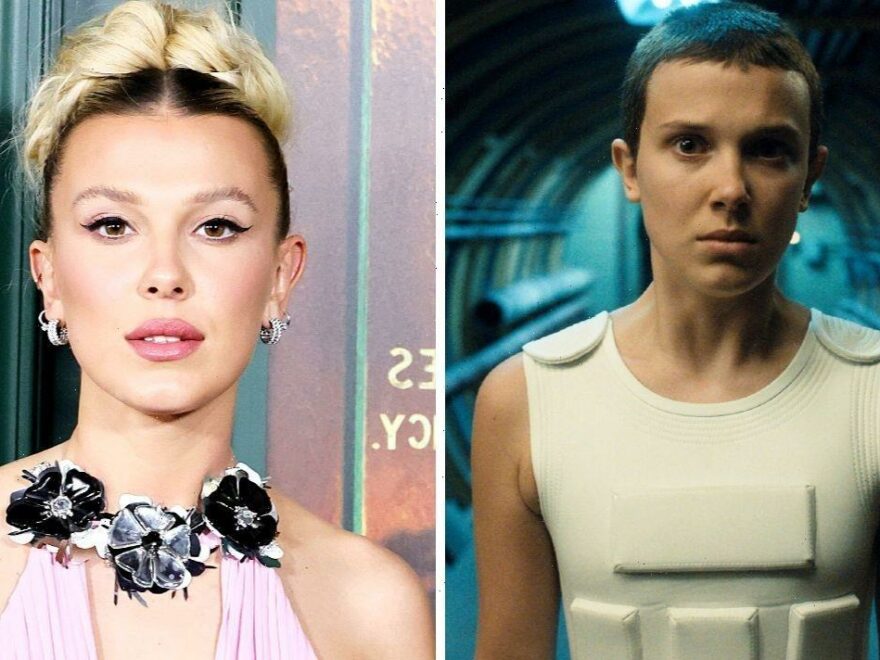 The fourth season of Stranger Things was watched by millions of streamers around the world when it was released in two epic instalments earlier this year. Although fans can’t wait to see how Eleven (played by Millie Bobby Brown) and the Hawkins gang take on the Upside Down for one final battle, actress Millie has revealed the Netflix drama’s final outing has yet to start production.

British star Millie has confirmed filming for the highly anticipated fifth season of Stranger Things won’t start until next year.

This year’s fourth outing concluded with an epic fight against Vecna (Jamie Campbell Bower), the evil entity behind the dark dimension which has been plaguing the small Indiana town.

However, the sinister sorcerer somehow made it out of the battle alive, and the finale concluded with the shocking revelation the Upside Down had started to leak into Hawkins.

Soon returning to screens as Enola Holmes in the Sherlock spin-off’s sequel, Millie opened up about bringing her iconic turn as telekinetic teen Eleven to a close.

“That does break my heart,” she said, confirming filming is set to begin again next year.

Unfortunately, it’s still not known when exactly production will start, so Netflix fans only have a rough estimate of when season five might be released.

An early 2023 filming block could mean Stranger Things could return in the first months of 2024.

Alternatively, if season five’s production takes place over the summer or autumn, fans may be waiting until the end of 2024 or even 2025 for new episodes to emerge.

Hopefully, Millie and the rest of the cast will provide something more concrete soon but, for now, streamers will just have to stick out the hiatus.

In the meantime, the actress has reflected on landing her breakout role and what it has meant to portray Eleven throughout her teenage years.

“We were all under 14 years old when we started – when we were in our formative years,” she told Netflix Queue.

“It’s the biggest time to be around people and figure out who you are.”

“I think that is why it is so important to us kids because it’s [been] such a huge part of our lives.”

Although saying goodbye to Eleven will undoubtedly be one of the hardest moments of her career, Millie assured her fans: “It’s only the beginning.”

About to return to her second major role for Netflix, Millie admitted she feels much closer to young detective Enola than her iconic sci-fi heroine.

“We are both very similar, quite dry, and brutally honest, and the fact that I can relate to Enola helps me to constantly add more things to her because as I grow, Enola does,” she explained.

“Eleven in Stranger Things is so far beyond who I am, while Enola feels like I’m coming back to a place of normality and consistency. I’m able to really create her character organically.

“Of course, there are times when [director] Harry Bradbeer comes up to me and says, ‘Now, is that Millie or Enola?’ And I go, ‘That’s Millie, let’s do it again!’”

Coming up, Millie will also be teaming with Marvel directors the Russo brothers for sci-fi thriller The Electric State, and will star alongside Angela Bassett and Ray Winstone in next year’s fantasy film Damsel.

Stranger Things seasons 1-4 are available to stream on Netflix.