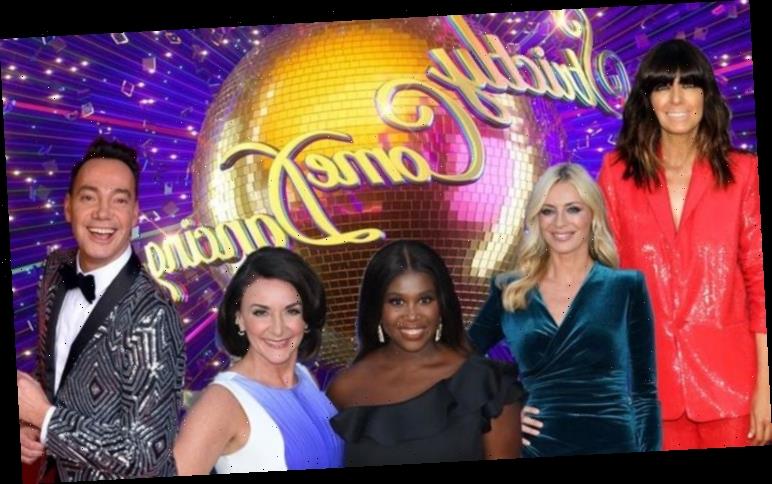 The Strictly Come Dancing 2020 line-up for this year’s series of the BBC dancing competition will unveil the first contestant to take part this evening. There has been much speculation for months about who will take part, how they will perform following social distancing guidelines and who long the series will be. Now, fans finally have answers.

The BBC confirmed the first contestant would be unveiled on The One Show this evening.

Hosts Alex Jones and Amol Rajan will be unveiling the first person to pick up their dancing shoes.

There’s been plenty of rumours about who will be taking part with reports former Men Behaving Badly star Caroline Quentin, 60, and funnyman Bill Bailey, 55, had signed up last week.

An insider said: “The BBC are delighted with the double signing. Caroline is looking forward to the challenge and wants to get properly stuck in. 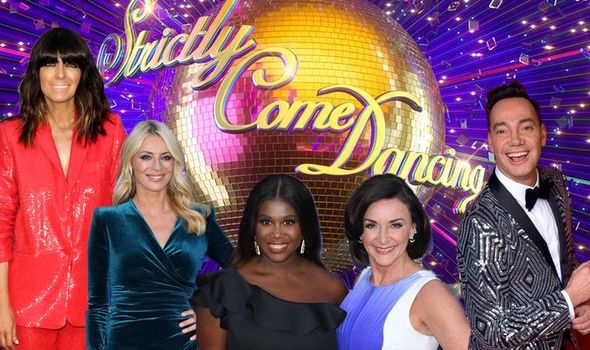 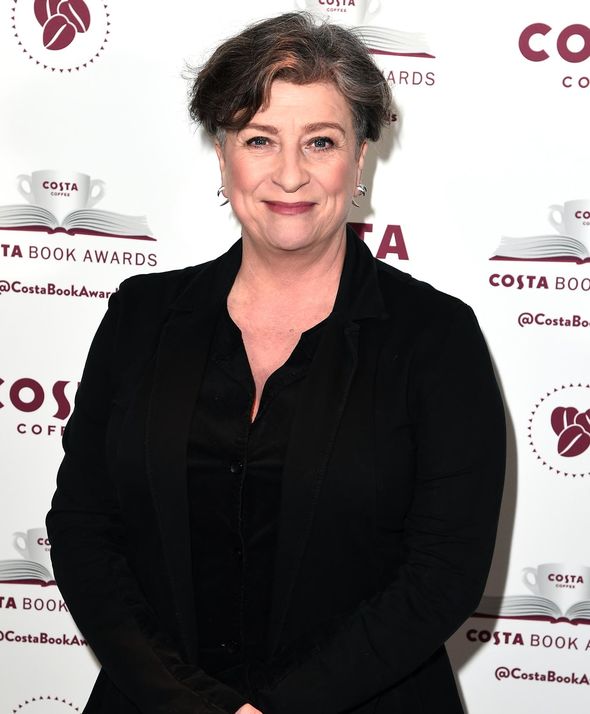 “And it’s a hard time for live performers so it seemed a good chance for Bill to commit to the show,” they continued to The Sun.

Meanwhile BBC Breakfast’s Dan Walker a favourite with bookmakers to switch his suits for sequins.

Furthermore, he is the bookies favourite to follow in the footsteps of current champion Kelvin Fletcher to lift the Glitterball Trophy.

A spokesman for Paddy Power said: “While the BBC’s Dan Walker is short-priced to join the show, and we’d also make him short-priced to win it should he swap soccer and sequins for salsa. 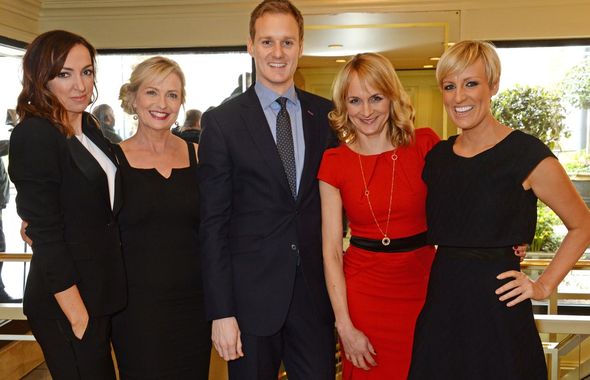 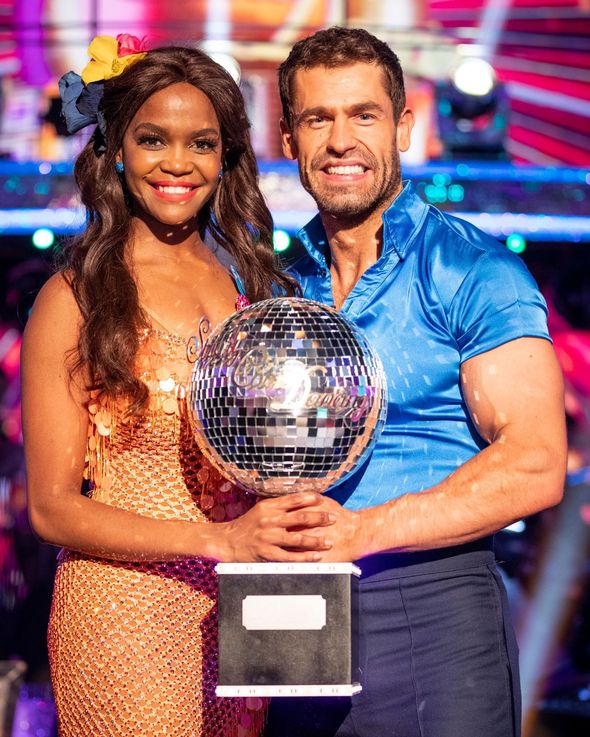 “We think he’s just the kind of candidate that could go on, win hearts, and win the entire thing.”

Last year, Dan sent his Twitter followers into a frenzy when he mistakenly revealed he had signed up to the show.

After sharing a clip ion him dancing with Shirley Ballas during his Kilimanjaro climb for @comicrelief, he hinted he had auditioned.

Dan tweeted: “I am 100% doing @bbcstrictly this year. Too busy with life, @BBCBreakfast, Football Focus & a new quiz on @BBCOne starting next month called #ChaseTheCase.”

However, he quickly realised his mistake as he followed it up with: “Ooops! NOT DOING. Quite an important word to miss out. I shall be watching from the safety of the sofa #Not.”

Meanwhile, Coronation Street star David Platt actor Jack P Shepherd, 32, could be eyeing up a spot with Betway placing his odds at 8/1.

Or, following in the footsteps of co-star Emma Barton, former EastEnders actress Jacqueline Jossa could take to the dance floor as Betway have the odds of her signing up at 1/5.

Holby City actor Hugh Quarshie, 65, who is best known for his role as Ric Griffin is evens with bookies to take part.

Hopefully by the end of next week, fans will know exactly who will be battling it out for the Glitterball Trophy.

Who will be the next champion of Strictly Come Dancing?

Newsreader Natasha Kaplinsky was the first celebrity to win the BBC dancing series, which originally aired in July of 2004. She was partnered with Brendan Cole. They finished 39 points ahead of competitor Christopher Parker.

Jill Halfpenny was the second star to impress the judges with her dancing skills. Partnered with Darren Bennett, the pair beat off competition from Julian Clary and Denise Lewis in December of 2004.

Cricketer Darren Gough won the third series of Strictly. He and partner Lilia Kopylova wowed audiences but never once finished at the top of the leaderboard.

Mark Ramprakash was the fourth star to lift the Glitterball Trophy. He was partnered with Karen Hardy and they were the first couple to restart a routine after their initial attempt saw Mark’s mic get caught in Karen’s dress.

Before becoming a Strictly judge, Alesha Dixon won the nation’s hearts and the Glitterball Trophy during the fifth series. She was partnered with professional dancer Matthew Cutler.

Holby City star Tom Chambers was partnered with Camilla Dallerup when he won the sixth series. He performed the Foxtrot and Salsa in the final week.

BBC Breakfast presenter Chris Hollins and his professional partner Ola Jordan surprised viewers when they beat Ricky Whittle and his partner Natalie Lowe in the final. They wowed with the Foxtrot, Charleston, Lindy Hop and Showdance.

Kara Tointon was the eighth celebrity to win Strictly. She danced with Artem Chigvintsev and failed to receive 40 points throughout her time on the show.

Former McFly star Harry Judd was the ninth star to lift the Glitterball Trophy. He didn’t top the leaderboard until week seven but then scored 40 points twice in the final.

The tenth series of the BBC show was won by Olympian Louis Smith. He danced his way to victory with professional partner Flavia Cacace. He faced competition from Kimberley Walsh, Denise Van Outen and Danni Harmer in the series finale.

Love Island host Caroline Flack took to the dance floor in series 12 where she scooped the Glitterball Trophy with Pasha Kovalev.

Jay McGuiness surprised viewers when he won the thirteenth series of the BBC dancing competition with Aliona Vilani. When he learned he’d won, he told host Tess Daly: “I feel spaced out – it’s really weird.”

Ore Oduba won the thirteenth series of the BBC dancing competition with Joanne Clifton. The sports presenter broke down in tears after beating Danny Mac and Louise Redknapp.

Documentary-maker Stacey fought off competition to make it to the Grand Final of Strictly Come Dancing with professional dance partner Kevin Clifton last year. When they won, Kevin described her as “the most wonderful person”.

Late to the Strictly Come Dancing party, Kelvin signed up after Jamie Laing was forced to pull out with an injury. But that didn’t stop the Emmerdale actor from dancing up a storm with professional partner Oti Mabuse.