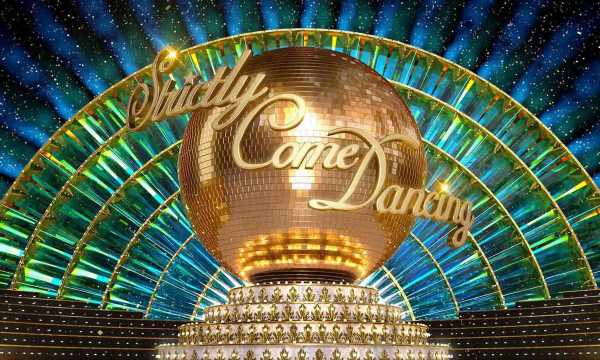 Strictly Come Dancing is coming around quickly and now that the launch show has been filmed, everyone is getting Strictly fever! While all the new contestants are nervous ahead of their first dance, Anneka Rice has admitted that she's worried about her future on the show as she has suffered a painful shoulder injury ahead of training. The TV presenter told The Sun: "I had quite a bad accident and hurt my shoulder. I fell really badly on a very wet grassy slope. I have been in physio for that so haven't done what I needed to do." Anneka has been in physiotherapy for the past six weeks in order to get back into shape, and while she is getting better, it is still holding her back.

She said: "It's getting better but it's meant I haven't been able to do the 'all singing, all dancing.' It's slightly holding me back. I told Strictly bosses, 'You do realise I won't be able to do one of these steps.'" On Monday, Anneka joined the Strictly class of 2019 as they filmed the launch show of the new series. Other stars appearing in the competition this year include Coronation Street actress Catherine Tyldesley, EastEnders actress Emma Barton and Made in Chelsea star Jamie Laing.

MORE: Kate Middleton preparing for new milestone with Princess Charlotte she was forced to miss with Prince George

Who do you think Anneka will be partnered with?

Anneka was the last star to be announced by Strictly, and admitted that she is feeling nervous. She said: "I haven't danced since I was seven and Miss Beer sent me home from my ballet class because I was hopelessly uncoordinated. My family and friends haven’t seen me dance since, not at a wedding or round a handbag, so it's going to be a challenge for my partner. In fact I've asked for two, one on each side. I can't see myself in a long frilly dress either. But I’m feeling recklessly excited. Strictly has always been my autumn's entertainment and now I'm part of it! My children will probably leave the country."

There have been a lot of changes ahead of the new series of Strictly. Most recently, it was announced that popular pro dancers Gorka Marquez and Graziano Di Prima won't be getting partners this year. Gorka admitted that the choice wasn't his, but that on the plus side it means that he can spend more time with his newborn baby daughter Mia. Fans are expecting that Neil Jones will be given a dance partner instead, something that has been rumoured but not confirmed yet. Strictly will also have a different dynamic this year on the judges' table, as Darcey Bussell has been replaced by Oti Mabuse's sister Motsi Mabuse.