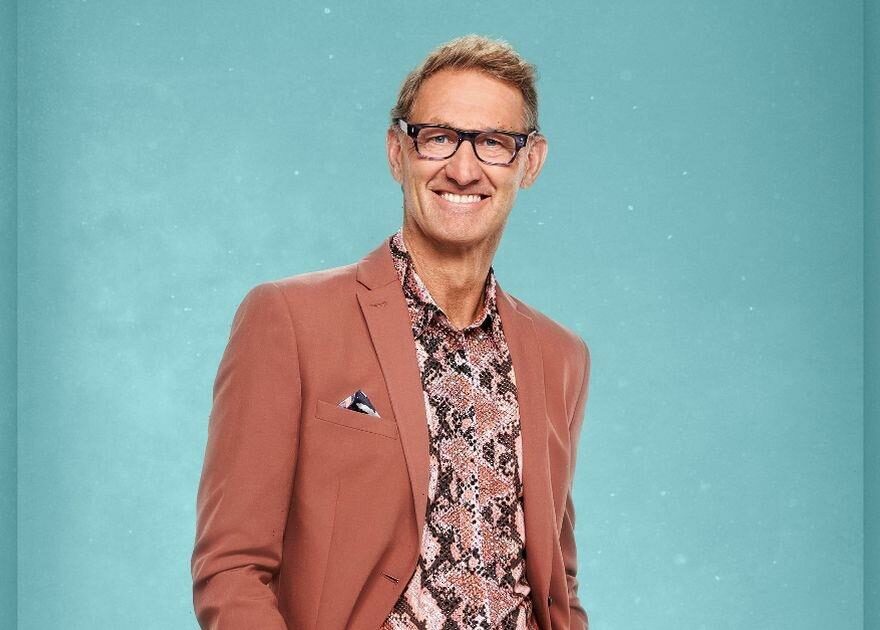 But will his performance be trophy winning or an own goal?

He and professional dance partner Katya Jones may not have impressed the judges on Saturday night (September 24), but fans loved it, with many declaring Tony a "hero" and a "legend" on social media.

READ NEXT: Become a fab-u-lous judge – cast your scores to our Strictly Come Dancing scoreboard

Tony seems to have captured the hearts of Strictly fans, as the latest series of the BBC competition enters its second week.

As viewers wait to see what the pair will perform on the dancefloor next, Daily Star takes a closer look inside Tony Adams' life.

Tony is an icon of the sporting world, after playing professional football for both Arsenal F.C and the England squad.

The centre-back also captained both teams during his 22-year career.

During his time with Arsenal, he won the club 13 honours – including four league titles – as well as 66 caps for England.

That's not all, as the star was quite the heartthrob back in the day, and even posed topless for GQ magazine when he was named "Man of the Year 1998."

Speaking to The Mirror, Tony even revealed he still has his six-pack, saying: "I’ve written biographies, warts and all – you know everything about me. Maybe I could do The Full Monty?

"I’ve gained a bit of weight. I’ve got a bit of muscle in areas I never thought I had, like my right buttock.

The star later decided to retire from professional football in 2002, but that does not mean he has left the pitch.

Tony has since put his footballing skills to use by managing a number of clubs, including Wycombe Wanders, Portsmouth and Spanish team Granada, between 2004 to 2017.

He was also inducted into the English Football Hall of Fame in 2008, and was named third in the top 50 "Greatest Gunners" poll on Arsenal F.C's website.

With such a stellar career, it is no surprise that the star is estimated to have a net worth of anything from £1m to £4.6m.

In recent years, Tony has opened up about his previous decade long battle with alcohol addiction.

The star, who has now been sober for more than 26 years, revealed on the Bryony Gordon Mad World podcast that he previously "drank too much, too often, for too long."

Speaking about his battle with alcohol addiction, he is reported to have spoken about feeling like he "didn't want to live" when he was drinking, but that "hitting rock bottom" helped him on his journey to becoming sober.

He also told The Guardian: "I have to remind myself, at the end of my drinking I did not want to live, but I didn't know how to kill myself. I was at 'jumping off point', we call it. I got there, and only then was I able to ask for help."

Tony has since founded the Sporting Chance Clinic, which is a charity that provides support to sporting professionals with mental health and addiction issues.

The star is also a patron of charities including 6 Addiction.

Away from the pitch, Tony has been married twice.

He married Jane Shea in 1992, with who he welcomed two children called Oliver and Amber, before the couple divorced in 1997.

He also revealed to The Daily Express that wife Poppy is not worried about the so-called "Strictly Curse", joking: "she's trying to get rid of me, that's why she pushed me into doing it."

Strictly professional dance partner Katya Jones also revealed that she is close friends with the couple after being paired with Tony, saying: "Me and Poppy have good chats, to make him work harder! I've been over to dinner, met the dog, and the daughter, they are absolutely lovely.

"Meeting them was the second best moment – the best was when they came and watched Tony dance for the first time, their reactions were absolutely priceless."

Tony's daughter Amber has also followed in her father's footsteps with quite the successful career of her own, working as a partnership agent for Digital Icon Agency, who specialise in influencer marketing and talent management.

She is quite the glamorous bombshell too, regularly sharing snaps of her jetset holidays on social media.

The brunette beauty wowed in a series of snaps, including posing in a tiny blue bikini, where she captioned the Instagram post with a blue butterfly emoji.

Followers flocked to share their love for the snap, with one saying "beauty in blue", while a second added: "I am LOST for words." Tony recently delighted Strictly Come Dancing viewers, after he paid homage to former club Arsenal during his performance in the first live episode.

Paired with professional dancer Katya Jones, the duo danced to Go West by The Pet Shops Boys – but with a footballing twist.

It is reported that Go West is sung by Arsenal supporters, who chant "1-0 to the Arsenal" to the tune of the song – and the Strictly band even joined in the fun by chanting it during their performance.

That's not all, as Tony also sat on a golden cannon at the start of the performance, in a nod to Arsenal's nickname as "the gunners," and their logo.

The icing on the cake however was his red waistcoat, which was adorned with the words "Adams 6" on the back, in another sporting nod to Tony's time playing for Highbury.

The performance went down a treat with Arsenal F.C, whose social media channels tweeted "We love it."

Meanwhile, fans took to social media to call Tony a "hero" and a "legend," but sadly the judges did not feel the same, awarding a total of 15 points to the pair.