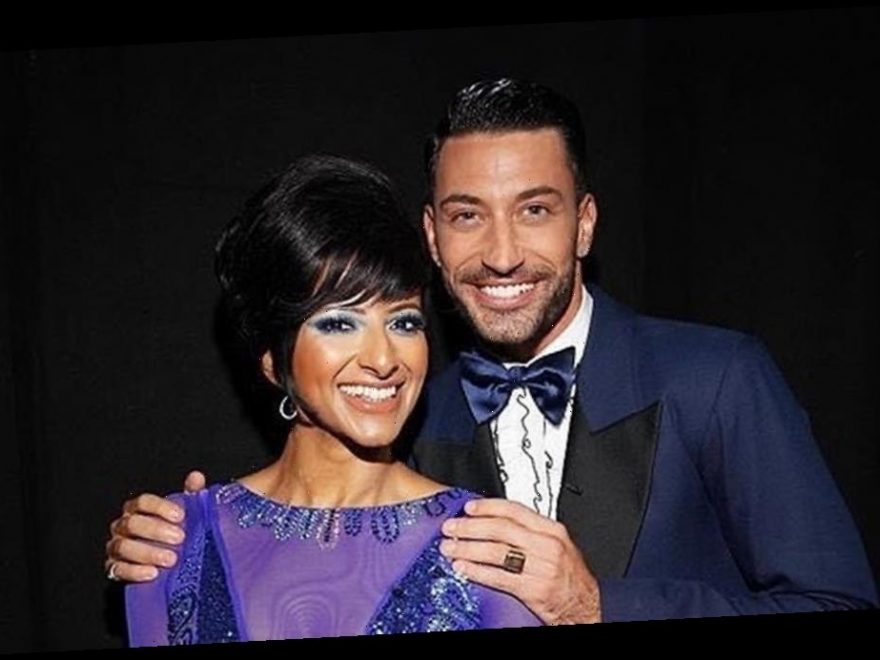 The 43-year-old GMB star wowed the judges and viewers with her sensational foxtrot on Saturday, and the journalist received the highest score of the series.

However, her beautiful dancing wasn't the only talking point as her post on social media fuelled speculation that she's sharing a "romance" with her Strictly professional partner.

Taking to Instagram, she shared a picture alongside her partner, gushing over her professional dancer after their Dream Girls-inspired foxtrot.

She captioned the post: "Totally transformed into a 1962 Dreamgirl for #movieweek @bbcstrictly by the sensational craft of @lisadaveyhair for the breathtaking bouffant @hollylouisehmua for the glam glittery eye make up and dreamy dewy skin and @vickygilldesign for the stunning outfit – and the support pants AWESOME WORK LADIES…" Ranvir then added a complimentary message about Giovanni which fuelled "romance" rumours.

She wrote: "Oh and @pernicegiovann1 literally gets out of bed and looks like that [eye roll emoji] and that's not even a joke [fire emoji]."

Her flirtatious remark comes days after viewers were commenting on her close bond with Giovanni, and many fans have suggested the infamous "Strictly curse" could strike again on the show.

One viewer wrote: "@piersmorgan has ranvir got the strictly curse with Giovanni piers see them both at the end by Claudia can't keep their hands off each other cuddles smiles kisses ???? Makes you wonder if something is blossoming …."

Another added: "Ranvir and Giovanni seem to get on rather well already don't they! Strictly curse?!"

After seeing several of Ranvir and Giovanni's passionate dances, a fan tweeted: "You were amazing ranvir!!! You and Giovanni have such a connection, is this the 'strictly curse' coming into play again?!"

"Is it wrong that I want Ranvir and Gio to go through the Strictly curse? What? I ship it", penned a third.

Ranvir is currently a single-mum to her son Tushaan following the breakdown of her marriage to his father, Ranjeet Singh Dehal.

Meanwhile, Giovanni is currently single after splitting from Pussycat Dolls' Ashley Roberts in January this year after they met on the show.

The ITV star revealed she was single when her Strictly stint was first announced.

Strictly Come Dancing airs Saturday at 7:10pm and Sunday at 7:15pm on BBC One.