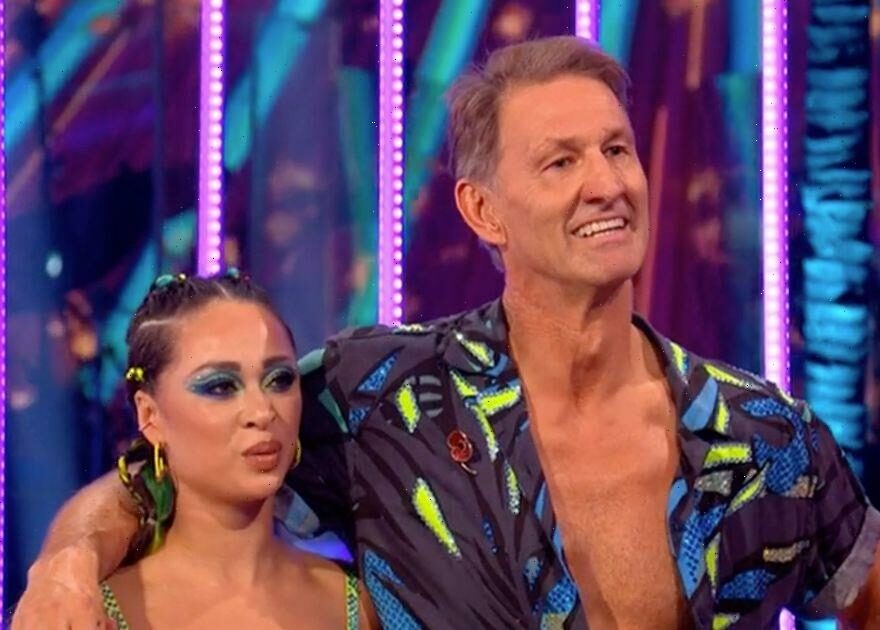 The former Arsenal footballer, 56, performed the salsa to I Know You Want Me (Calle Ocho) by Pitbull with professional dancer Katya, 33, on the BBC One show on 5 November.

Following the pair's performance, the judges gave their scores and critiques with head judge Shirley Ballas telling Tony he'd made "too many mistakes".

Shirley, 62, awarded Tony and Katya five out of ten, while Anton Du Beke and Motsi Mabuse were slightly nicer and gave the pair a six.

However, Craig Revel Horwood awarded Katya and Tony four out of 10 for their performance.

Craig, 57, told the former footballer: "You gave it a good go, but no darling it didn't work tonight," as he delivered his critique.

Meanwhile former Strictly pro turned judge Anton, 56, told Tony he "went a bit wrong" but admitted it was a "good effort none the less" and still praised his performance.

Motsi agreed, saying Tony "tried hard" but did note that he may have tried "too hard" to impress on the show. Head judge Shirley praised Tony and Katya and branded their dance "amazing" and told him he was "fearless" on the dance floor, but she did go on to admit he had made "too many mistakes".

"Well Tony, I actually thought you tried to give me rotation when you stepped backwards," Shirley said.

She added: "It is just an absolute shame you got on the wrong foot. You made too many mistakes, they were one after another."

However, Shirley did note that Tony had improved on his technical skills in comparison to previous performances.

Tony and Katya walked away with 21 out of 40 for their salsa, with the pair looking disappointed as they headed over to listen to the judges' critiques after their dance.

It comes after Tony wowed the judges and viewers on last week's Halloween special, with him and Katya performing a quickstep to "The Devil Went Down To Georgia" by The Charlie Daniels Band.

The pair were awarded 31 out of 40 from the judges, who were left blown away by the former footballer's dance skills.

Strictly Come Dancing airs on Saturdays on BBC One.