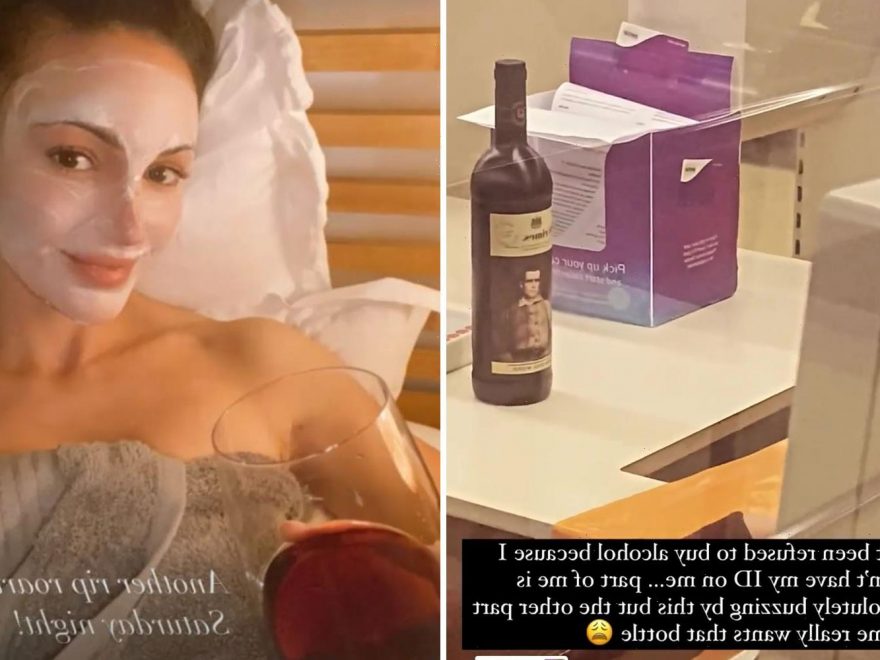 BRASSIC actress Michelle Keegan was left "buzzing" and devastated in equal measure as she was refused booze in Sainsbury's.

The TV star, who lives in Essex with husband Mark Wright, 34, headed to her local supermarket for groceries and a bottle of Nine Crimes red wine to round off her week – yet exited tipple-free. 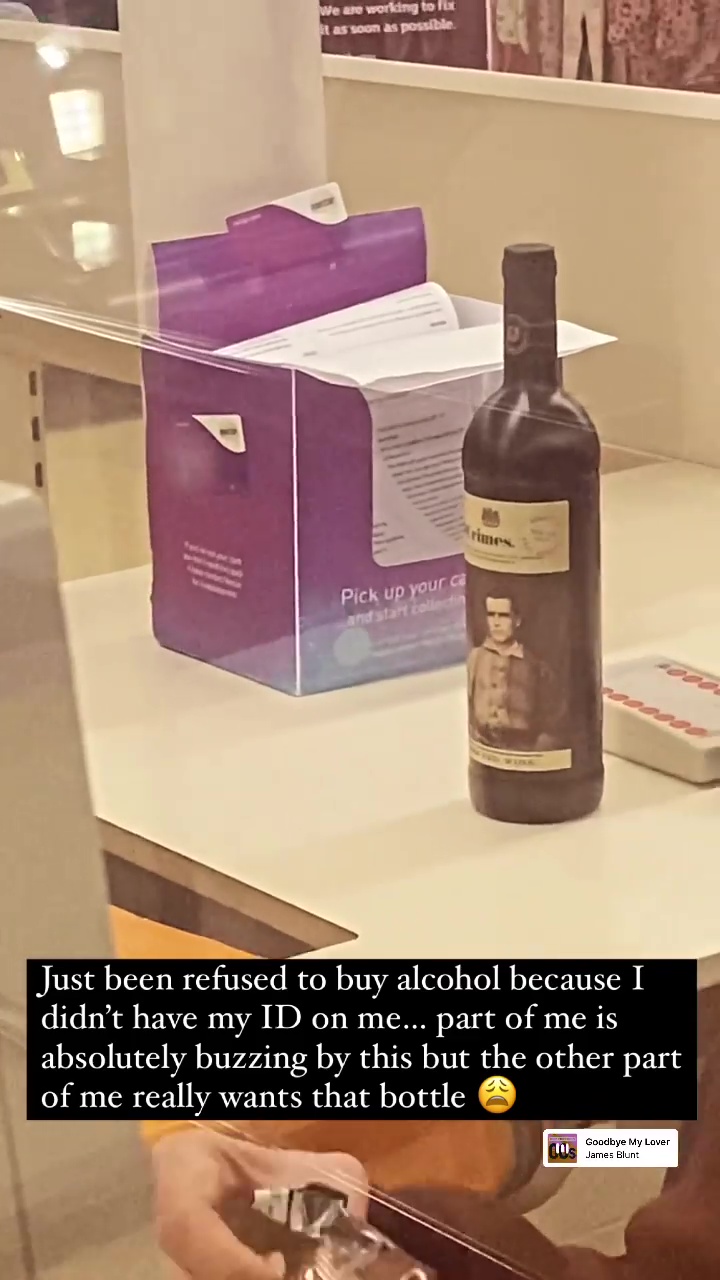 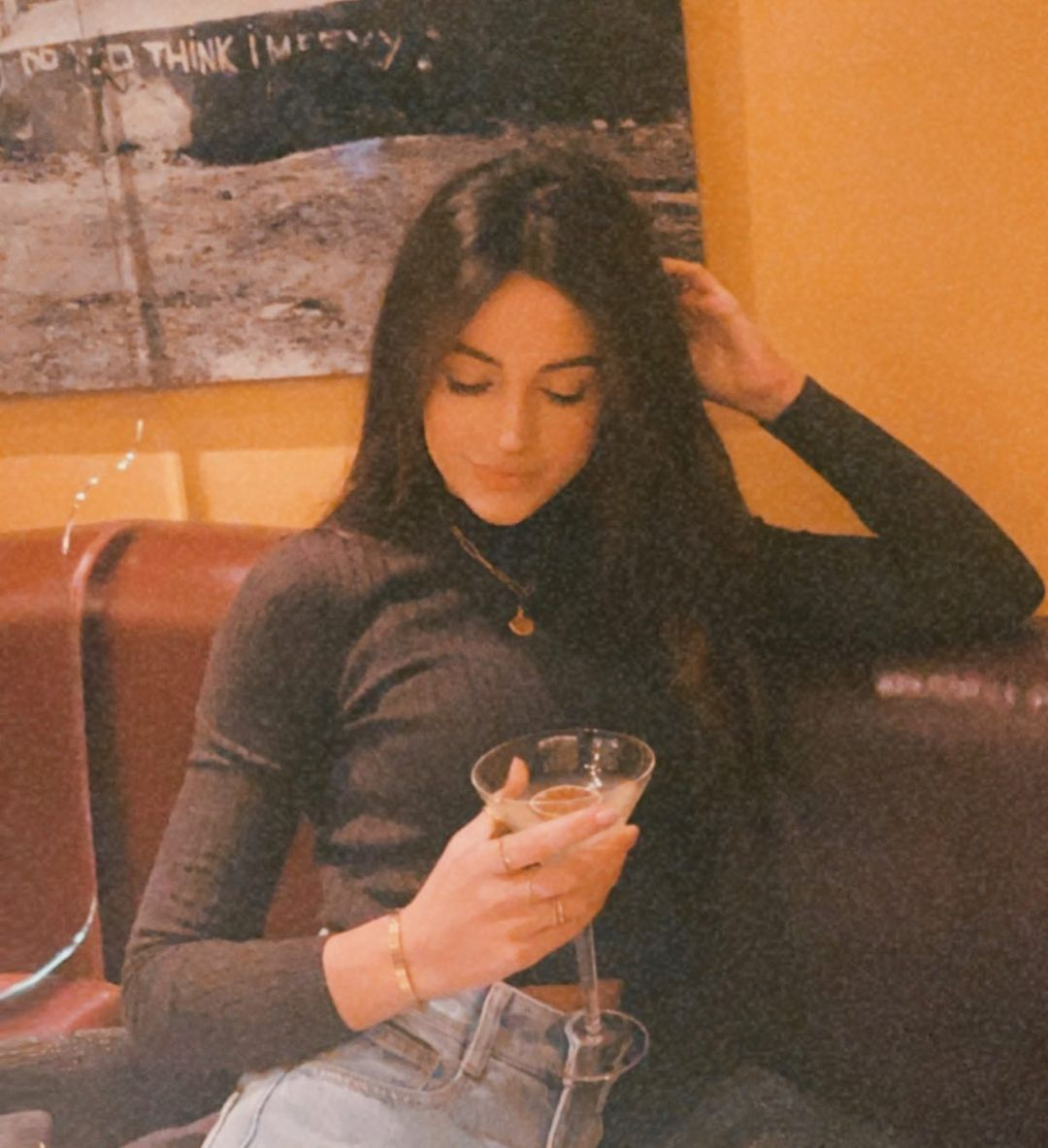 Michelle, also 34, took to her Instagram Stories to tell fans of the shopping fail as she posted a snap of the bottle looking lonely after being left on the counter.

The Coronation Street favourite posted: "Just been refused to buy alcohol because I didn't have my ID on me.

"Part of me is absolutely buzzing by this but the other part of me really wants that bottle."

Michelle rounded off her post with an anguished face Emoji icon and tagged the tune Goodbye My Lover, by James Blunt.

Her followers will have no doubt resonated with the incident and the vigilant identification policy of some shops.

Staff at the store appeared to be following the Challenge 25 policy.

This is a policy whereby anyone buying alcohol who appears to be below the age of 25 – seven years above the legal drinking age – can be asked to provide an acceptable form of ID before purchase.

Earlier this year, Michelle admitted she had given up on Dry January after just eight days as she shared a cheeky meme from hit sitcom Friends.

Posting to her Instagram Story, the actress shared an image of Jennifer Aniston's character Rachel Green emptying a bottle of wine into a glass.

Michelle simply captioned the post: "Me… 8 days into 'Dry January'."

Run by Alcohol Change UK, Dry January is a campaign that encourages people to stop drinking alcohol during the first month of the year.

Michelle has maintained her youthful looks ever since her stint as Corrie's Tina McIntyre back in 2008, and has refused suggestions of surgery.

"I like the fact people point out they think I’ve had a nose job," she told Sunday Express's S magazine in 2018.

"They think I’ve had new cheeks, a new chin – but I haven’t and I don’t think I ever would, if I’m being honest. I’m scared it’ll go wrong!"

In terms of non surgical pep-ups, doctor to the stars Dr Esho told new! Magazine: “When Michelle visited the clinic, she has a combination of three treatments. She has amazing skin anyway, but she always maintains it in the right way.”

He revealed the star gets a HydraFacial which costs £150, a pHformula Vitamin C Skin Resurfacing treatment which costs £250 and Dermapen micro needling at £350 a pop.

The doctor recommends the treatments are carried out every month, which would set you back £9k a year.

"She has a great complexion anyway but this treatment is designed to repair the surface layers of the skin and to leave it looking brighter, tighter, toned and with pores appearing more refined," added the doc.

Despite her flawless skin, Michelle has also denied having Botox, explaining as an actress she needs to be able to move her face.

“Everyone says that I’ve changed my face and I’ve had Botox, but you have to be able to move your face when you’re an actress – which I can do," she told The Mirror.

“So you can see I haven’t had it. I don’t worry about what people say though, what’s the big deal about Botox?

"I know loads of people who’ve had it, it’s not a big deal.” 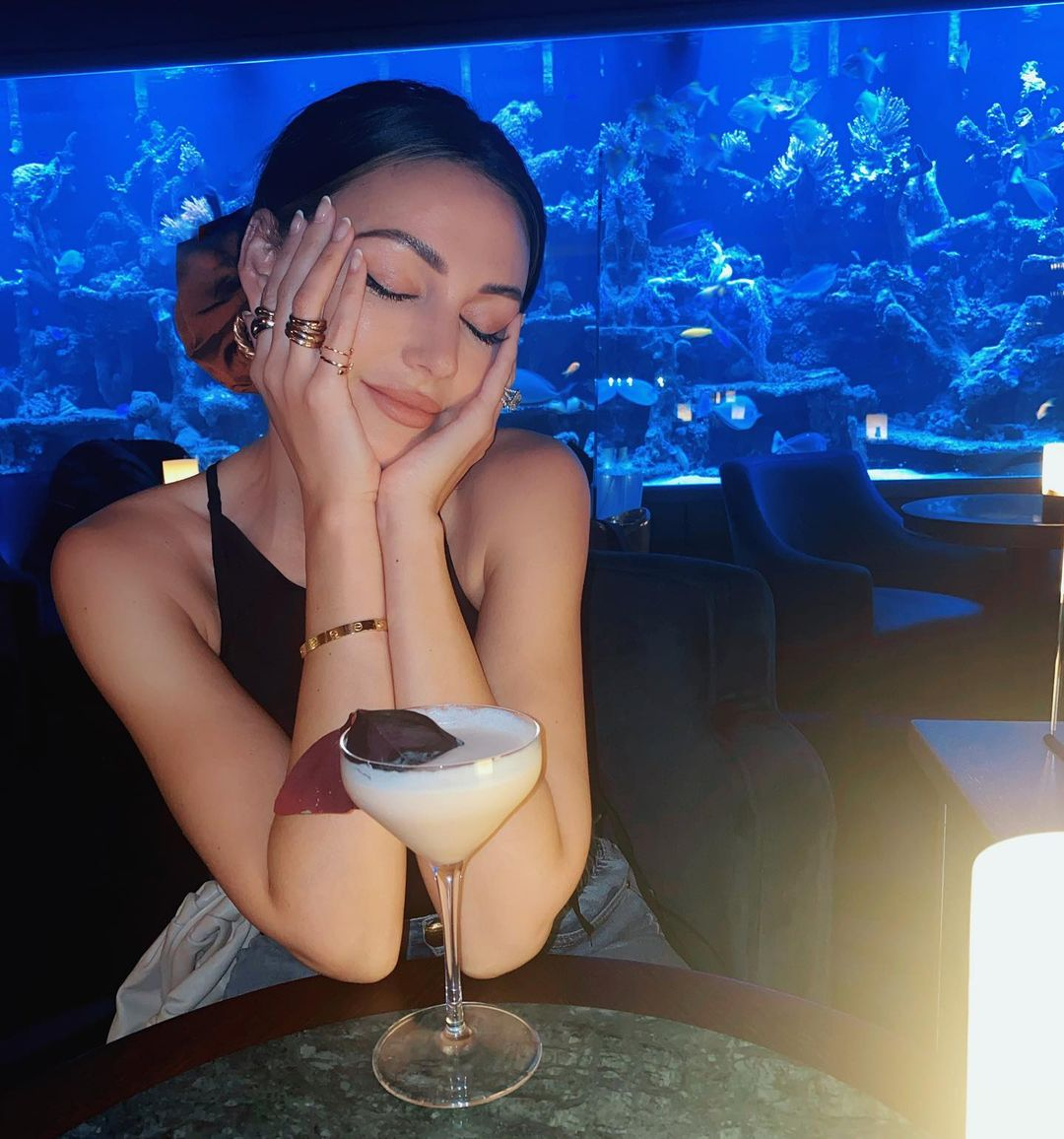 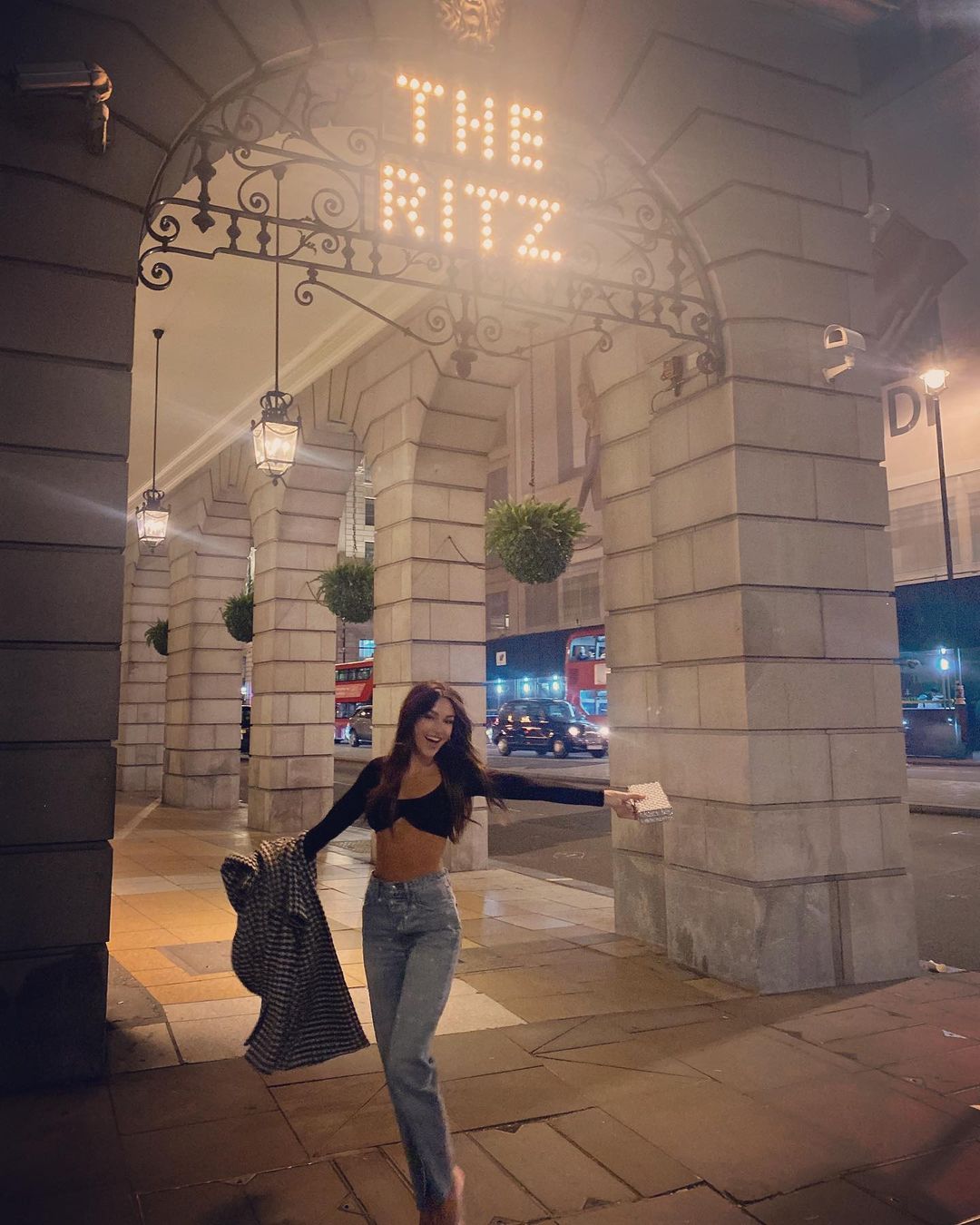 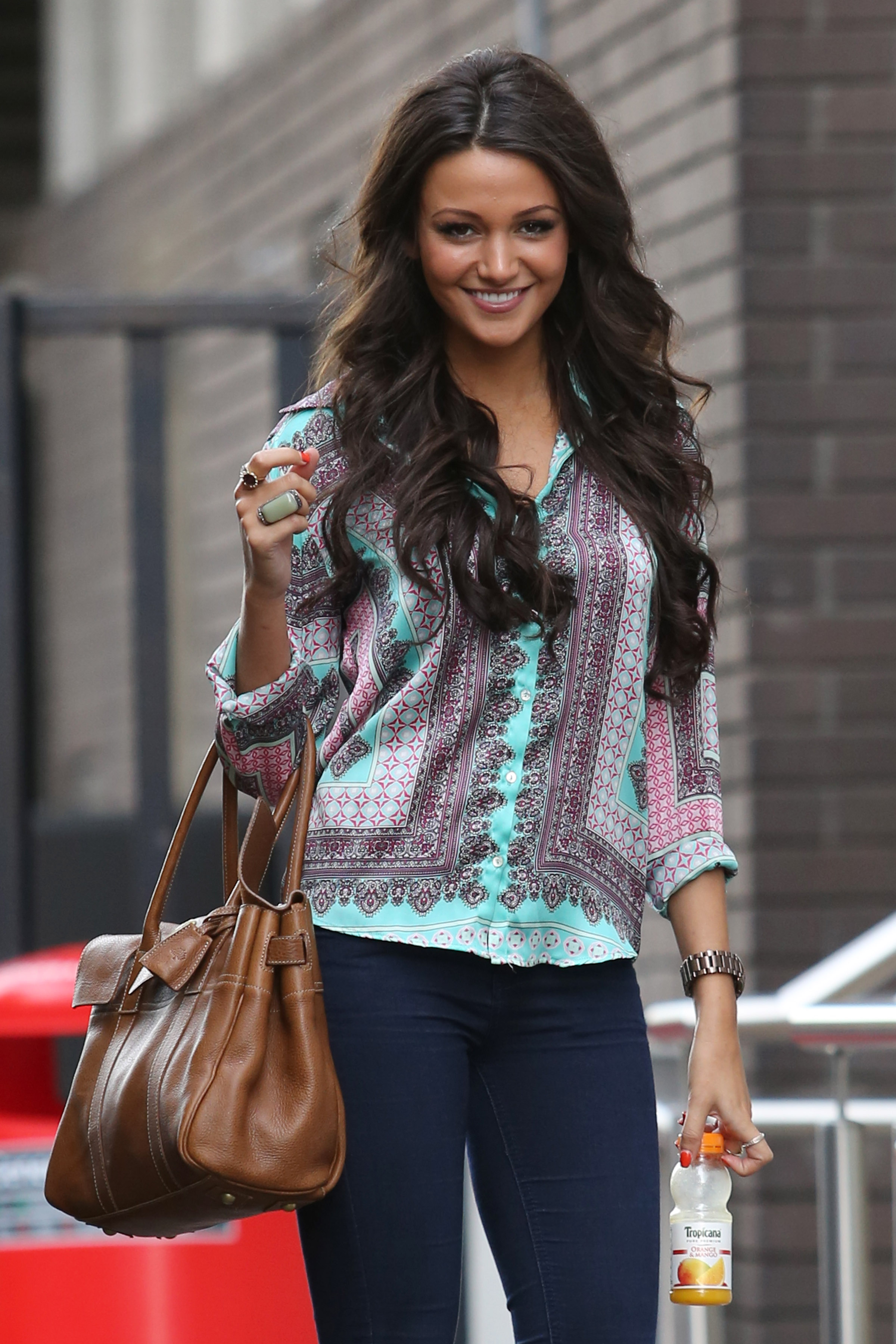