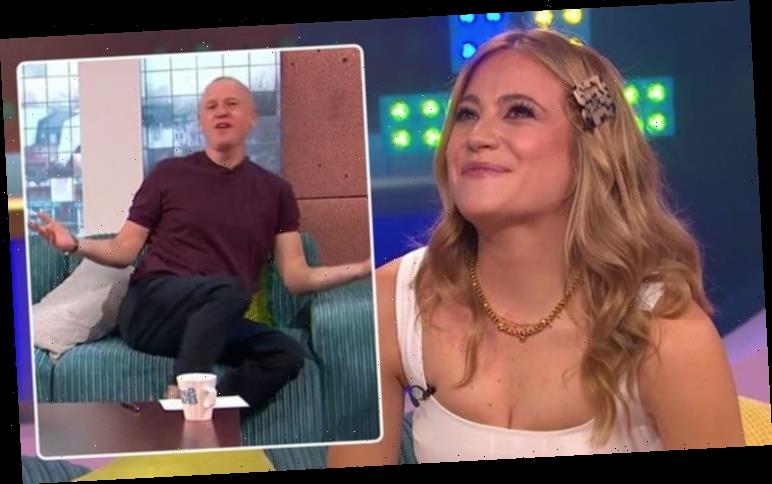 Channel 4 viewers tune into Sunday Brunch every weekend where Simon Rimmer and Tim Lovejoy offer up a range of foodie treats as well as delving into the lives of some famous faces. This morning, the duo sat down with Pixie Lott who was on to speak about her new podcast which sees her explore important years of fellow celebrities’ lives. However, the star was left red-faced after she brought up the topic of marriage to divorced host Tim.

The pair were also joined by a further stream of guests via video-link, including Celebs Go Dating’s Tom Read Wilson, who dished out some gossip about the E4 programme’s first virtual celebrity dating series.

Pop star Pixie was up later in the show to talk about her newest move amid recording her latest album, six years since her last release.

The musician announced her podcast titled Stories of 29 and was soon quizzed about where the idea came from by the hosts. 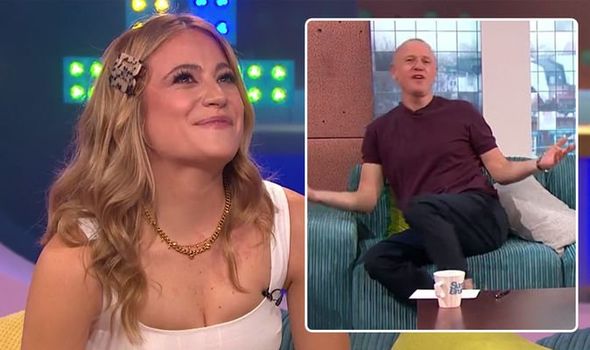 She explained she had met an astrologist who alerted her to the age of Saturn return, 29-years-old – the birthday Pixie had celebrated earlier this year.

The star also told the duo how she was “used to being interviewed” and had loved the chance of being able to be on the other side of the questions for once.

Pixie went onto reveal the calibre of guests she had already had on the latest celebrity podcast offering, which sees them discuss memorable ages or moments from their lives.

She asked Tim: “What year would you choose as your most pivotal year? Off the top of your head?” To which he replied: “I thought my agent said we weren’t talking about that? 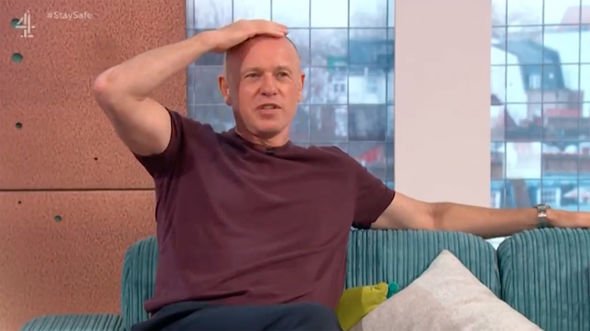 Pixie laughed off the comment, to which Tim added: “Did you not get the briefing? Most pivotal year? “

The guest gave examples of what this could manifest as to the hosts, such as the year their first child was born or the year they got married.

However, after the topic of marriage came up, Tim quickly jumped in, telling her: “Sore subject, I’m divorced.”