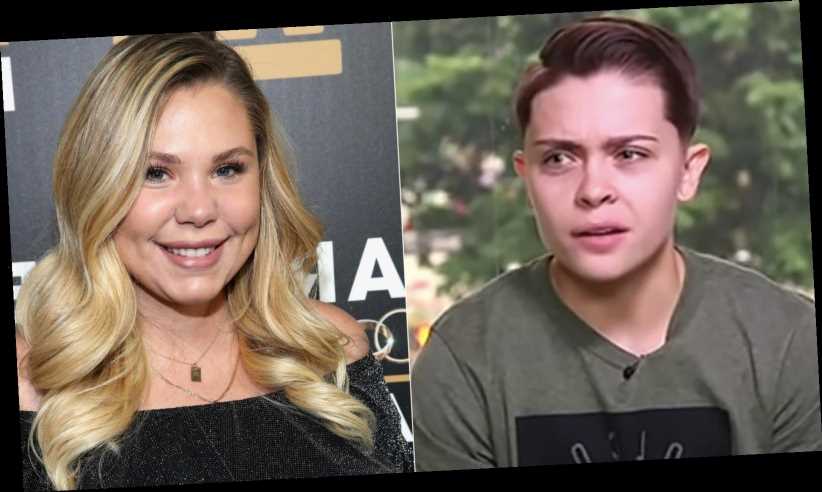 Keeping up with Kailyn Lowry’s love life is arguably no easy task. For those who aren’t in the know, the Teen Mom 2 star shares son Isaac with Jo Rivera, son Lincoln with Javi Marroquin, and her sons Lux and Creed with Chris Lopez. Not too long after welcoming Lux in 2017, the beauty was briefly linked to Dominique Potter. Dominique seemed smitten with Kailyn, who is openly bisexual. “There really aren’t many people on this earth that I’d do all this last-minute s**t with,” Dominique wrote to her girlfriend on Instagram in October of that year, then asking her followers to “comment on how poppinnnn [Kailyn] looked,” per In Touch Weekly.

The pair went their separate ways in January 2018 after Dominique learned that Kailyn had cheated on her with Javi, who had recently split from Briana DeJesus (he later got back together with his now-partner, Lauren Comeau. Dom took her frustration to Twitter, but based on Kailyn’s earlier description of their relationship, it sounds like the romance was never serious. “We were friends for a year until it just kind of like turned into it [a relationship]. It’s not like she was trying to wine and dine me to ask me to be her girlfriend,” Kailyn revealed during a November 2017 episode of her Coffee Convos podcast, per People. “We go out to eat,” she added, but said, “I have never gotten a babysitter and gone on a date.”

So what else do you need to know about Kailyn’s past relationship? Keep on reading for more details.

What Kailyn regrets about her time with Dominique

Although Kailyn Lowry’s relationship with Dominique Potter wasn’t meant to be, the Teen Mom 2 star still regrets how they ended their brief romance. “…I feel bad about the way I went about the situation with Dom. She’s so sweet but I really just didn’t know how to handle it all. I didn’t want it on TV, and I guess I really didn’t value how seriously she took us. So in turn, she feels embarrassed and betrayed. That’s my fault,” Kailyn told Us Weekly in June 2018. “There are so many things that I regret — little decisions really — I feel like I let myself down, my kids down, and I just want to refocus on myself and my family.”

Kailyn also addressed their split on Twitter, writing, “Dom & I dating – I wasn’t trying to deny her or a relationship & we had fun while it lasted but things didn’t work out.” However, in a different interview, she denied their connection was romantic. “Dom and I never hooked up,” she said, per OK! Magazine. “We never hooked up, we never had sex, so you were my girlfriend? I don’t think a peck on the cheek or lips is anything.” As for Dom’s take? She told Radar Online that they did hook up, and she felt the need to take an STD test. “She can’t keep her story straight,” she said. “I was so hurt.”

Well, it sounds like Kailyn and Dominique’s breakup was for the best.