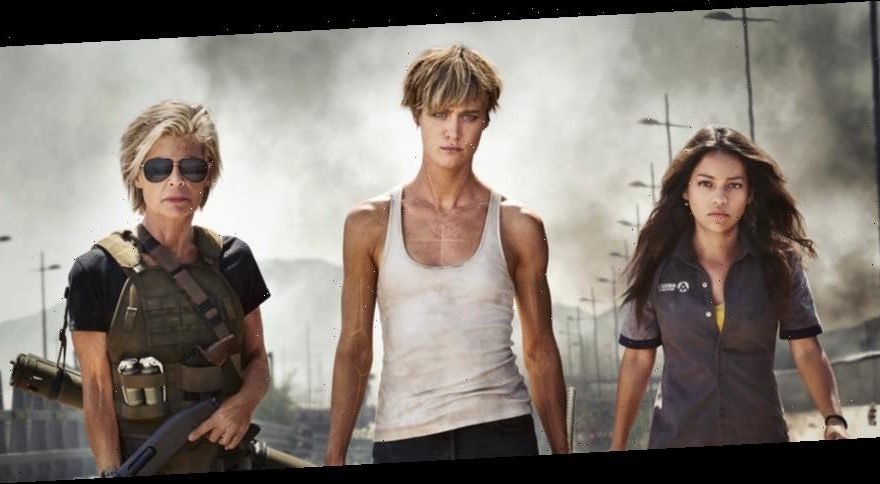 Terminator: Dark Fate made a valiant effort to properly reboot the Terminator franchise by sending it off in a fresh direction while still having ties to the the original continuity after Terminator 2: Judgment Day. It essentially gave the Terminator franchise the same treatment that The Force Awakens did for Star Wars, complete with the return of Linda Hamilton as Sarah Connor, a new Terminator played by Gabriel Luna, Mackenzie Davis as a cybernetically enhanced resistance fighter from the future, and a new take on the John Connor formulua in the form of Daniella (Natalia Reyes), the new savior of the future war between humans and technology.

Unfortunately, Terminator: Dark Fate didn’t rake in as much cash at the box office as Paramount Pictures and Skydance hoped it would. The film earned $261.1 million worldwide, which isn’t the best way to start a “new” blockbuster trilogy as producer James Cameron hoped. Thankfully, Mackenzie Davis has given us some insight into where a Terminator: Dark Fate sequel would have gone, though it admittedly raises more questions than answers.

While appearing on the Happy Sad Confused podcast (via JoBlo), Mackenzie Davis confirmed that she would have come back for the sequel and she briefly teased what might have been:

“It was gonna be a sort of timeline thing, where there’d be another timeline that you’d explore. Like, there’s no resurrection, but she came from the future, so…”

That’s pretty vague, and it actually sounds rather confusing. So let’s break down the possibilities here, but beware that we’ll be digging into spoilers for Terminator: Dark Fate.

At the end of Dark Fate, Mackenzie Davis’ character Grace sacrifices herself to save Daniella, allowing her to live and become the leader the human resistance needs in the future. But even though Grace is as strong as a Terminator, she’s still just a cybernetically enhanced human. That means in order for her to come back, another version of her would have to time travel from another timeline.

Does that mean that the Dark Fate sequel could have possibly seen the new artificial intelligence known as Legion sending another Terminator back in time to change something between the events of Dark Fate and the future, resulting in a new future timeline for Grace to travel back from? Or is this just Davis mentioning the “present day” story in Dark Fate continuing and resulting in Grace possibly being sent back from that timeline? Honestly, the Terminator time travel has become exhausting as sequels have gone on.

Since Dark Fate was a fairly satisfying attempt at redirecting the franchise, it’s a shame we won’t get to see it play out as planned. Maybe it’s for the best since Linda Hamilton said she would be happy to be done with the franchise. Still, you just know someone is going to reboot it again in the next decade, so get ready for that.