ABC and Fox led the pack on Monday night as The Bachelor and 9-1-1: Lone Star returned for new episodes.

Fresh off their premieres last week, The Bachelor and Lone Star were respectively the night’s highest-rated and most-watched programs. The Bachelor topped the demo earning a 0.7 in 18-49 and 3.07 million viewers, slightly down from from last week’s Season 26 debut (0.9, 3.75M)

Lone Star brought in a 0.6 demo rating and 4.86 million viewers, but also saw a minor drop from its premiere in the previous week (0.7, 5.25M). Both Fox’s and ABC’s title outshined NBC, the CW and CBS – however the latter two were both in reruns.

The final hour of primetime saw 0.2 demo ratings across the board for a repeat of CBS’ NCIS: Hawai’i, which topped the night, ABC’s Judge Steve Harvey and NBC’s Ordinary Joe.

On Tuesday, The CW will feature the premieres of Superman & Lois and Naomi. ABC’s slate will feature new episodes of Judge Steve Harvey, Abbott Elementary, black-ish and Queens. CBS is back with the FBI franchise, while NBC touts new installments of American Auto, Grand Crew, This Is Us and New Amsterdam. Fox will kick off its Tuesday primetime slate with a repeat of 9-1-1: Lone Star before moving into a new installment of Our Kind of People. 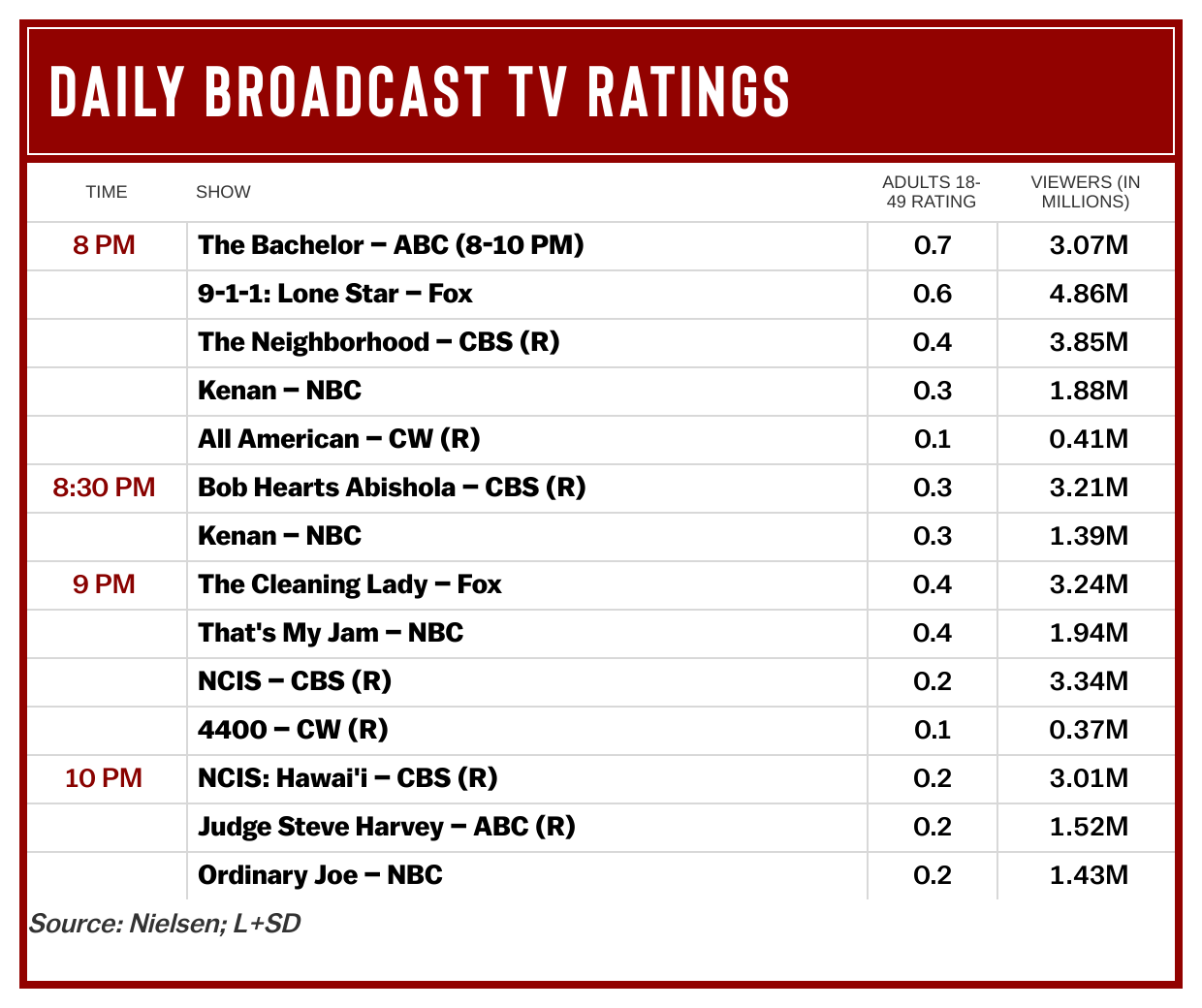