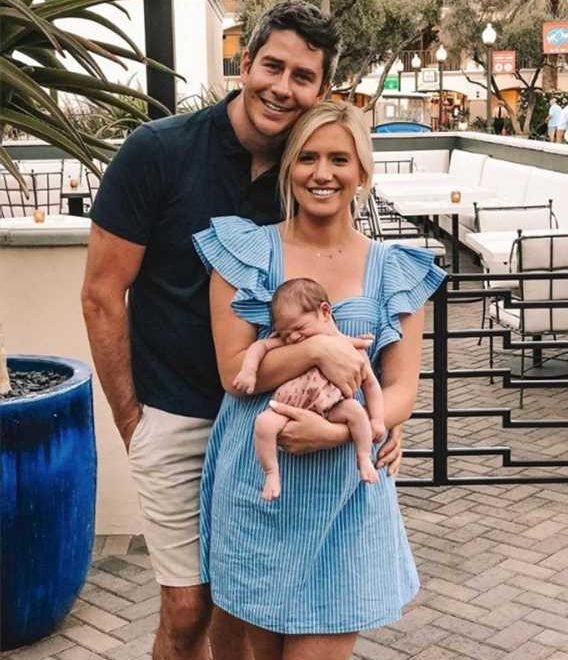 On Tuesday, the Bachelor Nation couple revealed on Instagram that they decided to get married for a second time, eight months after their wedding ceremony in Maui, at A Little White Wedding Chapel in Las Vegas.

Burnham, 27, wore a white dress in the photos as she sat on a pink Cadillac beside her husband, 37, who opted for a white jacket and a black shirt and pants. The couple was also joined by their daughter Alessi Ren, who was born in May, for the photo shoot.

“We got married on Saturday (again) in the back of a pink caddy in Vegas,” Luyendyk captioned his Instagram post. “Our new friend and legend @mrjordan1911 officiated (Elvis sat this one out). Can’t wait to show you guys more, we’ll post on our YouTube tomorrow 💒👰🏼🤵🏼 #thisishowwedoit #wedidit #again📸:@bethanypaigephoto.”

“@Ariejr’s so nice I married him twice!💒,” she wrote. “We always joked about ditching our plans for the first wedding and eloping in Vegas so we thought, what the heck, why not have both? Best decision we ever made as this day will be a hilarious memory we will cherish forever. Thank you @mrjordan1911for officiating this special moment for us. Stay tuned for the video dropping tomorrow on our YouTube.💕 #thisishowwedoit 📸: @bethanypaigephoto.”

Several Bachelor Nation members gushed over the couple’s second wedding in the comments, including Bekah Martinez from Luyendyk’s season of The Bachelor, who wrote, “THIS. IS. SO. CUTE.”

Luyendyk and Burnham, while pregnant, first tied the knot at Haiku Mill in Maui in January, 10 months after they got engaged on The Bachelor‘s After the Final Rose special following the controversial finale, when he proposed to final pick Becca Kufrin.

The wedding was officiated by Chris Harrison, and former Bachelor Sean Lowe and his wife Catherine Giudici Lowe were also in attendance.

“Love is not always perfect,” Luyendyk told PEOPLE in March. “Everyone finds each other in a different way. It’s not always a fairy tale, but as long as Lauren and I have each other, we’re happy.”

In June, the couple opened up to PEOPLE about life with their daughter Alessi Ren, one week after she was born.

“The first few nights were obviously rough,” the former Bachelor told PEOPLE. “We are learning, but it has been really exciting. We aren’t really getting any sleep — probably because we can’t stop staring at her.”

“I am obviously really glad the pregnancy part is over and so happy to finally have her,” Burnham agreed. “She is the sweetest thing in the world and I can’t stop staring at her.”