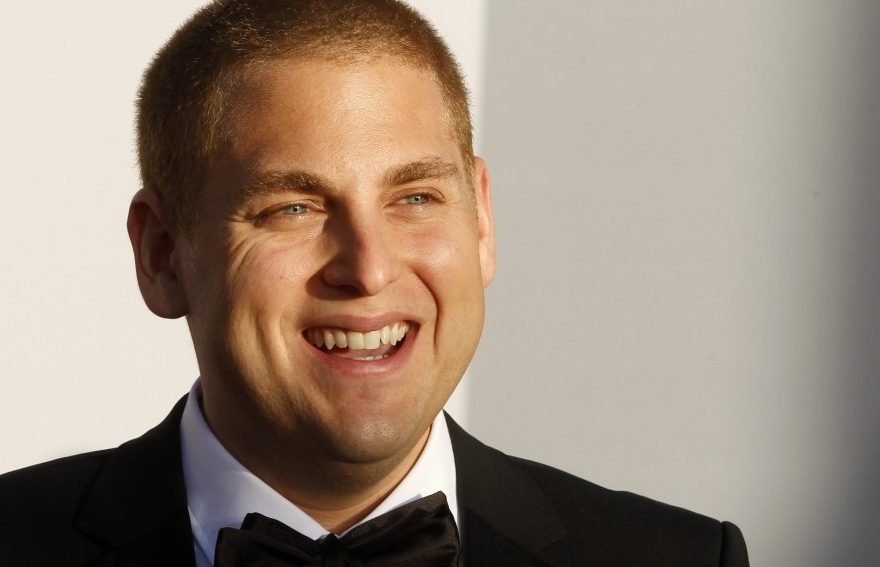 Update: THR reports that Hill is in talks to play either The Penguin or The Riddler in the new movie, although Hill and the studio can’t seem to agree on which one he should play and there’s a chance they may not come to an agreement. Our original article follows.

Just minutes after word came out that Westworld and Casino Royale actor Jeffrey Wright was in negotiations to play Commissioner Gordon in The Batman, a new report now says two-time Oscar-nominee Jonah Hill is also in talks to join the cast.

But who could Hill be playing? It’s a mystery fit for the World’s Greatest Detective…could someone call Batman and ask him about this? I hear he has a big red phone that goes directly to the Batcave.

Variety reports that Jonah Hill is in talks to join Robert Pattinson in The Batman, the latest cinematic take on the beloved comic book hero. The outlet says “producers had long wanted Hill for the project, but casting decisions were put on hold until the role of Batman was filled. The deal hasn’t closed and sources say it could still fall apart, but both sides are engaging on Hill joining.”

Unfortunately, there’s no word on who he’ll be playing in the movie, leaving us to wildly speculate. My first guess would be that Hill could be playing a new version of The Penguin, aka Oswald Cobblepot, the rich, well-dressed Gotham City socialite who occasionally uses weaponized umbrellas to inflict damage on his enemies. Reeves (Cloverfield, War for the Planet of the Apes) is said to be taking the Batman character back to his detective roots in this movie and is rumored to be keeping a realistic approach to his world-building. The film is also rumored to feature several villains and even venture into Arkham Asylum, so it wouldn’t surprise me to see Hill end up playing a more grounded version of The Penguin than Danny DeVito’s disgusting, over-the-top, and weirdly prescient iteration of that character from Tim Burton’s Batman Returns.

Hill has never starred in a live-action superhero film before, though he has voiced a character in the 2010 animated superhero movie Megamind and lent his voice to the DC Comics superhero Green Lantern in The LEGO Movie, The LEGO Batman Movie, and The LEGO Movie 2: The Second Part.

I’d like to take this opportunity to shine some light on the Netflix series Maniac, in which Hill stars opposite his Superbad co-star Emma Stone. It’s a fantastic, mind-bending series, and Hill does great work in it. It’s definitely worth adding to your queue if you haven’t seen it yet.