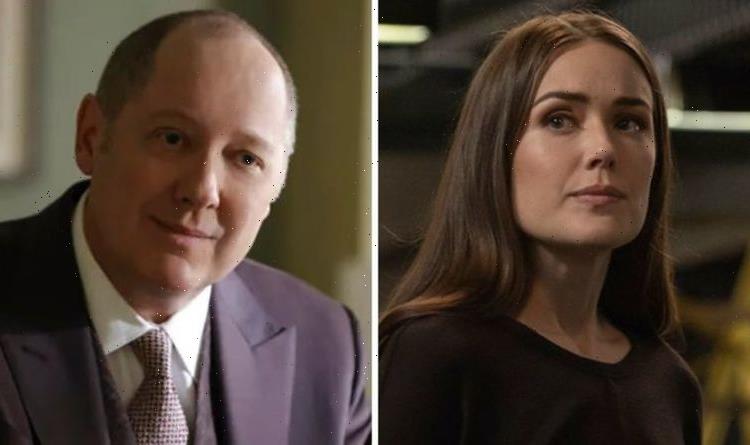 NBC’s crime thriller has left fans with major questions since Blacklist first aired in 2013. The biggest one being why Raymond ‘Red’ Reddington (played by James Spader) would only work with Elizabeth ‘Liz’ Keen (Megan Boone). Now fans believe they have worked out his true identity, which could be the answer to all their questions.

As the series begins, Red is a former U.S navy officer who changed the course of his life when he became a high-profile criminal.

After avoiding his arrest for years, he mysteriously gives himself up to the police, hoping to strike a deal to benefit them both.

Red told the FBI about a list he compiled of all the most dangerous criminals in the world and was offering to give up this information in exchange for complete immunity.

Strangely enough, he also added a simple request, asking if he could exclusively work with new FBI profiler Elizabeth.

Fast-forward to the shocking season eight finale and Liz was fatally shot in the back by Neville Townsend’s (Reg Rogers) hitman while on her way to meet Red.

With this information, fans were able to piece together clues and certain flashback scenes which could reveal Red’s true identity.

Taking to Reddit, user i_bite_right revealed: “Red once lived under the name of Katarina Rostova, I watched Liz’s death scene after not having watched the show since the middle of S5 was on air.

“Liz’s montage of flashbacks, toward the end, in particular, brought me to the conclusion that Red=Katarina is the identity reveal The Blacklist went for,” they explained.

This shocking fan theory would suggest Red was in fact Liz’s mother, which was surprisingly supported in the season eight finale.

In the prelude of the finale, Red confessed he was N-13 the spy she had been working tirelessly to detain all season.

With this discovery, viewers were finally given an insight into Liz’s background and how Red got involved in it.

The flashback scenes detailed Liz’s mother Katarina Rostova becoming a spy before building a relationship with her father, the real Raymond Reddington.

This was all in an attempt to gather information and intelligence on a U.S operative, which was requested by Liz’s father Dominic Wilkinson (Brian Dennehy) and the KGB.

This would suggest Liz’s mother is still alive and she used Red as a character to watch over and look after her.

This would definitely explain why Red would only work with Liz at the beginning of the series, even though she was new to the team.

Although she had her reservations, she went ahead and did her job to hunt all those criminals.

Another fan, AiryGr8, agreed with the original theory and responded; “I think I remember Dom complaining to Reddington about how he stole his daughter and granddaughter from him.”

The user added: “Though given all the other plot holes in this show, this doesn’t sound very far fetched.”

Throughout the final episode of season eight, Red was supposed to give Liz a letter from her mother which promised to explain everything about his identity.

With The Blacklist finally returning this month, perhaps season nine will bring more answers for viewers and reveal the full context of the letter.

The Blacklist season 9 premieres on Thursday, October 21 on NBC. A UK release date is yet to be announced.