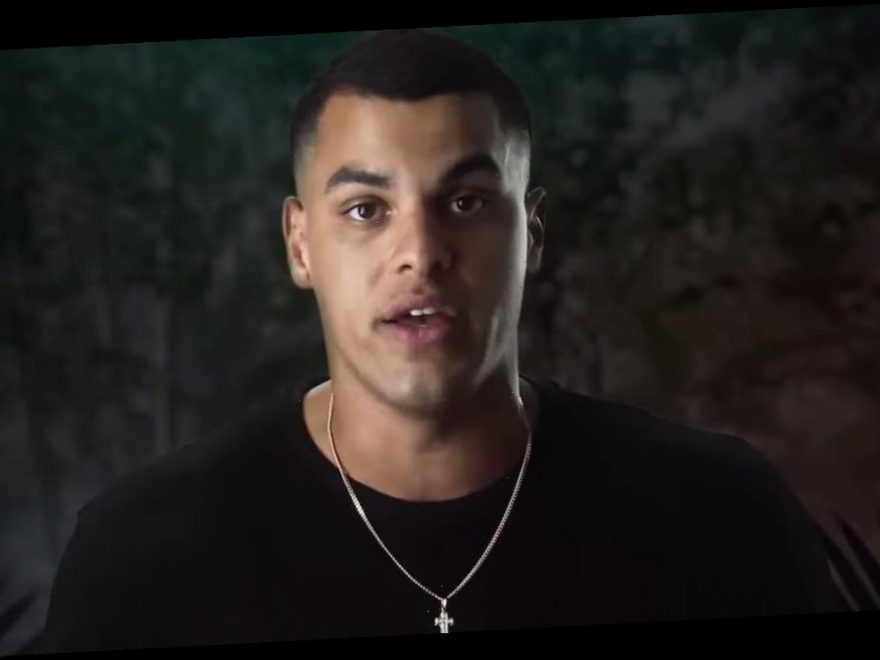 Martinez, also a Big Brother alum, has been more active on Twitter recently, leading to speculation over his involvement with MTV’s newest season.

A few tweets have shown that he’s following along with the latest season of Big Brother 22 and rooting for some friends, including The Challenge competitor Da’Vonne.

Keep in mind this post may contain spoilers about the new season of MTV’s The Challenge 36 as well as the current season of Big Brother on CBS.

As of this report, it’s believed by many that the new season of The Challenge 36 is still filming. MTV has yet to officially put out any news of who is in the cast, what it’s called, or when the new season will premiere.

That said, there’s always speculation with each season about who might appear in the cast. One competitor who has been back regularly over the past several seasons is former Big Brother winner Josh Martinez.

Over the past few days, he’s been more active on his Twitter account, including one curious tweet on Thursday. That coincided with a huge episode of Big Brother 22, but Josh was catching up on the entire season.

“Been off the grid and haven’t watched most of this season of BB. But catching up on clips and watching Davonne eviction speech. Extremely proud of her for using her voice to make a change. Hope she wins AFP #bb22,” Josh tweeted. 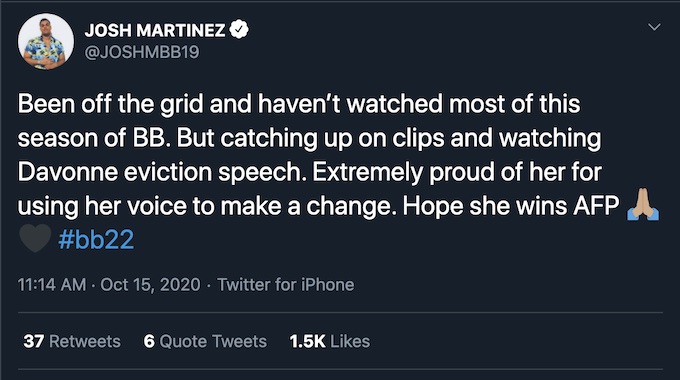 Without bringing in any major spoilers, it would seem from Josh’s tweet that he may have been away filming for several weeks and unable to follow Big Brother 22.

It’s great to see him rooting for another former Challenge competitor, Da’Vonne Rogers. She lasted for 51 days on Big Brother 22: All-Stars before being evicted.

While she won’t win the big money for winning BB22, she is eligible to win AFP as Josh mentioned. That’s a vote for America’s Favorite Player on the BB season.

Based on what’s going on with Big Brother 22, we know Da’Vonne isn’t part of the new season of The Challenge, but Josh seems like a strong contender for the cast.

As The Challenge 36 rumors continue to circulate ahead of the new season’s debut, one thing is certain. Josh Martinez has yet to officially win on MTV’s competition show.

He previously won on CBS’ Big Brother 19 back in 2017. After that, he went on to compete on MTV’s The Challenge, beginning with War of the Worlds in 2019. He lasted a total of seven episodes on his first Challenge.

He returned for War of the Worlds 2, and then the recent Total Madness season. He lasted 13 and 14 episodes, respectively. That shows improvement each season he’s been there.

Still, the 26-year-old Big Brother alum has gone 0-3 in eliminations, so he’ll need to up his game if he wants to eventually win that big prize money.

That said, Josh has his share of fans rooting for him to win big. Da’Vonne Rogers and a number of other Big Brother stars are likely part of that group.

The Challenge is currently on hiatus on MTV.