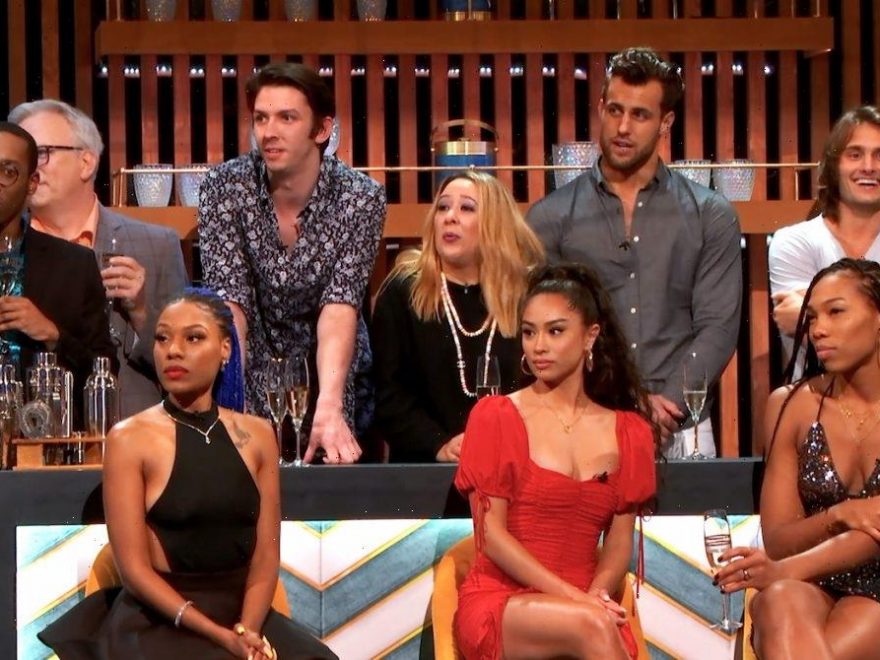 The Circle Season 2 may be over, but Netflix keeps delivering more and more content for fans of the reality television show. The streamer put out a special episode after the season’s finale called The Afterparty, which was led by co-hosts London Hughes and Fortune Feimster. The cast got together to discuss all things The Circle and some inside scoop from the show.

[Spoiler alert: This article contains spoilers for season 2 of The Circle.]

This contestant won ‘The Circle’ Season 2 on Netflix

Deleesa St. Agathe, who catfished as her husband Trevor, won The Circle Season 2 on Netflix. While many suspected her for some time, she skirted by while maintaining her alliances throughout the show.

Her strongest alliance, Chloe Veitch, was well-liked and consistently ranked No. 1 in the episode’s rankings. Deleesa — as Trevor — maintained her strong bond with Chloe by flirting with her throughout the season.

In the end, Deleesa’s strategy worked and she won the $100,000 grand prize money for her family.

‘The Circle’ Season 2 cast spilled secrets from filming the show

The cast of The Circle Season 2 appeared on Netflix’s episode The Afterparty to discuss behind-the-scenes information about the show and how they feel about it all now.

First, Deleesa shared what she has done with the money after winning it from The Circle. She shared that she and her family purchased a five-bedroom, three-bathroom house with the money.

Also, Deleesa revealed that she and Trevor are pregnant with their second child. But that’s not just it — she was actually pregnant while competing in The Circle!

Then Fortune asked Courtney Linsen if the “right person won.”

Courtney replied: “The right person won that money because she had a family. She needed to get her life revitalized. I could never be mad at that.”

Then “River,” AKA Lee Swift, jokingly said he was “robbed” from winning the money. “She absolutely won, not just because she’s a wonderful person, but because she played masterfully,” he said.

Lisa Delcampo (who catfished as Lance Bass) said that they have a group chat where they all keep in touch. She added that she felt like a “frat mom” while living with Jack Atkins while they catfished as “John.” Jack joked how the two were an unlikely duo.

After The Circle Season 2 was done airing, contestants like Savannah Palacio and Courtney, who didn’t get to spend that much time together on the show, have shown they are hanging out in real life on social media.

The duo has also been seen plenty of times with Mitchell Eason and Jack, who allegedly also reside in LA near Savannah and Courtney. And even though “Emily” (Jack) was the reason that Savannah got eliminated, they’ve put what’s in the game in the past.

So, when’s The Circle Season 3 coming out?