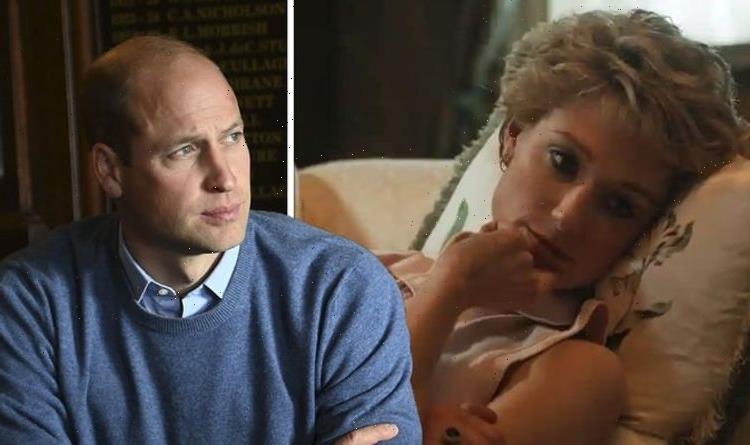 The Crown: Gyles Brandreth says we 'need a break' from it

This Morning presenters Phillip Schofield and Holly Willoughby chatted about the upcoming series on The Crown on Tuesday’s show. The duo welcomed Vanessa Feltz and Gyles Brandreth onto the programme to discuss the fact the hit Netflix series is set to dramatise Princess Diana’s famous interview with Martin Bashir. Gyles made it clear he wasn’t a fan of the royal drama, branding it “infuriating”.

Phillip exclaimed: “Netflix are set to dramatise Princess Diana’s Panorama interview with disgraced BBC journalist Martin Bashir, this is in The Crown.”

Vanessa chimed in: “How could they not, I mean, it was a pivotal and fundamental moment in history and everybody’s lives.”

“So much of The Crown seems made up!” Phillip fumed.

Gyles agreed: “It is made up, they acknowledge it. It is a drama based on true events.

“I gave up watching after series one because, knowing a bit about – having written royal biographies knowing some of the story, I found it so infuriating.

“My own instinct is really, enough already,” he remarked.

Gyles continued: “Honestly, I’m going to see this film Spencer that comes out this Friday because I’m told it’s a brilliant film with a wonderful performance as Diana.

“But, after that please just give it a break for a while. I don’t know that I want any more of this,” he added.

He went on to highlight that The Crown’s coverage of Princess Diana’s interview with Martin Bashir could be upsetting for the royal family.

“I know for example that Prince William, who really was just distressed by the whole revealing of the Bashir story, also feels we have perhaps had enough now,” Gyles claimed.

Netflix will air an entire episode focusing on Diana’s controversial interview with Bashir in 1995.

Earlier this year Prince William hit out at the interview saying: “This Panorama programme holds no legitimacy and should never be aired again.

“It effectively established a false narrative which, for over a quarter of a century, has been commercialised by the BBC and others.”

However, a Netflix insider has revealed: “The Crown’s creators see the interview as the keystone moment in series five.

“To the writers, the stormy marriage between Charles and Di led up to her outpouring on Panorama, and the aftermath of that decision defined her final months.

“They are making a huge investment in that. The Crown has a track record of delving into areas of the Royal Family’s history they’d rather be left alone,” the source told The Sun.

In the controversial interview, Diana famously said “there were three of us in the marriage” – a dig at Prince Charles and Camilla, Duchess of Cornwall.

The upcoming fifth season of The Crown will see a new actress take on the role of Diana in a cast refresh.

Australian actress Elizabeth Debicki will be playing the late royal in the series.

The Crown Season 5 is expected to premiere on Netflix in November 2022.