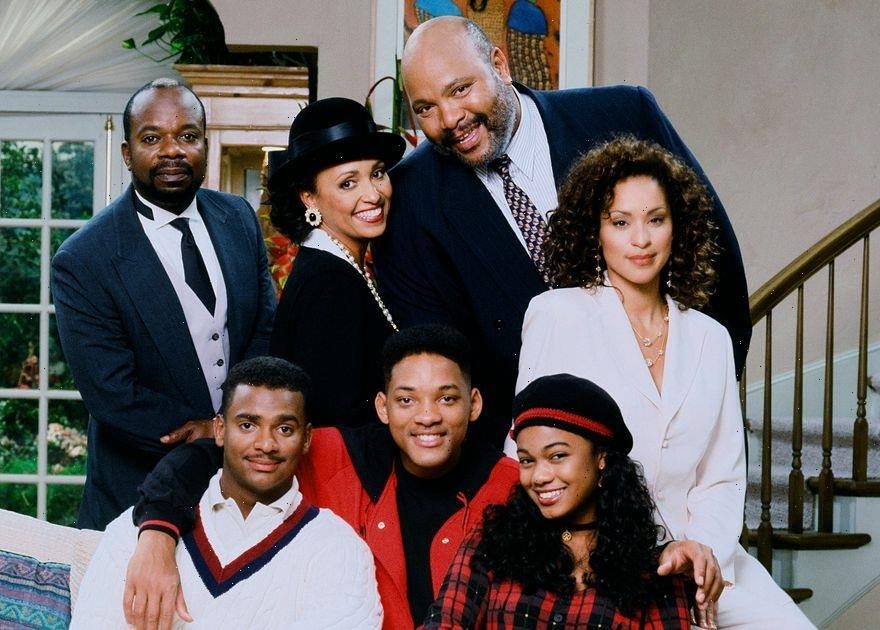 Andy and Susan Borowitz created the Fresh Prince of Bel Air during the 90's which launched movie star Will Smith's career after he played a troubled youngster who was finding his way in the world.

The popular sitcom starred Will Smith who played a fictionalised version of himself. Will a troubled Philadelphia teenager who was sent to live in Beverly Hills with his rich aunt, uncle and cousins. But they didn't always see eye to eye.

While Will was a laugher and a joker during his time on the show, he also had some hard-hitting scenes which saw viewers immediately connect with him.

After the success of the show, he was catapulted into stardom and has been a leading actor in the showbiz industry ever since.

The Fresh Prince himself followed his television debut with a successful film career. Smith, who at the time desperately needed the sitcom role to avoid bankruptcy, couldn't imagine the response that the show gained.

The year the sitcom ended Smith starred in the 1996 film Independence Day, he also starred in Men in Black, Bad Boys and many more blockbusters. Most recently he has starred in Disney’s 2019 Aladdin as the Genie.

The 52-year-old actor married Jada Pinkett in 1997 after meeting on the set of the show in 1990, the pair will celebrate 30 years together later this year.

They have two children together, Jaden 23 and Willow 20. Smith is also father to Trey Smith who was born in 1992.

Ribeiro tried and failed to trademark the Carlton Dance in 2018, losing out in a court battle against Fortnite maker Epic Games. The lawsuit was dropped in 2019.

In 2014, Ribeiro competed on Dancing with the Stars with partner Witney Carson proving “the Carlton” wasn’t the only dance move he could do as the pair took home the trophy – but not without at least a little dance from his Carlton repertoire.

Ribeiro became the host of America’s Funniest Home Videos in 2015 and continues to host shows like Catch 21 and Dance 360. He is married and has four children.

James Avery played the iconic character of Uncle Phil, a grumpy, yet loveable leader who had high expectations and often clashed with Will.

He was an incredible successful actor, appearing in 15 films prior to the series, and when it ended he continued within the industry, appearing on the likes of That 70s Show, The Prince of Egypt and Dr DoLittle 2.

He also did voice acting on Pepper Ann, The Legend of Tarzan and Teenage Mutant Ninja Turtles.

He was married to Barbara Avery and had a stepson, Kevin Waters.

Sadly, Avery tragically died aged 68 in December 2013 due to complications from heart surgery.

Janet Hubert played Aunt Vivian but departed after allegedly being fired after just three seasons. The actress seemed to have an ongoing feud with her co-star Will as she claims that he was responsible for her early departure.

However, the pair seem to have put their history behind them as Will appeared to end the feud on Red Table Talk.

Following her time on The Fresh Prince of Bel Air, Hubert had a run on One Life to Life and made appearances in Friends, Gilmore Girls, NYPD Blue and many more.

In 2018 she made her debut on General Hospital as she continues to focus on her acting career.

Daphne Maxwell-Reid took over the role after season three of Aunt Vivian after Hubert left the show.

She appeared in 74 episodes of the Fresh Prince and was the first black woman to appear on the cover of Glamour magazine in 1969.

She is an accomplished photographer and released Doors, her photography book, in 2012.

The actress has been married to actor Tim Reid since 1982.

Karyn Parsons played the eldest most spoiled Banks child, Hilary. Parsons went on to star in Lush Life and The Job after the Fresh Prince but later both were quickly cancelled.

Parsons took a break from acting for 15 years. She married Alexandrew Rockwell in 2003 and they have daughter Lana and son Nico together.

In a slight career overhaul, she recently became a published author releasing a children’s novel, How High the Moon in 2019. Her second book, Flying Free was released in December 2020. Tatyana Ali played Ashley Bank in the sitcom series and was just 11 when the show started. Though this was not Ali’s first television appearance as she was on Sesame Street as a six-year-old in 1985.

Ali went on after Fresh Prince to have a music career and star in major roles on The Young and the Restless and Love That Girl!

Ali attended Harvard University where she received a bachelor’s degree in African-American Studies and Government in 2002.

She married Vaughn Rasberry in 2016 a Stanford University professor and they have two sons together, Edwards and Alejandro.

Marcell trained at the Royal Shakespeare Company and the Central School of Speech and Drama before moving to Hollywood when he was cast in the sitcom.

He since returned to the UK and landed roles on EastEnders and The Bold, alongside guest roles on Holby City and Ratched.

The actor married Joyce Marcell in 1995 and they have two children together.

Townes had success in music with Smith as DJ Jazzy Jeff and the Fresh Prince.

Despite Smith and Jeff departing ways from their music act they have reunited on and off again over the years to collaborate together.

Townes became a Grammy winner in 1989 and established himself as a music producer.

He worked with major acts including Eminem. He has released solo music including M3, his 2018 album.