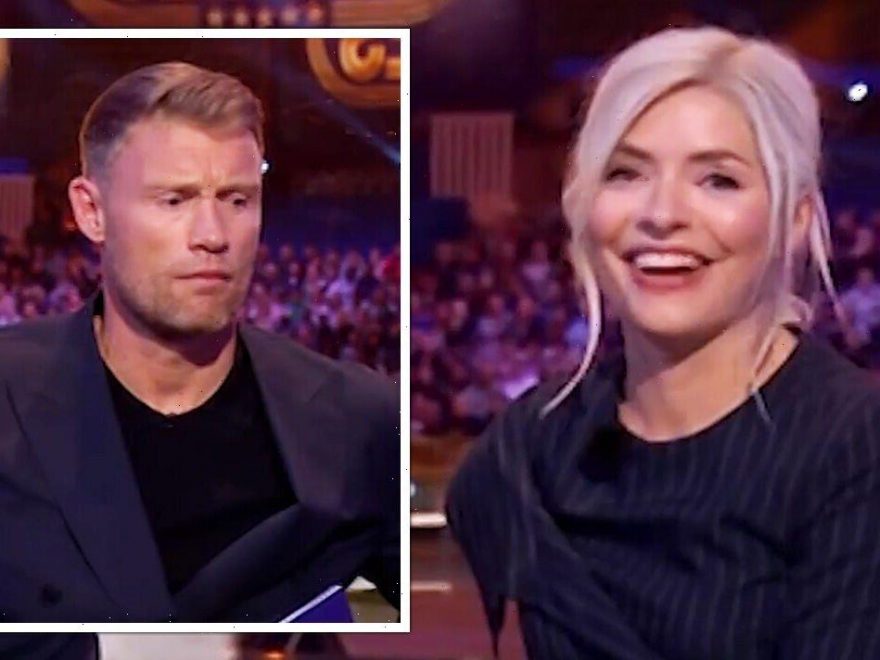 The Games: Christine McGuinness gets emotional and walks off

ITV’s first episode of The Games, which pits celebrities against each other in a series of Olympic tasks, aired on Monday evening. The show is a revival of a Channel 4 programme of the same name which aired between 2003 and 2006. However, many viewers decided to “switch off” just minutes into the episode, with some branding the show a “car crash”.

The Games landed on ITV at 9pm after being heavily promoted by the channel in recent weeks.

Swarms of ITV viewers took to Twitter to hit out over the programme, with Tim Neal venting: “What a load of rubbish. I switched it off after 5 minutes. I want to watch something entertaining in the evening like drama or comedy, not b****y sport! #TheGames #ITV.”

“The worst of British television and the dumbing down culture. Just waiting for the first dramatic injury.”

Becky Ives added: “2 minutes of the games, 20 minutes of adverts and 38 minutes of talking shite and watching clips of them train. Car crash tv #TheGames” (sic)

Brett Marlow quipped: “[I] see @itvstudios are back to ‘turn off tv’ with The Games! Utterly drab. Freddy Flintoff and Holly Willoughby is like putting ice cream with mustard! #thegames #ITV” (sic)

Despite the backlash, many viewers enjoyed watching the programme and voiced how they were looking forward to the next episode.

JJ Hamblett added: “Being someone who loves watching athletics and who used to be the fastest runner at school, I am loving #TheGames show.”

The episode also featured celebrities’ preparation as they were taught the sports from scratch by some of the UK’s top coaches.

During practice, Christine got emotional as she opened up about her autism after being diagnosed last year.

Ahead of The Games airing, Holly revealed: “I think it’s obvious why I’m not competing! I’m not a natural sportswoman.

“I’m a bit of a fish out of water here. But my kids love sports and I love watching them watch sports.”

The This Morning presenter added: “I loved watching the Olympics and I knew nothing about it.”

The Games continues on ITV on Tuesday, May 10 at 9pm.