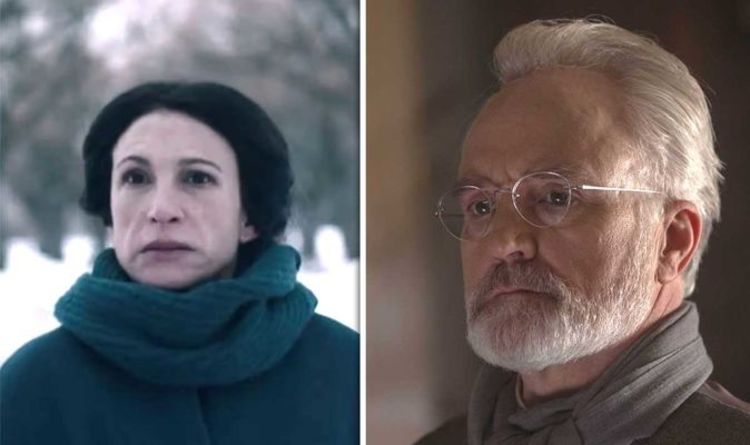 The Handmaid’s Tale season three, episode 10 revealed the tragic story of why Commander Lawrence (played by Bradley Whitford) and his suffering wife Eleanor (Julie Dretzin) cannot escape Gilead. The episode saw the pair get into an increasingly difficult situation as Commander Waterford (Joseph Fiennes) and Commander Winslow (Christopher Meloni) began monitoring the Lawrence. But, why can they never leave?

WARNING: This article contains spoilers for The Handmaid’s Tale season 3

This season of The Handmaid’s Tale has focused a great deal on Commander Lawrence and his wife Eleanor.

Since June (Elisabeth Moss) was reassigned to the Lawrence household, the Commander has been kind to her and viewers have watched her become closer to his wife Eleanor.

However, this situation came to a head in the episode 10 when Commander Waterford and Commander Winslow began to take a special interest in Lawrence’s life.

During the episode, June was forced to endure the Ceremony, which caused Eleanor to break down in tears.

Speaking after the episode, actor Whitford said: “He is in a difficult moral place because he genuinely is in love with his wife and Gilead has absolutely broken her.”

WHAT WILL HAPPEN IN EPSIODE 11? 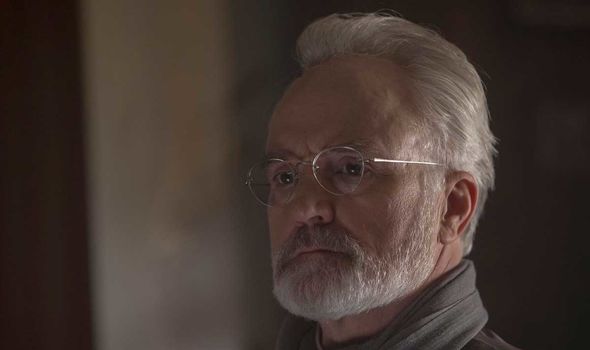 However, the episode revealed why the pair can never leave the dystopian republic of Gilead in spite of this.

When asked if she ever thought about leaving, Eleanor said to the handmaid: “You mean go somewhere where I can get mood stabilisers instead of herbal tea?”

This is in reference to how her bipolar disorder is getting worse because the republic of Gilead refuses to give her any medicine.

She then revealed the tragic reason they could not leave: “Joseph is a war criminal.

“He can’t cross the border, he would be jailed for the rest of his life or killed – and he would deserve it.”

As viewers of the series know, this is because Lawrence is actually the architect of Gilead and was instrumental in helping to create the republic.

WHAT HAPPENED IN EPISODE 10? 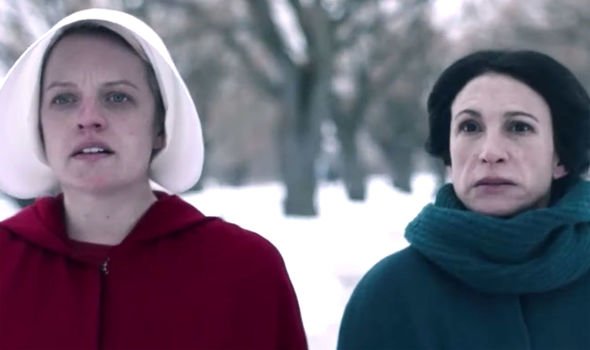 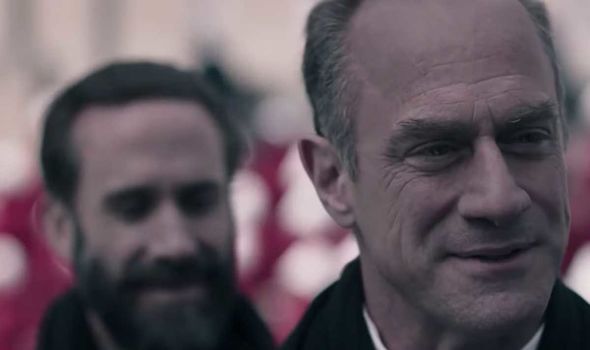 Fans were particularly moved by this moment with one user lovetheblazer posting on Reddit: “Consider the fact that of course Eleanor has considered leaving (many times, I’m sure) but made a conscious decision to stay with her husband because she can’t bear the thought of seeing him executed or imprisoned.”

User netflixnspill added: “What’s sad about this is that she is willing to live a life of a prisoner so that he doesn’t have to, despite the fact that it would be him that deserves.

“Another woman punished for the actions of men.”

Commander Lawrence did hint that he would try and help June and his wife leave, confiding in June in the episode: “I’ll get you a truck. You get my wife out safely.”

WHO IS IN THE CAST OF THE HANDMAID’S TALE? 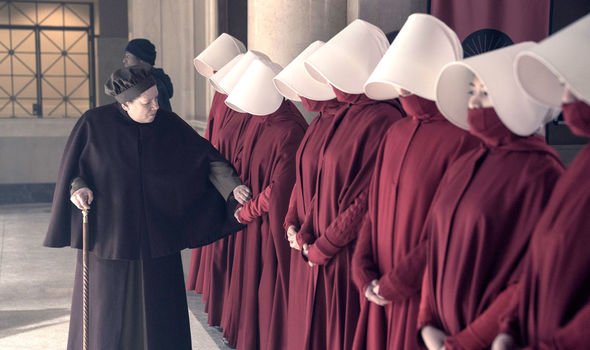 June suggests that he could make it across the border if he was to trade something in return, like the stolen children of Gilead.

“And be a hero?,” he replies dismissing her suggestion.

What will happen next remains to be seen as the trailer for episode 11 shows Eleanor pointing a gun at her husband.

The Handmaid’s Tale season 3 drops weekly on Hulu on Wednesdays and airs on Channel 4 in the UK every Sunday at 9pm.