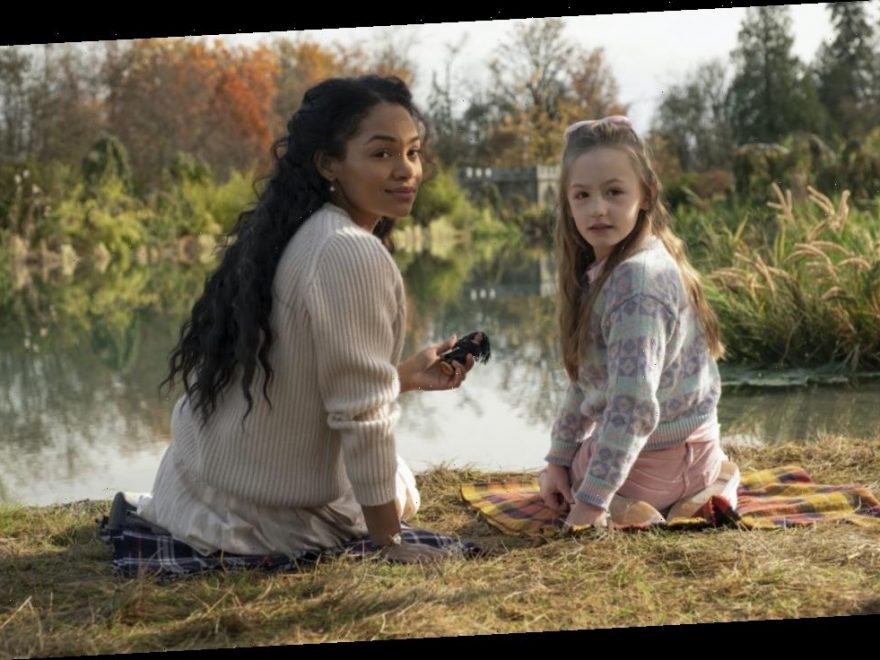 In October 2018, Mike Flanagan terrified Netflix subscribers with The Haunting of Hill House. Now, fans are eager to consume the second season of the anthology series, The Haunting of Bly Manor. One of the story’s main characters, Flora (Amelie Bea Smith), has a catchphrase that mimics that of Mary Poppins. But where did her turn of phrase originate?

[Spoiler Alert: Spoilers for The Haunting of Bly Manor ahead].

Henry James’ horror novella The Turn of the Screw was published in October 1898. It tells the tale of a governess hired by an uninvolved man who has become responsible for his niece and nephew. While Miles (Benjamin Evan Ainsworth) attends boarding school, Flora is left in the care of Miss Jessell (Tahirah Sharif).

The Turn of the Screw has been adapted several times in the past. That’s why Flanagan incorporated other works by James, including The Jolly Corner and The Romance of Certain Old Clothes, into The Haunting of Bly Manor.

As Flanagan pointed out in an interview with Games Radar, “[The Turn of the Screw is] the backbone of this season — through-line that carries us from beginning to end.”

Flanagan’s adaptation leans into The Turn of the Screw while maintaining the original character’s names. This is similar to what he did with Shirley Jackson’s characters in The Haunting of Hill House.

The Haunting of Bly Manor follows the Wingrave children and their new governess, who quickly learns of the children’s ability to connect with otherworldly spirits.

“In Henry James’ world, ‘romance’ meant mystery and excitement — and Gothic Romance meant horror and ruin,” Flanagan explained in a release regarding the series. “Romance held buried secrets, supernatural agony, and the sense of encroaching doom.”

Flora encapsulates those secrets and “supernatural agony” mentioned by Flanagan. When she first meets her new governess (Victoria Pedretti), Flora guides her through Bly Manor, describing everything as “perfectly splendid.”

Flora’s turn of phrase originated with the previous nanny, Miss Jessell, who died tragically on the grounds of Bly. What’s more, Flora has a connection with the ghosts present at Bly Manor. The dolls Flora plays with resemble those spirits who frequent Bly. Plus, their locations in Flora’s doll house serve as clues to what’s going on in the story.

Like so many of James’ works, The Haunting of Bly Manor is riddled with love stories. Some are romantic, like Hannah Grose (T’Nia Miller) and Bly Manor’s chef, Owen (Rahul Kohli). Others are familial, like the love Flora feels for her deceased governess.

In using Miss Jessel’s catchphrase “perfectly splendid,” Flora can maintain some semblance of a connection to her dearly departed nanny. Once again, Flanagan is celebrating the many ways James used love for the basis of his storytelling.

“We have gone back through all of James’ horror fiction to celebrate an author whose influence can still be felt to this day,” Flanagan added. “[Bly Manor is] woven into the DNA of modern genre like a pale, wide-eyed ghost peering out from behind the facade of contemporary horror.”

The Haunting of Bly Manor is available to stream now.