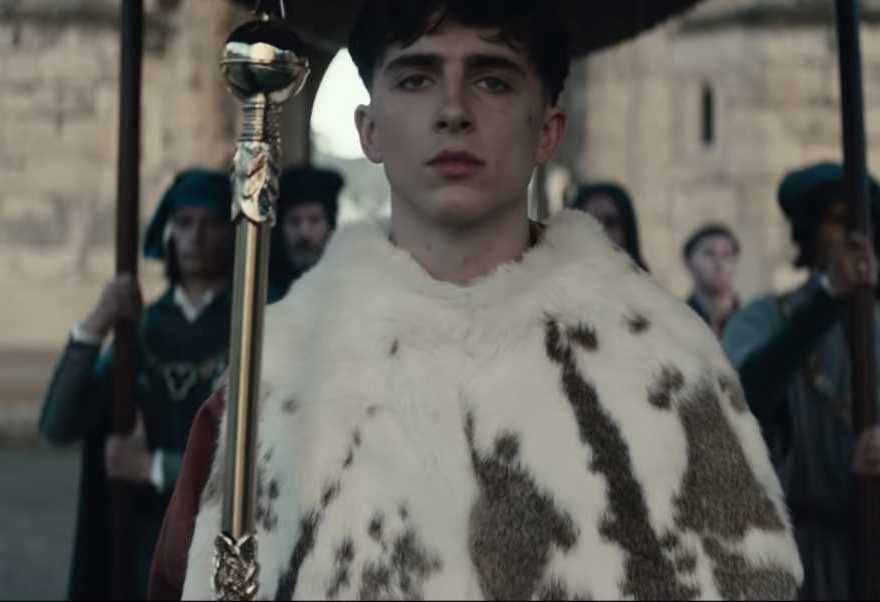 Timothée Chalamet’s reluctant Prince Hal assumes the throne as King Henry V in the wake of his father’s death and soon questions his loyalties and duties in the teaser trailer for Netflix’s The King.

“Already I can feel the weight of this crown I wear,” he confesses as tensions brew between members of his court. When he confides to Knight John Falstaff (portrayed by Joel Edgerton) that he is looking for people to trust, Falstaff gives him foreboding advice: “A king has no friend. A king only has foes.”

Directed by David Michôd (Animal Kingdom), who cowrote the script with Edgerton, The King is based on William Shakespeare’s Henry IV Part 1, Henry IV Part 2 and Henry V, where Prince Hal had initially eschewed royalty to find his own way among the people. However, when his tyrannical father dies, Hal ascends to the throne during a chaotic time, inheriting war and political strife in the wake of his father’s death.

The King costars Sean Harris, Ben Mendelsohn, Robert Pattinson and Lily-Rose Depp. It will premiere during Venice Film Festival 2019, which runs August 28th through September 7th.  Following its debut, The King is slated to stream on Netflix in the fall as well as screen in select theaters.