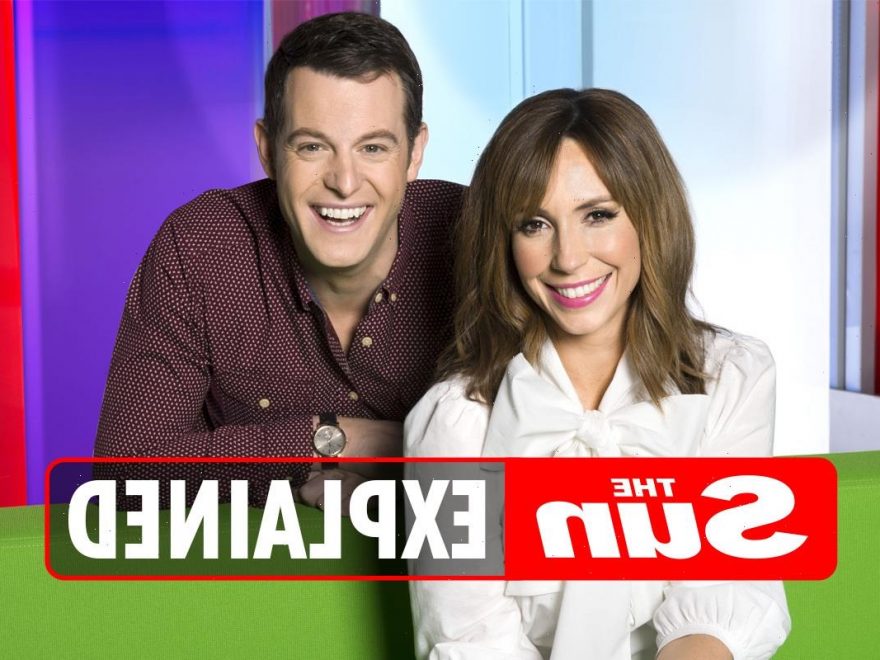 THE ONE SHOW has been a permanent fixture on our telly screens since it debuted on BBC One in 2006.

Jermaine Jenas and Ronan Keating have just been announced as the new co-hosts alongside Alex Jones – but who else has presented the hit show during the last 15 years? 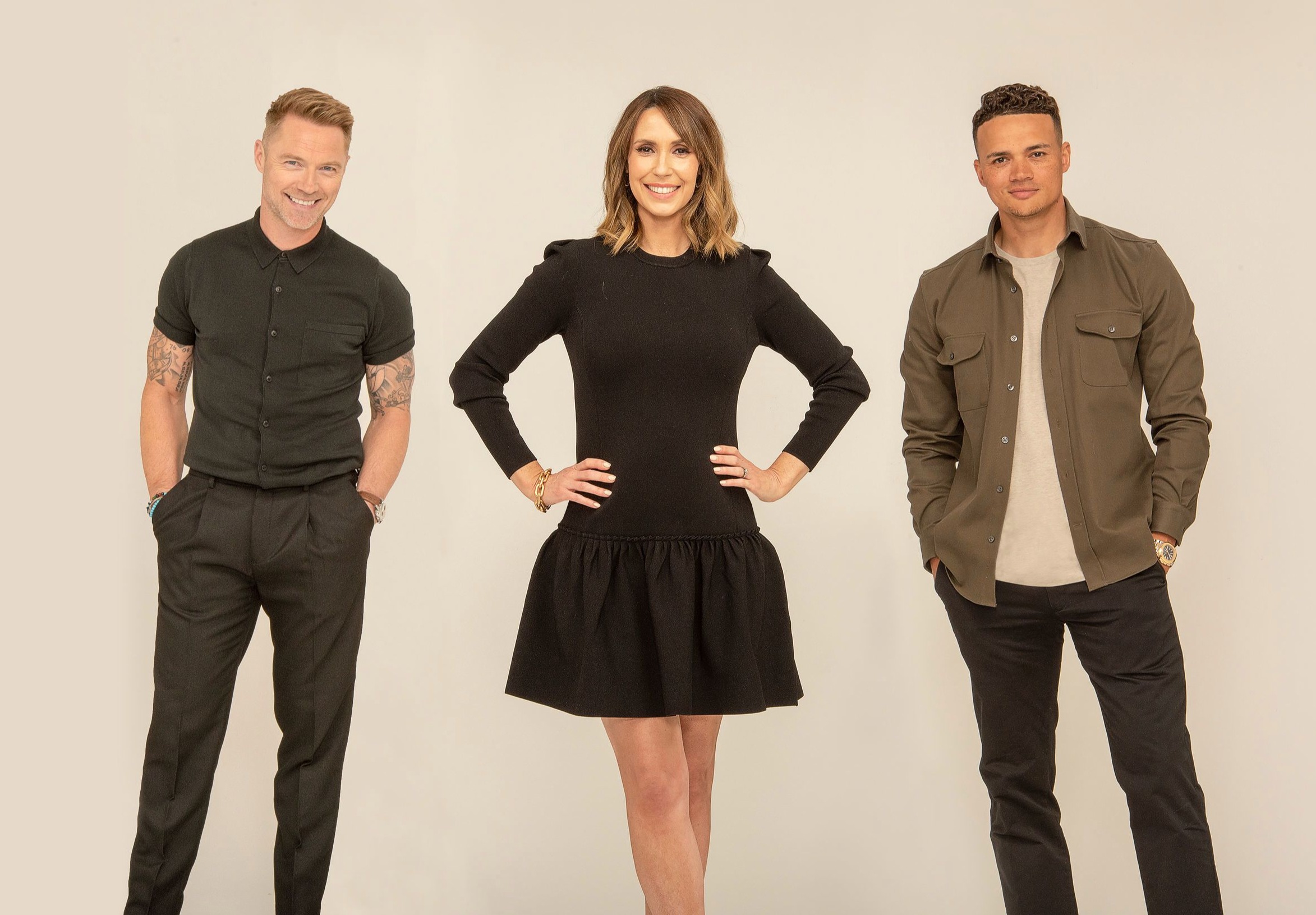 Who has hosted The One Show on the BBC?

When The One Show began with a pilot series in 2006, Match of the Day 2 presenter Adrian Chiles was joined on the couch by ex-Eastenders star Nadia Sawalha.

Their chemistry persuaded ITV to offer them a big-money move and they left the show in 2010, replaced by funnyman Jason Manford and the incumbent Jones.

Manford was replaced by Blue Peter icon Matt Baker six months later and the new partnership became one of the BBC’s best until Baker departed in 2020.

Radio regular Chris Evans also presented the show alongside Jones between 2010 and 2015 – appearing on Fridays – before leaving to present Top Gear.

And many stars have made guest appearances during the last 15 years, including Gabby Logan, Alex Scott, Rylan Clark-Neal, Chris Ramsey and Patrick Kielty. 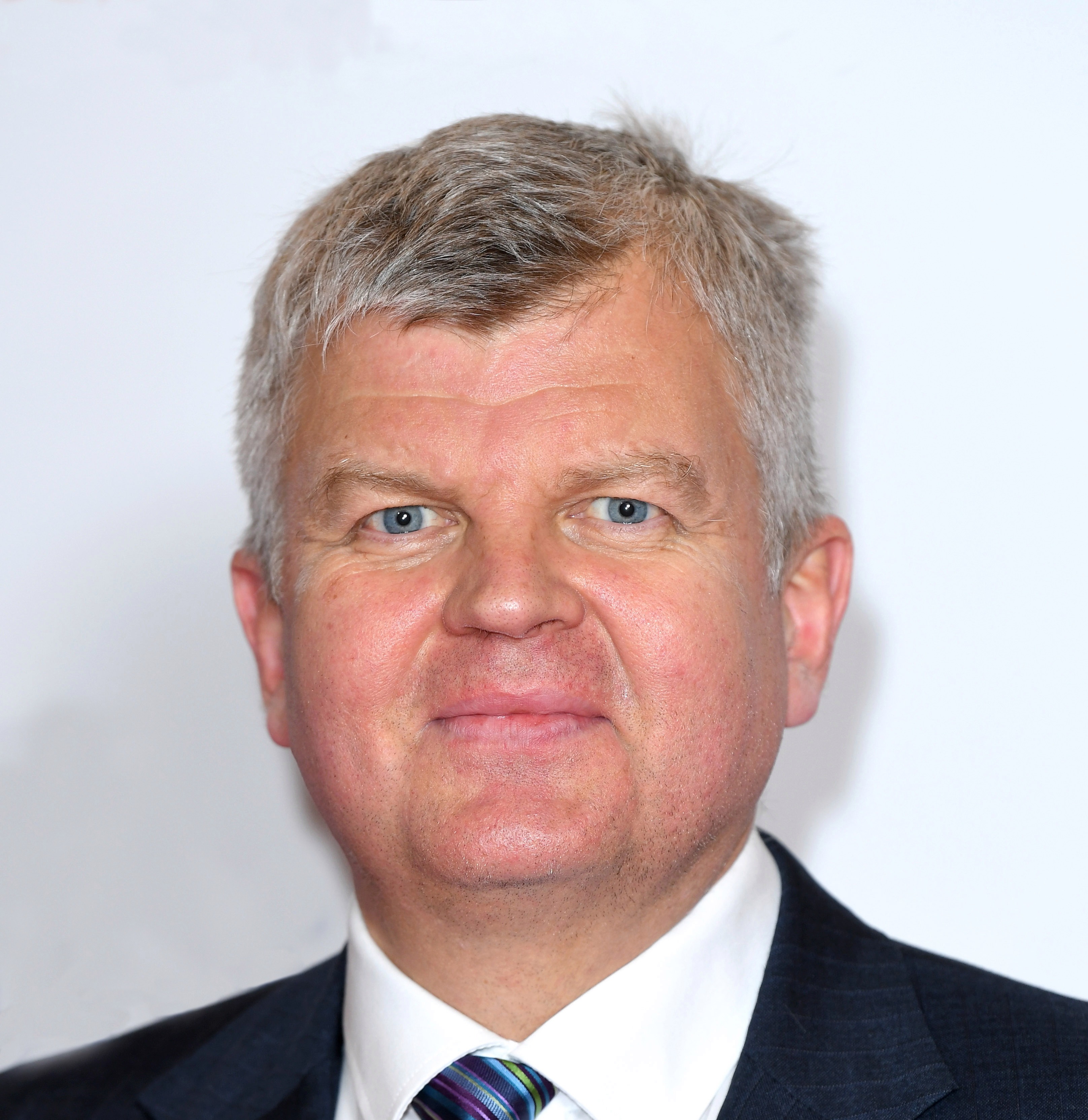 Chiles, 54, made The One Show a success alongside Lampard.

He signed a reported four-year contract with ITV in 2010, believed to be worth more than £1million per year, and began hosting Daybreak alongside Lampard – the successor to long-standing morning show GMTV – before the pair were axed a year later.

Chiles also had a chat show – That Sunday Night Show – but that was cancelled after just three series.

He did enjoy some success at ITV, hosting their live football coverage for five years, before returning to the BBC in 2015 as a radio and TV presenter.

Sawalha, 56, appeared in the pilot series of The One Show but didn’t sign up to the programme when it was given a permanent slot in 2007.

As well as starring in Eastenders, the presenter has appeared on Loose Women, Dancing on Ice, Celebrity Big Brother, Lorraine and Celebrity Masterchef, among other shows.

Sawalha and hubby Mark Adderley have achieved success through their YouTube channel – The Sawalha-Adderleys – gaining more than 100,000 subscribers by 2020.

Klass, 43, briefly presented The One Show between July and August 2007.

The singer, who finished second on I’m a Celeb in 2006, achieved significant success with Hear'Say – picking up two No.1 singles and a No.1 album in the UK.

Since moving into television, she’s presented CD:UK, The National Lottery Draws, the Classic Brit Awards, Popstar to Operastar and Loose Women, among other shows.

Klass recently appeared in the 13th series of Dancing on Ice. 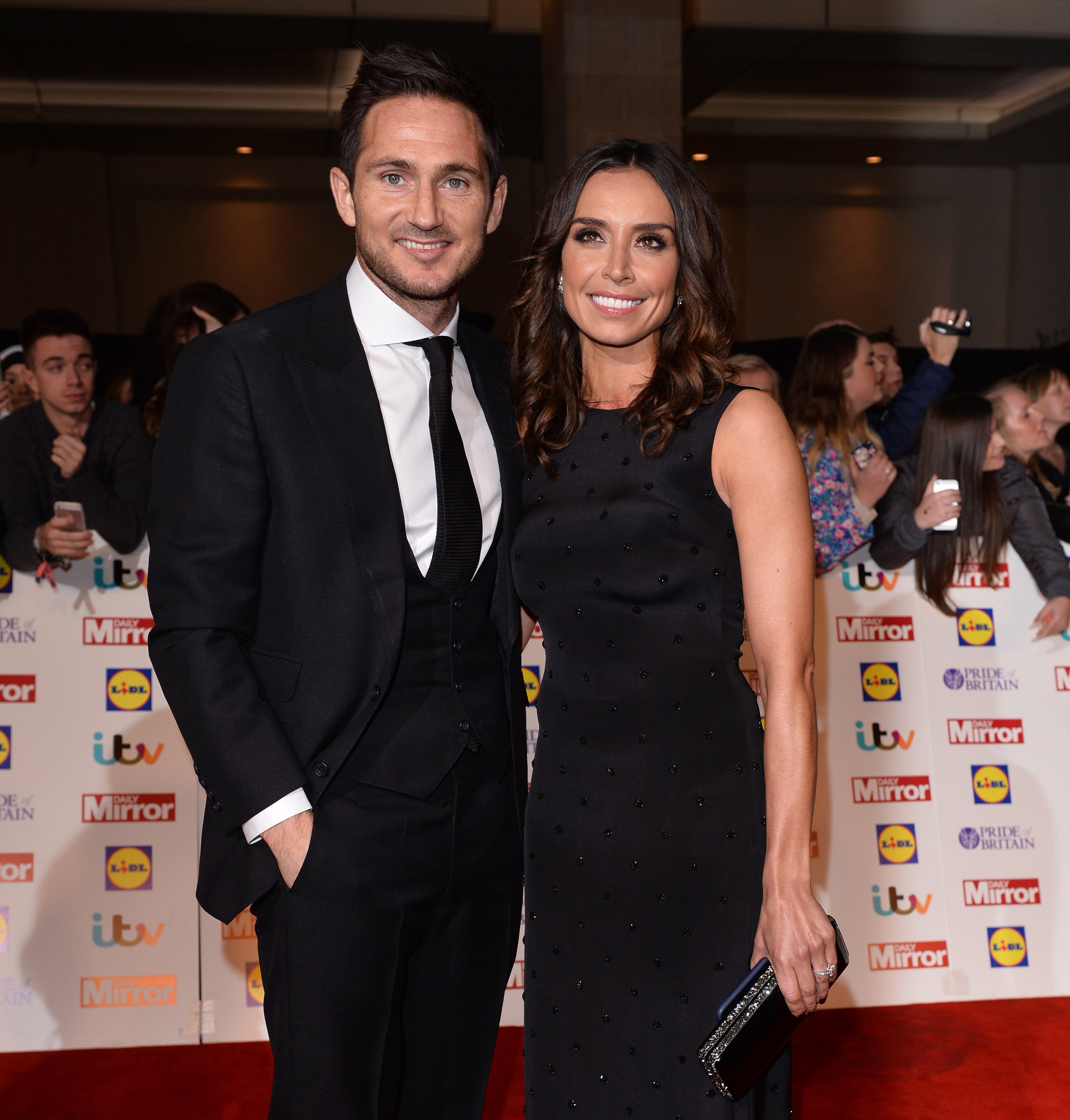 Lampard, known as Christine Bleakley before her marriage to footballer Frank, was Chiles’ main partner on The One Show.

After leaving Daybreak in 2011, the 42-year-old began presenting Dancing on Ice and Text Santa – remaining one of ITV’s biggest stars.

She was a regular stand-in for Holly Willloughby on This Morning between 2013 and 2016 and has also appeared on Loose Women and Lorraine.

Manford, 39, was supposed to be Chiles’ long-term replacement on The One Show but was forced to leave after allegations about his private life surfaced.

The comedian, having previously been a panellist on 8 Out of 10 Cats, has since starred in numerous musicals, including Sweeney Todd, The Producers and Chitty Chitty Bang Bang.

He’s also a prolific stand-up and continues to be a regular face on the telly, finishing second on the first series of The Masked Singer.

The iconic presenter has fronted many TV shows since the nineties, including The Big Breakfast, Don't Forget Your Toothbrush, TFI Friday and Top Gear.

He is best known for his radio work, hosting the Radio 2 breakfast show between 2010 and 2018 before moving to Virgin Radio. 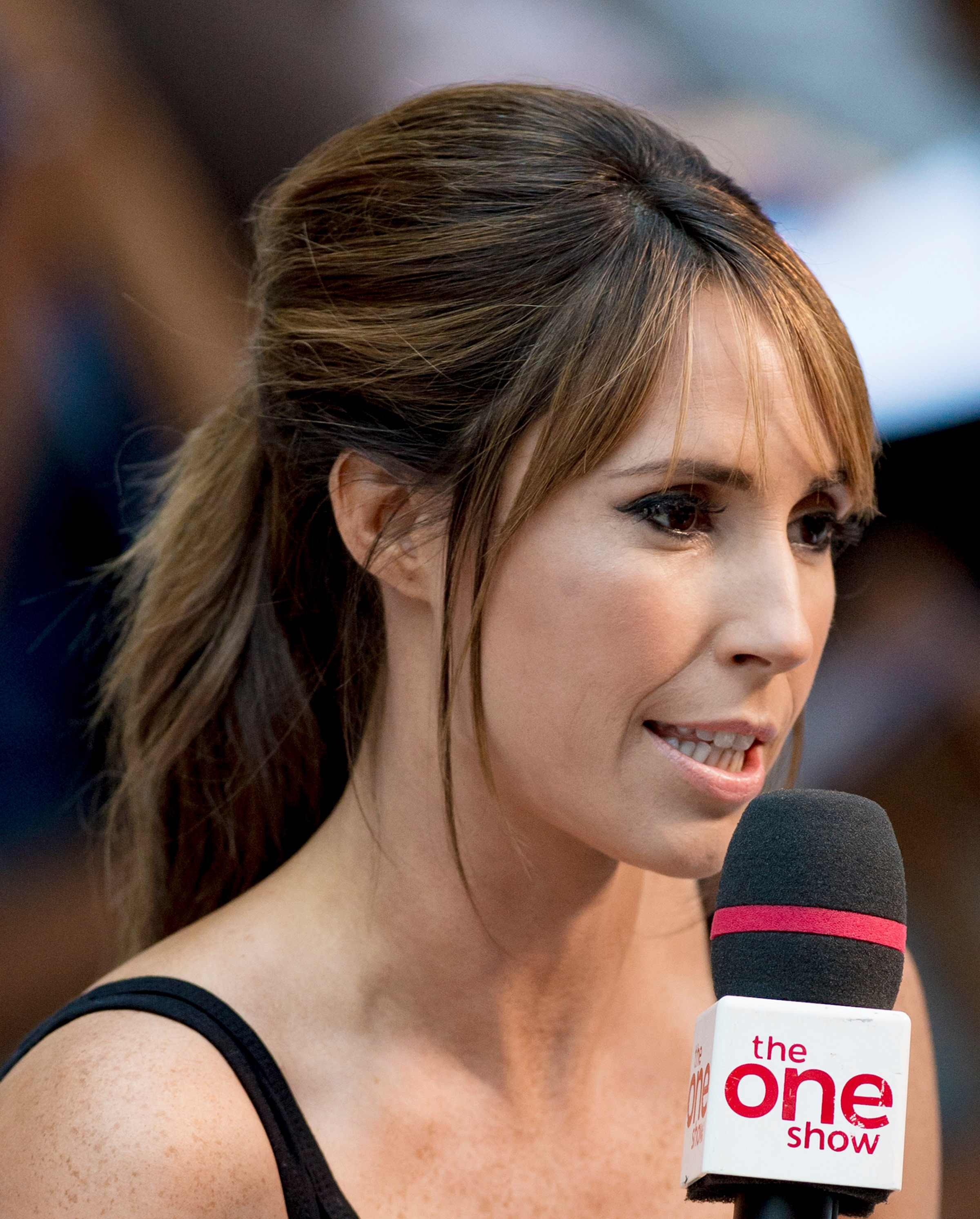 She has also hosted various Comic/Sport Relief shows and was a contestant on the 2011 series of Strictly Come Dancing, finishing fifth.

Jones also presented the BBC’s coverage of Harry and Meghan’s wedding in 2018 and is one of the most popular hosts on British television.

Baker, 43, was Jones’ main co-host on The One Show for nine years.

He shot to prominence in 1999 by becoming a Blue Peter presenter, leaving the beloved kids show in 2006.

Baker has also hosted Countryfile for many years, worked on the BBC’s Olympic coverage on three occasions and competed on Strictly Come Dancing – finishing second in 2010.

The former England and Tottenham midfielder became a well-known football pundit after retiring from the game, working for both BBC Sport and BT Sport.

Jenas has since moved into presenting, hosting MOTDx – a Match of the Day spin-off show – and a BBC Three documentary on knife crime.

Keating, 44, is presenting The One Show alongside Jones and Jenas.

The former Boyzone star has enjoyed a stellar music career, achieving three No.1 singles and three No.1 albums in the UK as a solo artist.

The singer’s presenting credits include the Magic Breakfast radio show and sporadic appearances on The One Show before his permanent appointment.