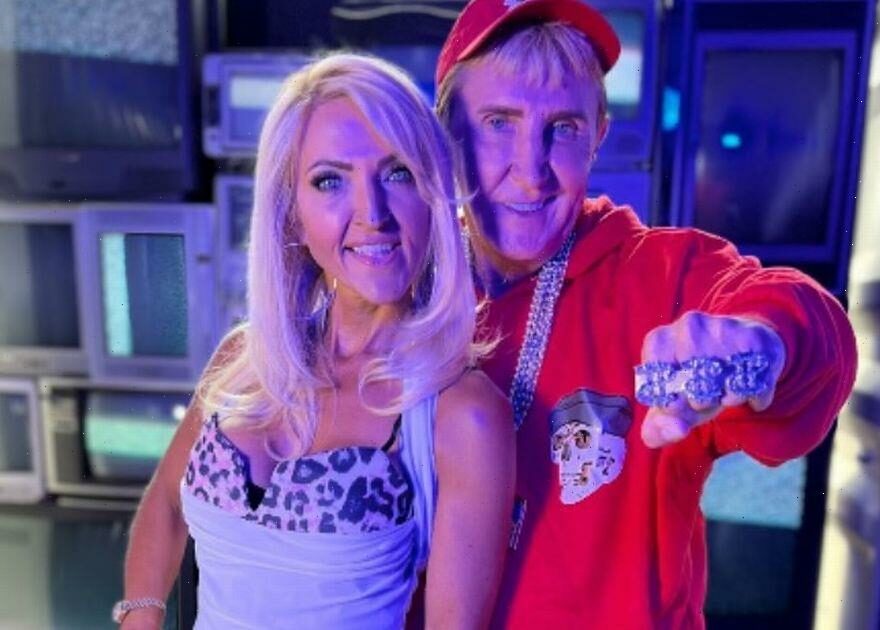 On today’s This Morning, life therapists Nik and Eva Speakman launched a brand new series ‘The Speakmans in La La Land’, in which they will meet a number of American celebrities in an attempt to help them with their various issues.

To mark their excitement of meeting and working with former Pussycat Doll Carmit Bachar, the Speakmans also found time to record a remake of the iconic Pussycat Doll video for their hit song Don't Cha!

In the first episode of the new series the pair met Carmit who said she struggles with her own self image.

As a child, Carmit reveals she was bullied quite a bit, and had to have countless surgeries following a birth defect of a cleft lip and cleft palate. Carmit says: "I spent a lot of time being ridiculed as a child… it definitely leaves you insecure and my biggest fear was when I had my daughter.

"I was terrified that she was going to be born with the same thing and go through what I went through."

Following her session with Nik and Eva, Carmit says: "When the cameras stopped rolling, Eva said ‘Don’t insult the little girl that is a superhero’ and that really landed for me…"

Speaking about their new series Nik and Eva revealed that during their time in LA they are also set to visit Selling Sunset's Chelsea Lazkani and Hollywood Hills star Sutton Strake. Speaking to press, the life therapists then discuss their decision to recreate the iconic music video.

Eva says: "Knowing that we were helping a Pussycat Doll, it seemed like a fun idea to recreate the video to Don’t Cha…

"We completely immersed ourselves into our roles and loved every moment.

"We often encourage others to step out of their comfort zone, and The Speakmans in La La Land catapulted us out of ours!"

Nik adds: "We tried to replicate the same outfits worn by Nicole Scherzinger and Busta Rhymes which were all pulled together by our fabulous This Morning wardrobe team."

Continuing, he says: "The sun was shining, Don’t Cha was playing over a loudspeaker and we drove buggies up and down the rivers where the film Grease was filmed!

The new This Morning segment is set to cover a range of topics from severe traumatic life experiences to a phobia of spiders.

Speaking about this, Eva says: "Everyone is carrying some sort of burden, and whilst phobias can seem less serious, we understood that no matter what the issue, it can blight an individual’s life.

"We feel very humbled to be able to help a variety of people with a variety of issues, so no matter how big or small, it’s good to help."