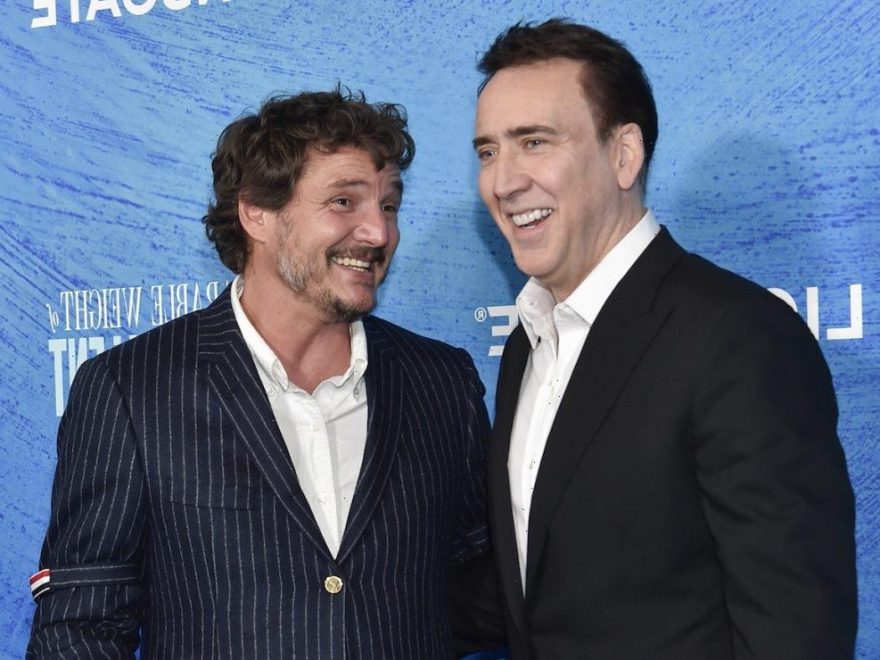 Actor Nicolas Cage is no stranger to odd roles. In Willy’s Wonderland, which is loosely based on the video game Five Nights At Freddy’s, Cage doesn’t utter a single word throughout the entire movie even though he is the main character. However, his latest work, The Unbearable Weight of Massive Talent, might be one of his most peculiar roles to date.

The premise of the movie: Cage plays himself but goes by the name Nick Cage. However, in the movie, Cage is a down-and-out actor on the verge of financial ruin. He is hired to play a rich fan’s birthday party by the name of Javi, played by Pedro Pascal, who also happens to be an arms dealer. Cage finds himself working with the CIA to take Javi down. Meanwhile, the two collaborate on a script.

Let’s take a look at how this wild satirical film came to fruition.

The idea for ‘The Unbearable Weight of Massive Talent’

One thing that convinced Cage to do the film was the fact that Etten and Gormican featured a younger version of Cage in the film. Cage said, “I find that guy so obnoxious, but I’d love to get back into his skin and present him as a villain in the film.”

Another factor was changing a part of the script that he would not have liked. He was willing to poke fun at financial difficulties or not getting the scripts he wanted. However, when it came to his children, Cage did not want his character to be an absentee father. In fact, the real-life version of Cage works extra hard not to be an absentee father, even if that meant getting a weekend flight when he was on location shooting just to see his children. So the writers changed that part of the script at the advice of his management team.

Since its release on April 22, 2022, the film has received positive reviews. Rotten Tomatoes gives the film 87% with an audience score of 87% as well. Hopefully, this is the movie that will bring Cage back to the realm of blockbuster movies.