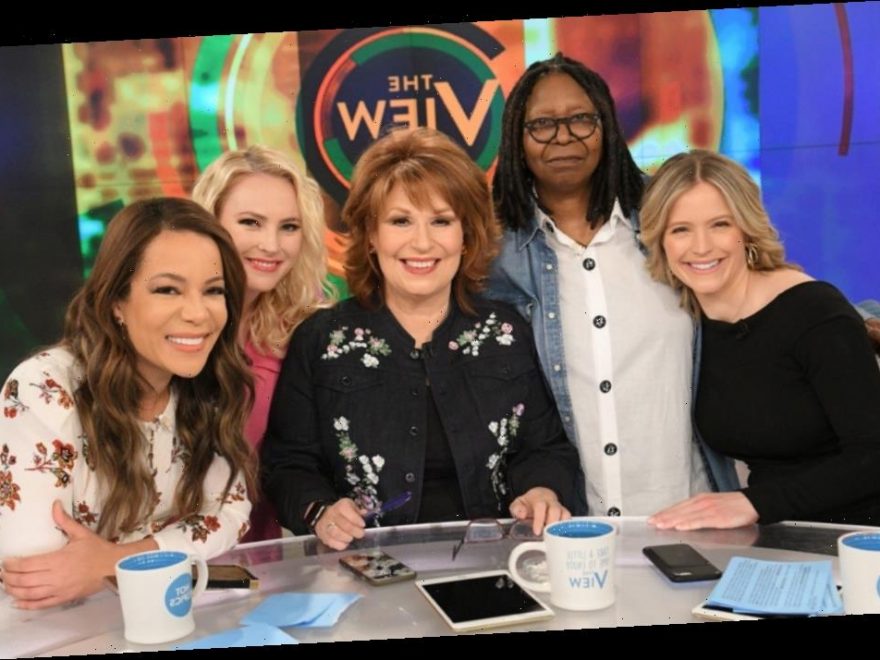 Sara Haines will return to ABC’s The View as a permanent co-host as the show returns next week for its 24th season, when a focus of the show will be on the final months of the 2020 presidential campaign.

Haines was previously on The View from 2016 to 2018, and departed to join the network’s GMA 3: Strahan, Sara and Keke. After the show was canceled earlier this year, Haines has filled in from time to time following the departure of Abby Huntsman.

In an interview, senior executive producer Hilary Estey McLoughlin said that Haines “is great in either place, which is rare to have somebody who is able to deal with such complex topics that we talk about on The View, and give a perspective that is smart. She brings a lot of zest to the conversation, in addition to being very relatable at the same time.”

Brian Teta, the show’s executive producer, said that Haines “brings such a thoughtful viewpoint and such warmth and energy and humor, all things that make a lot of sense to have her back at the table.” Variety first reported on Haines’ return to the show.

Co-host Meghan McCain plans to go on maternity leave and will be on The View at the start of the season. When she goes on leave, Teta said that they will not have a replacement “but we will have a lot of good guests on the show and maybe a couple of surprise guest hosts.” He said that they want to make sure “that we have every viewpoint accounted for, including the conservative side.”

As the new season starts on Tuesday, the show also is unveiling a new logo, and has lined up a number of political and news figures as guests. During premiere week they include Sarah Huckabee Sanders, the former White House press secretary; Stephanie Winston Wolkoff, the former aide to First Lady Melania Trump; Jane Fonda, John Kasich and Robin Roberts. As he gets ready to publish his tell all, Donald Trump’s former lawyer Michael Cohen also will guest on Sept. 14.

The show will continue to cover pop culture and celebrity, but politics and major national issues will be a focal point as Nov. 3 nears.

“The election is our Super Bowl, so we are excited about our hosts covering this very consequential moment,” McLoughlin said. “But I think that what evolves over the season — we were at the intersection of politics, the pandemic and the racial justice movement, and we’re always reflecting the national conversation, which gives you a unique position in daytime. …The focus will continue to be that as long as that is the conversation that people are having.”

Teta said, “One of the mission statements of The View was to be a reflection of the conversations that people are having in the real world. And I think in the last couple of years, the real world is starting to look a lot more like The View instead of the other way around. The real world has become a reflection of us, because even the arguments they are having on the show, they are having every day in families. As things become polarized, I think people are looking at our show, and seeing no matter what your viewpoint is, you see it on our show.”

He said that he expects that Democratic nominee Joe Biden will be on the show in the new season, as “he has been a friend to the show over the years and has strong relationships with the hosts.” Trump has been on the show 18 times, but the last time was in 2015 via phone, and that was not long after he announced his candidacy. As president, though, he has generally avoided daytime talk and late night.

McLoughlin said that they invite the president, Vice President Mike Pence and other key administration figures on the show “all time time.”

“We definitely want to make sure that we have both sides of the aisle in the ramp up here,” Teta said.

A rising star on the conservative side, Kim Klacik, running for Congress in Baltimore, will be a guest on the show’s second week of the new season.

Four years ago, there was some expectation that once the election was over, there would be a drop off in the audience, but “it never really happened,” Teta said. “We kept growing. I think the culture has changed. People don’t talk about elections for [just] three months before them anymore. This is all time time, 24/7 and I think people come to us in a way that they didn’t in earlier days.”

The show saw a ratings uptick as the coronavirus forced lockdowns and social distancing. Teta said that the show has been the number one daytime show in households since the start of the pandemic, and number two in households for the entire season.

“We provide valuable information, and many viewers will say they get some of their news from our show, so that is a high compliment,” McLoughlin said.

Teta said that the show also has benefited from being live in daytime, and guests like Winston Wolkoff and Cohen “are examples of shows that our audience is going to want to see happen as they happen.”

Teta said that they are working on ideas for shows on Election Day and the day afterward.

“In 2016 we did a primetime special on Lifetime, which is a couple of hours long at the table,” Teta said. “And it was an interesting night, because obviously that was not a night that went the way most people thought it was going to.”

It also was a bit of a shocker for the hosts.

“We were happy that Joy made it to the end of that show,” McLoughlin quipped. “She was moderating. She had a totally different expectation, a celebration planned, which never happened.”

The hosts will continue to socially distance at the start of the season. Haines will be in studio next week, but there is no word yet on when the other hosts will return. “We’re just kind of following what is happening,” Teta said. “Right now we are going to start in a very similar way to how it ended, but it is working for us. The hosts are really getting good at doing it this way, and then we’d love to come back when it is safe.”