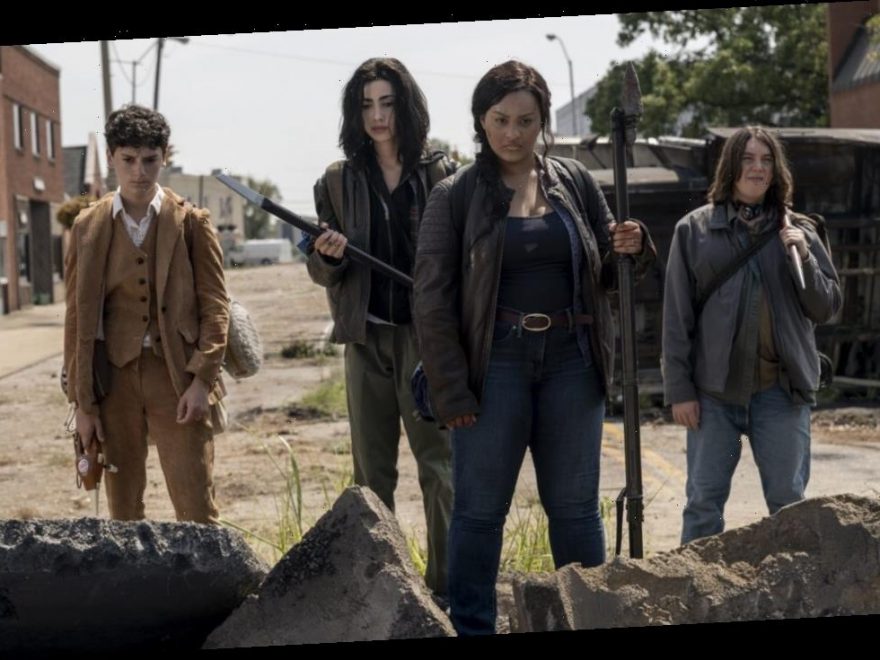 If you still like The Walking Dead, World Beyond sets up a new zombie survival story faithfully. It won’t win any new fans, but 10 years into the series, they’re not exactly hurting for viewers either. Walking Dead: World Beyond premieres Oct. 4 on AMC.

The new survivors of ‘The Walking Dead: World Beyond’

The first episode of The Walking Dead: World Beyond introduces new characters and a new world well. The Campus Colony is running as much of a normal society as one can 10 years into the zombie outbreak. They’ve got electricity and daily school, along with physical training for potential battles with walkers, who they call empties now.

Iris (Aliyah Royale) is keeping in touch with her scientist father, who is working in hiding with the Civic Republic. Her sister Hope (Alexa Mansour) disagrees with Iris over the intentions of the Civic Republic and its leader, Elizabeth Kublick (Julia Ormond). When Iris gets a warning from her father, she and Hope set out with Silas (Hal Cumpston) and Elton (Nicolas Cantu) to find him.

What’s new and what’s familiar in ‘Walking Dead: World Beyond’

Even in the first hour when they’re setting up this World Beyond, the show delivers some classic Walking Dead moments. A zombie hanging onto a moving bus is unique, although when the four kids begin doing battle with zombies, they find it’s harder for them than some of the adult survivors. They find some lingering corposes with creepy new elements on the road too.

Once they’re on the quest, World Beyond becomes a tad more like early seasons of The Walking Dead. They’re always on the move, rather than encamped somewhere for season-long arcs. At least it doesn’t look like Georgia everywhere they go and there are no background sounds of chirping insects. Virginia gives them a different look and feel for the zombie apocalypse.

Don’t get too attached to these characters

With The Walking Dead ending after season 11, there’s still Fear the Walking Dead and World Beyond. Don’t get too attached to Iris, Hope, Elton and Silas. This is only intended to be a two season limited series, but that’s also good for the franchise. In success, it could pave the way for more one off stories, and establish differences between those and more open-ended spinoff series.

The teenage perspective is more palpable in World Beyond than it was in other Walking Dead series. They talk about dating and their social lives a lot more, because they do have a makeshift society restored. We’ll see how much that continues when they’re on a linear quest outside the Campus Colony.

It’s cool to see the Campus Colony make use of obsolete technology like dot matrix printers. Those things will prove valuable again in the apocalypse. The new characters and situations show there are still new possibilities to explore in The Walking Dead universe. Whether it will be any more compelling remains to be seen, but it’s a solid start.