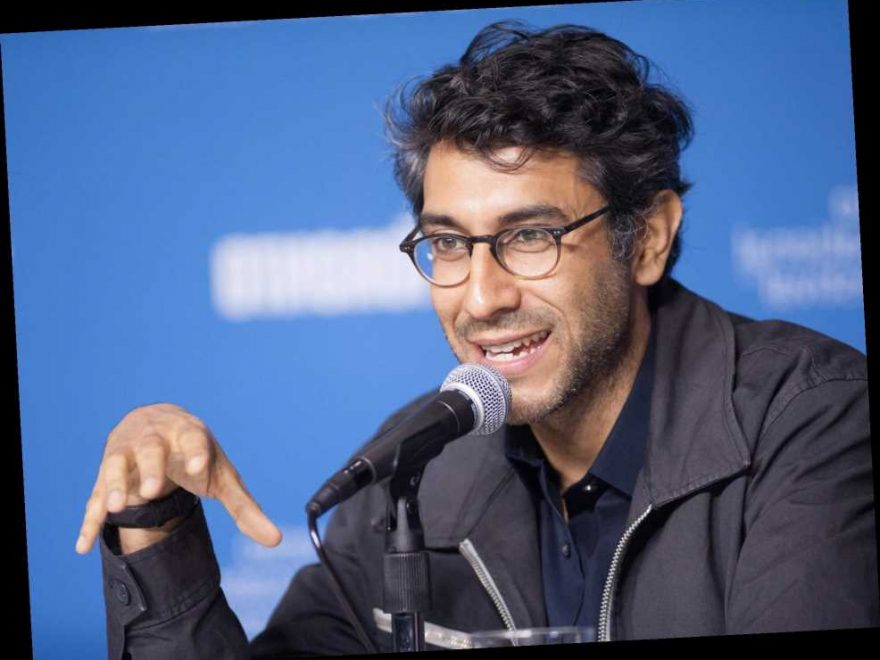 By most accounts, the story behind “The White Tiger” has been festering for almost 15 years. The Netflix project is based on Aravand Adiga’s award-winning 2008 novel that tracks the rags-to-riches saga of a young chauffeur who follows a criminal path to success in modern-day India. The roots of the project, however, stretch back to a Columbia University dorm room and a DVD of “Mean Streets.”

That was where aspiring filmmaker Ramin Bahrani met Adiga in 1993 through a group of largely Middle Eastern friends on campus. “We were all reading things like Dostoyevsky and Camus,” said Adiga, who was an English lit major born to Indian parents and raised in Australia. “One day, Ramin came up to the group in the library and said there was a film we ought to see that was as good as the books we were reading.”

Back in his room, Bahrani started the DVD player and made an impromptu case for Martin Scorsese’s second feature as a literary achievement on par with any classic novel. “Ramin explained how films were creative works made with conscious decisions,” Adiga said. As the camera pushed into Harvey Keitel’s face, Bahrani stopped the movie to explain the subjective power of the closeup. Most of the friends filtered out as they realized they signed up for more lecture than movie, but Adiga stayed. “I was fascinated,” he said. “I’d never thought about the way films were made by somebody, the same way books were.”

That revelation launched a bond that would sustain their careers. Adiga found his initial footing as a financial journalist, but discovered a template for his own storytelling instincts in Bahrani’s first two movies. The 2005 “Man Push Cart” follows a former Iranian rock star who becomes a food vendor in Manhattan, while the 2007 “Chop Shop” is an intimate story of Hispanic street orphans scavenging for survival in a remote part of Queens.

“The search for hidden stories on those first two films helped inspire ‘White Tiger,’” Adiga said. “He kept going, which kept me going.”

Adiga dedicated that book to Bahrani, who wrote and directed its Netflix adaptation. Beyond its popularity on the platform, which recently projected that the movie would reach 27 million in its first month of release, for Bahrani it represents a different kind of career achievement.

The son of Iranians who immigrated to North Carolina, he struggled to bring his nuanced profiles of marginalized characters to the mainstream. Eventually, that led him to a kind of compromise, with the white protagonists of 2014’s “99 Homes” (Andrew Garfield, Michael Shannon) and 2012’s “At Any Price” (Dennis Quaid, Zac Efron) allowing him to secure famous actors and some measure of commercial appeal. By contrast, “The White Tiger,” a movie exclusively populated by brown people fighting to get ahead in the world, provides a more ideal vessel for bringing his sensibilities to a wider audience.

“I was hoping to find a way to reach more people with these kind of stories,” Bahrani said in a recent interview over Zoom. “This is a pretty radical movie in terms of what it’s trying to say and do, but I hope the themes and characters seem like the same thing I’ve been doing since the beginning.” 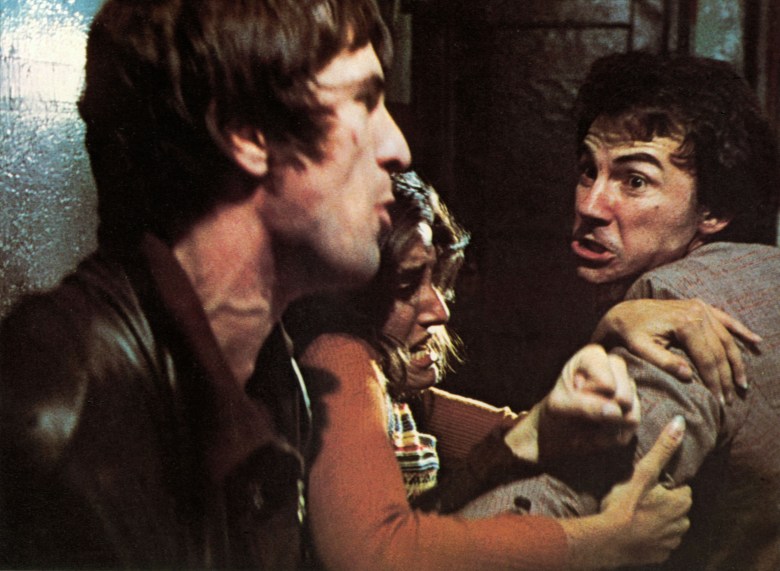 Bahrani’s filmmaking aspirations fused his Scorsese obsession with a passion for the Iranian New Wave. He dreamed of importing Abbas Kiarostami’s naturalistic 1987 drama “Where Is the Friend’s Home?”, about a schoolchild on a frantic daylong effort to return his classmate’s notebook, into the “Mean Streets” universe of grimy street urchins and grifters in Little Italy. “One was this poetic Iranian story, and the other was an expressive, personal immigrant story,” Bahrani said. “But I could never imagine I’d make a movie like that anyone would watch.”

Enter “The White Tiger,” which channels the epic scope and audacious first-person storytelling of “Goodfellas” into a fresh milieu. Balram (Adarsh Gourav) rises from a squalid village to infiltrate the lives of a wealthy Delhi family only, to develop ruthless criminal instincts and turn against his employer. With its slick hip-hop soundtrack and smooth narrative that guides the movie through unnerving turns, “The White Tiger” imports the sardonic crime saga Scorsese made famous into an Indian framework. Bahrani sticks to Balram’s perspective as he explains the nature of an ecosystem that mandates corruption to get ahead. The filmmaker tweaked the edit many times over to inject Balram’s descent into madness with credibility.

“I felt an audience would empathize with him, come to love him and accept him,” Bahrani said. “This was an epic battle between master and servant, rich and poor, which has been going on for centuries.”

While it was a late arrival to this year’s distended awards race, “The White Tiger” remains a contender the Adapted Screenplay category, and recently scored a WGA nomination. However, it’s already broadened Bahrani’s audience. “What’s amazing now is that the film reaching the most people has an entirely brown cast and 30 percent of it is in the Hindi language,” Bahrani said.

It’s a long way from Bahrani’s critically acclaimed “Man Push Cart,” which he made on a $70,000 budget of borrowed money. The strong response helped him secure just enough support from financier Big Beach to make “Chop Shop.” That was a breakthrough: Although Barhani paid the bills as a film professor, “Someone paid me for the first time in my life to make something,” he said. He struggled to find resources for “Goodbye Solo,” the touching 2008 drama of a Senegalese cab driver (Souleymane Sy Savané) who befriends a depressed older man (Red West) committed to ending his life. Bahrani had to scrounge together a budget from ITVS after another financier dropped out, and again went without a director’s fee.

“By the end of that film, it was like, ‘Wow,’” he said. “I made three films that critics said were good, they went to the top-tier festivals, and thank god, they got distributed. But huge markets of the world were shut out.” Each meeting left him more disillusioned. “The sales agents were nice and honest with me when they said they couldn’t sell the movie in huge parts of the world because the main characters were Pakistani, Hispanic, and Black,” he said. “They told me, ‘Unless their names are Denzel Washington or Will Smith, we can’t sell them.’” 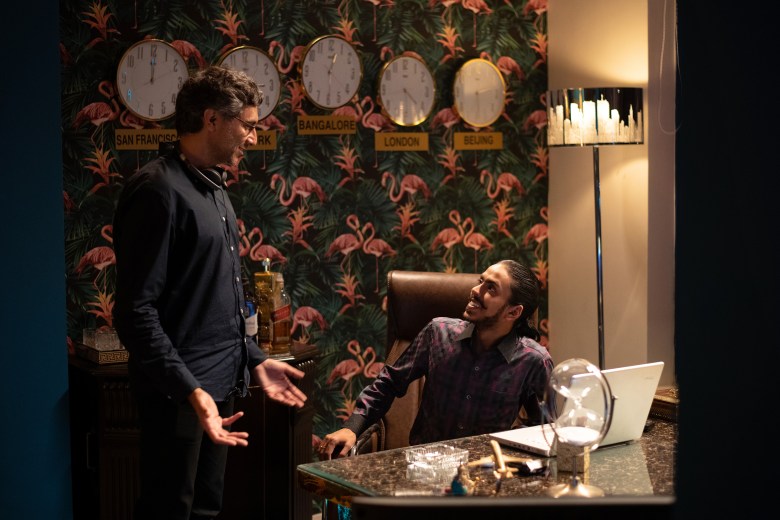 Meanwhile, Adiga was now an India-based reporter for Time magazine and would tell Bahrani about the influx of chauffeurs in Indian society. “I asked him why the driver doesn’t just grab the boss’ money and run,” Adiga said. “He replied, ‘That sounds like the premise of a novel. Why don’t you write it?’” He did, and the debut novel won the Man Booker Prize.

And so their fortunes switched places: Adiga was a world-renowned writer, and Bahrani needed another big break. Instead, he made an 18-minute short film called “Plastic Bag,” narrated by Werner Herzog and envisioning the existential thoughts of the titular object as it drifted through New York. “I felt totally free,” he said. “It wasn’t a feature film, it didn’t matter if it made its money back, or if anyone watched it.”

That helped him feel comfortable taking risks on “99 Homes” and “At Any Price,” which found plenty of admirers — as well as complaints that Bahrani had abandoned his roots. “Hearing all that stuff was so frustrating,” he said. “I just wanted to try things, creatively, that I hadn’t done.”

It was an erratic process. Bahrani followed “99 Homes” with a 2018 HBO adaptation of “Fahrenheit 451” featuring Michael B. Jordan in a busy, tonally confused variation on the dystopian novel. “Looking back, I probably just changed it too much from the source material,” he said. He struggled to find the balance between Ray Bradbury’s dark commentary on censored thought with the demands of an expensive, VFX-driven production. “Maybe it was a bit rigid somehow,” he said. “I wish I could’ve loosened things up.”

Finally, “The White Tiger” came to fruition as the streaming era provided fresh interest in international cinema. Netflix’s freer hand and global reach let Bahrani tackle Adiga’s story in a manner consistent with his earliest movies, but it wasn’t until the filmmaker started shooting that its cultural value became clear.

“I turned around one day and realized everyone on the set was brown,” he said. “That was a first for me. When people would sometimes speak to me in Hindi by mistake, I liked it.” Beyond Bahrani’s longtime cinematographer, assistant cameraman, and steadicam operator, his crew was Indian. “In a way, it was like all of my films,” he said. “I go to places I don’t know.” 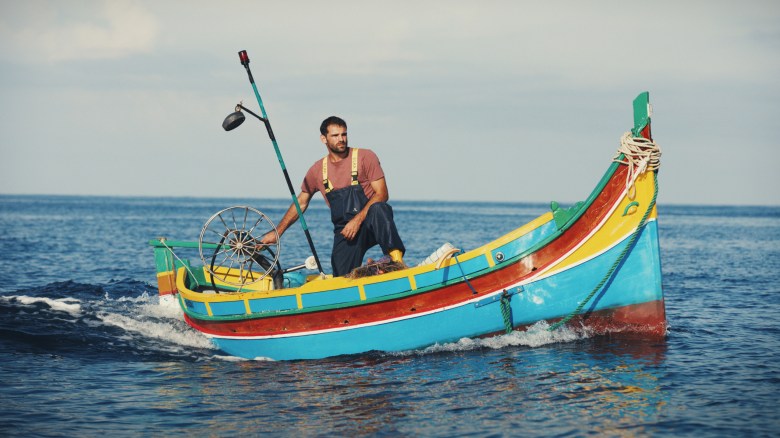 Bahrani now advocates for aspiring filmmakers who want to follow a similar trajectory. He recently produced the Maltese drama “Luzzu,” which premiered last month at Sundance and marks the debut of filmmaker Alexander Camilleri. It’s one of the few feature-length projects made in Malta about its residents. A former assistant on Bahrani’s earlier projects, Camilleri had Bahrani as a teacher at Columbia and found himself inspired by his instructor’s enthusiasm for neorealism. “It was a breath of fresh air,” Camilleri said. “Ramin wasn’t just making movies to satisfy his own artistic inklings. He had skin in the game. He cared about the world we’re living in and wanted to make sense of it.”

With that impulse intact, Bahrani evades most work-for-hire gigs. “He’s already overwhelmed by many new offers and proposals,” said Bahareh Azimi, Bahrani’s writing partner on his first two features and a producer on “The White Tiger.” “He is anchored in reality.” Bahrani acknowledged that he could be his own worst enemy when it comes to getting paid. ‘I say no to most things,” he said. “Some of them are good, but I never know if it’s my place to do them.”

That resistance has, for now, yielded a new stage of his longest collaboration. Just a week after “The White Tiger” hit Netflix, the streamer announced that Bahrani would next adapt Adiga’s 2020 novel “Amnesty,” the story of an illegal immigrant in Australia who witnesses a murder but resists telling police for fear of being deported.

“Ramin pushed me to make that book better,” Adiga said. “So after he made this film in India, I said, ‘Why don’t you try to do the next one in Australia?’ So that will be a new challenge for him.” Adiga said both men, now in their mid-40s, felt like they were racing against the clock. “In the Netflix era, every opportunity gets five minutes and 30 seconds of fame,” he said. “But Bergman kept making movies into his 70s, and I think Ramin is on that track.”

Bahrani said he feels like he finally cracked the sense of uncertainty that plagued previous efforts. “I tried my best to have that feeling that I could do anything with this movie, that there were no rules, and I should enjoy myself,” he said. “That was an intellectual idea I accepted a long time ago because directors I admired had said it. This time, I really felt it. I hope I can continue to find that feeling.”

“The White Tiger” is now streaming on Netflix.