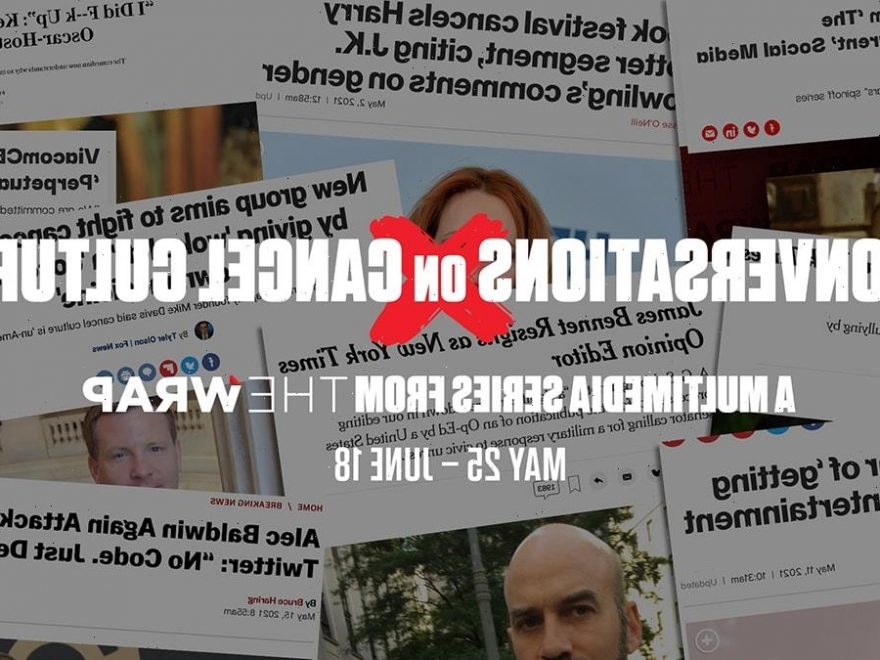 Top journalists, critics, comedians, academics and crisis PR managers will come together to discuss the impact of cancel culture in media and entertainment 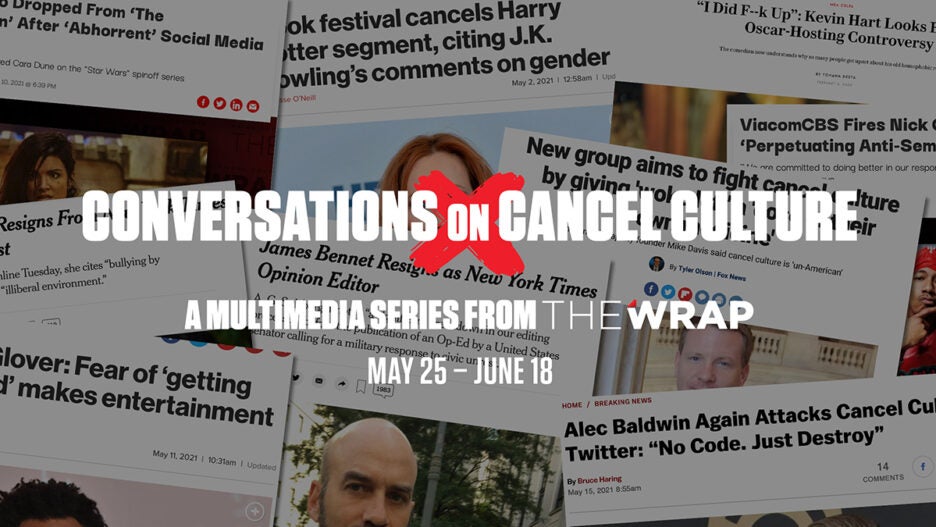 TheWrap is pleased to announce the launch of “Conversations on Cancel Culture,” a multimedia project featuring a series of discussions on cancel culture and the impact it has had on people in media, entertainment and beyond. Each conversation will feature contributors from different backgrounds and opinions in a robust dialogue about what it means to be “canceled.”

Said TheWrap’s editor in chief Sharon Waxman: “We live in divisive and confusing times for media and entertainment, a moment when free expression is coming under fire like rarely in the past. We feel it is important to have thoughtful and robust dialogue around this issue which encompasses both free speech and accountability, the rise of social media pressure groups and the real-life violence that has sometimes also ensued.”

The series is produced by Waxman, Deputy Editor Lawrence Yee and Director of Programming Emily Vogel.

In addition to the livestream, the roundtables will be available for free on-demand viewing on the TheWrap. Audiences are invited to tune in every Friday for an encore audio stream and follow-up conversation exclusively on Clubhouse.

Cancel Culture in Journalism: When Newsrooms Become the Story (Tuesday, May 25)

Cancel Culture in Comedy: How Far Is Too Far? (Tuesday, June 8)

Coming Back From Being Cancelled: Is There a Way? (Tuesday, June 15)

The “Conversations About Cancel Culture” series addresses a new wave of pressure to be silent – or be silenced – that has spread rapidly from media to entertainment to politics. Is this a new form of censorship? Or a necessary corrective to entrenched privilege?

That very title “Cancel Culture” is provocative and prone to controversy. And yet we feel it is important to have thoughtful and robust dialogue around this issue which encompasses both free speech and accountability, the rise of social media pressure groups and the real-life violence that has sometimes also ensued.

The series will talk to journalists, comedians, film critics and academics among others to address this complex topic that is – just to confuse things – being hijacked for all manner of misinformation and political posturing.

Left unexamined, “cancel culture’ threatens to undermine the free exchange of ideas. Debate, discussion and disagreement, and tolerance of those who hold different beliefs.

The Wrap News Inc. is the leading digital-first news organization covering the business of entertainment and media via digital, print and live events. Launched in 2009 by award-winning journalist Sharon Waxman, Founder & CEO, TheWrap’s independent voice, metabolism for breaking news and investigative stories makes TheWrap.com a key destination for producers, directors, studios & networks executives, agents, managers and talent. Our tentpole events help to galvanize the industry and connect us to a worldwide audience of attendees and influential decision-makers.

For more information about Conversations on Cancel Culture, a multi-media series by TheWrap visit: thewrap.com/cancel-culture-series