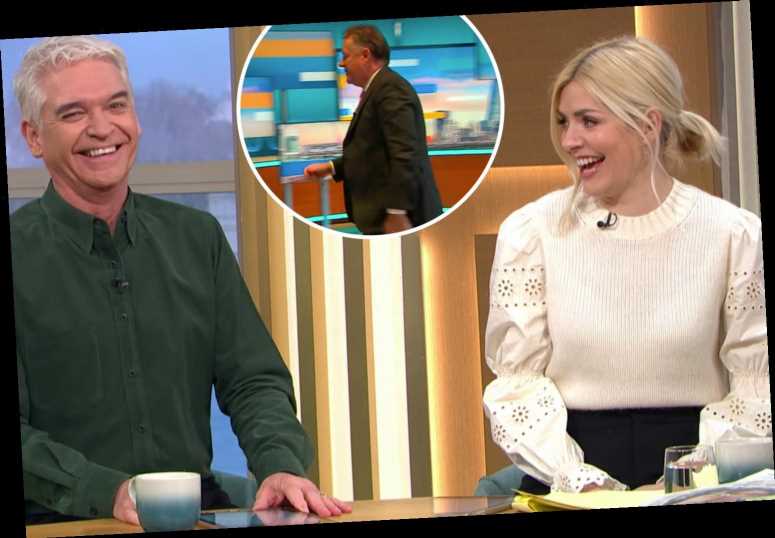 THIS Morning's Phillip Schofield poked fun at his ITV co-star Piers Morgan on the show today after he walked off Good Morning Britain.

He told co-host Holly Willoughby: "Careful what you say today. I may get up and I may storm off." 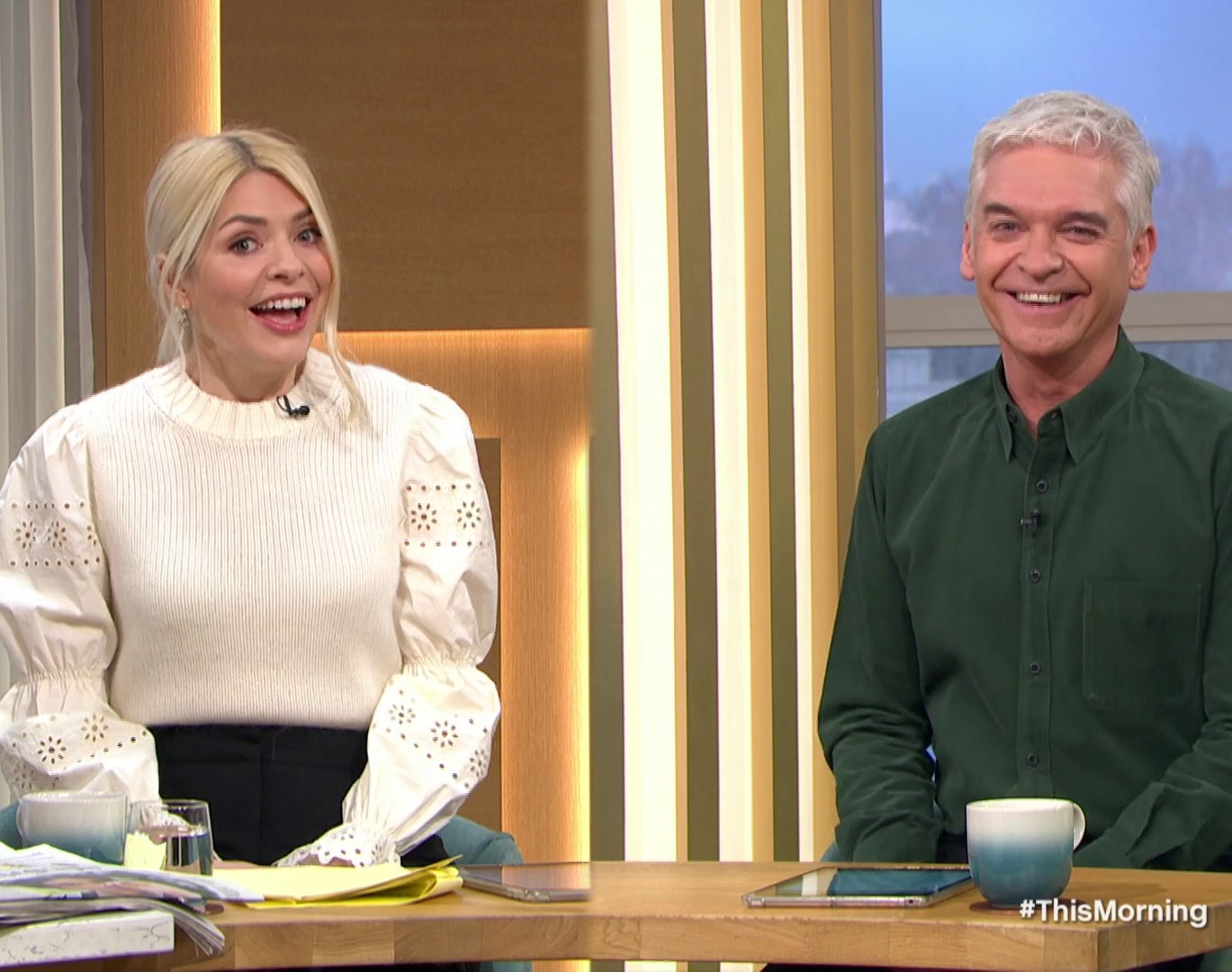 Laughing about the prospect of Phillip doing the same, Holly, 40, replied: "Don't you leave me."

He insisted: "I may get up and go" but Holly pretended to be terrified, replying: "I'll be very nice to you."

Looking straight at the camera laughing, Phillip, 58, said: "What a morning, eh?" 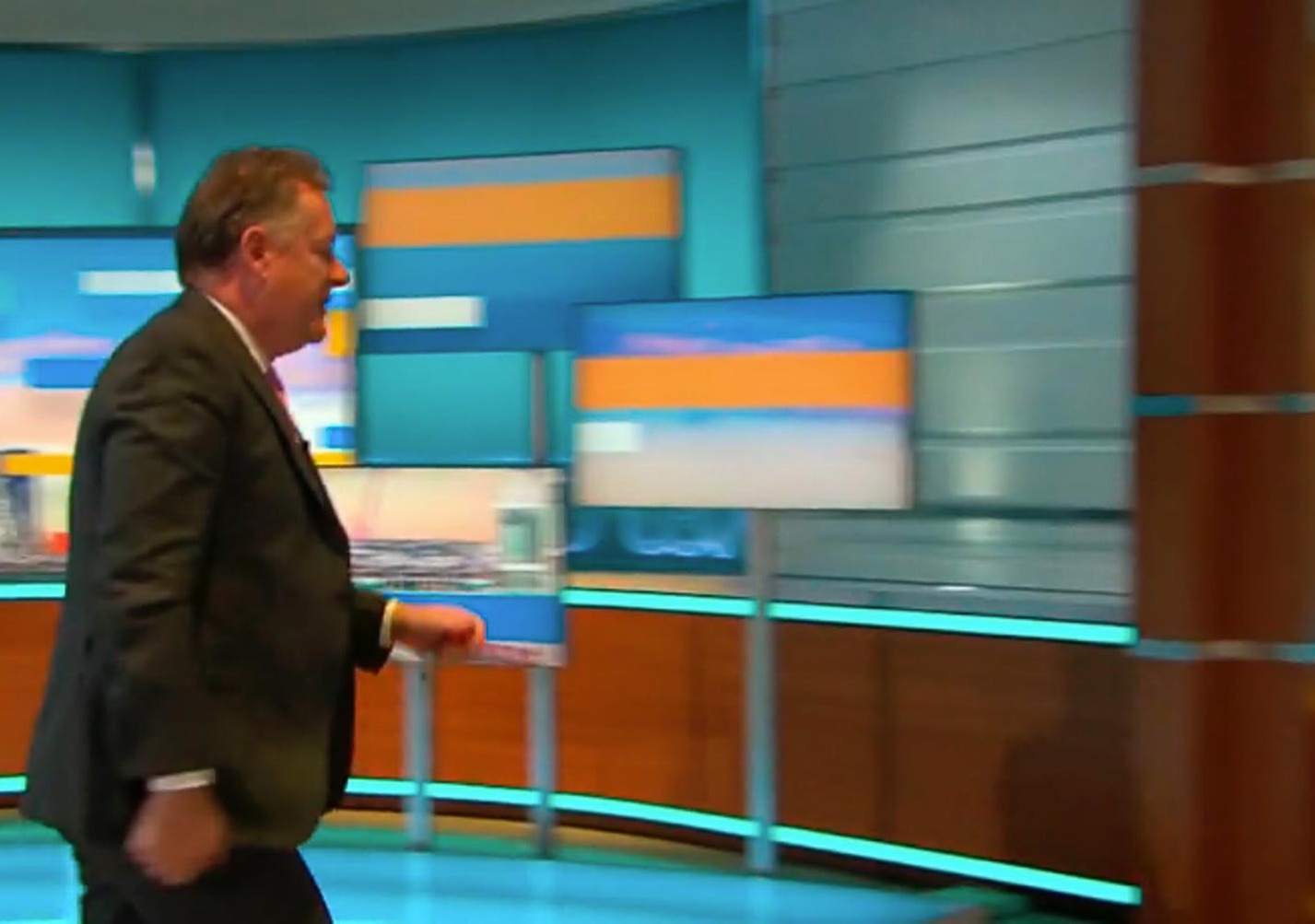 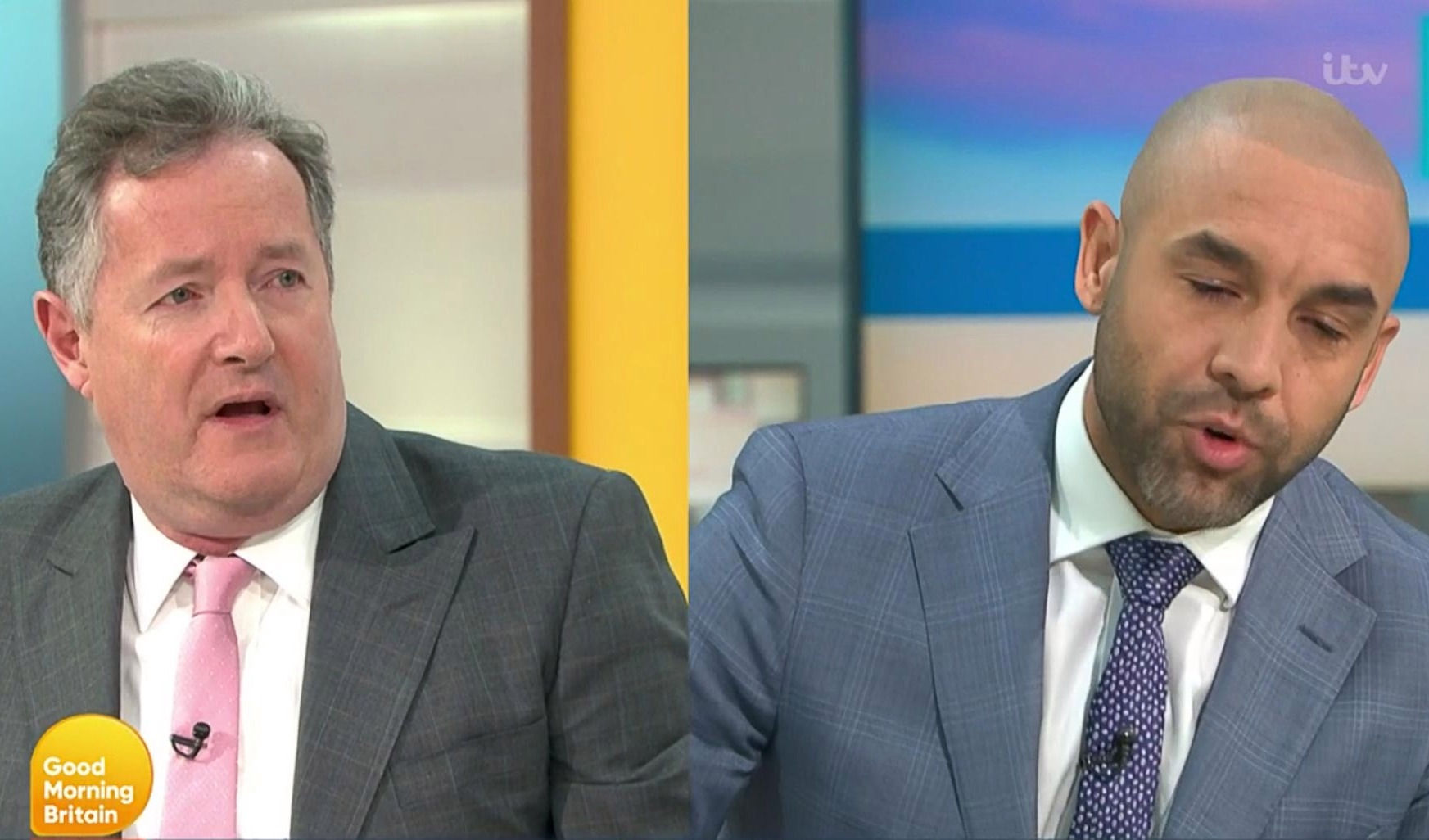 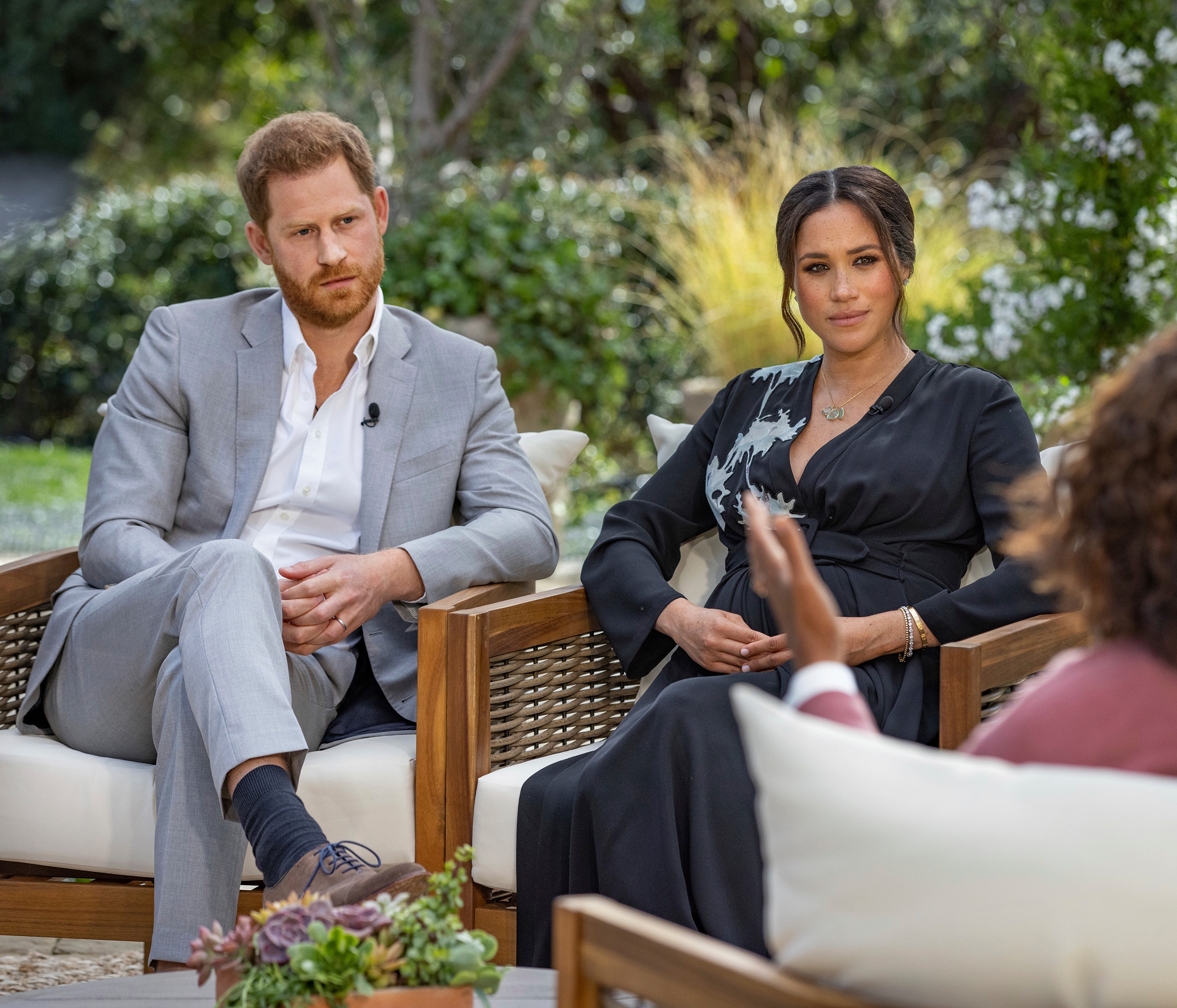 One fan tweeted: "Phillip schofield having a jab at piers morgan within the first 2 seconds of this morning 💀💀."

Fiery Piers stunned viewers this morning when he marched off the set during a debate with weatherman Alex Beresford about Meghan Markle.

He told the 40-year-old: "I'm not having this" before disappearing through a door – later insisting it was neither a joke nor a stunt.

The trouble began when Alex told Piers: “I understand that you don’t like Meghan, you’ve made it so clear a number of times on this programme. 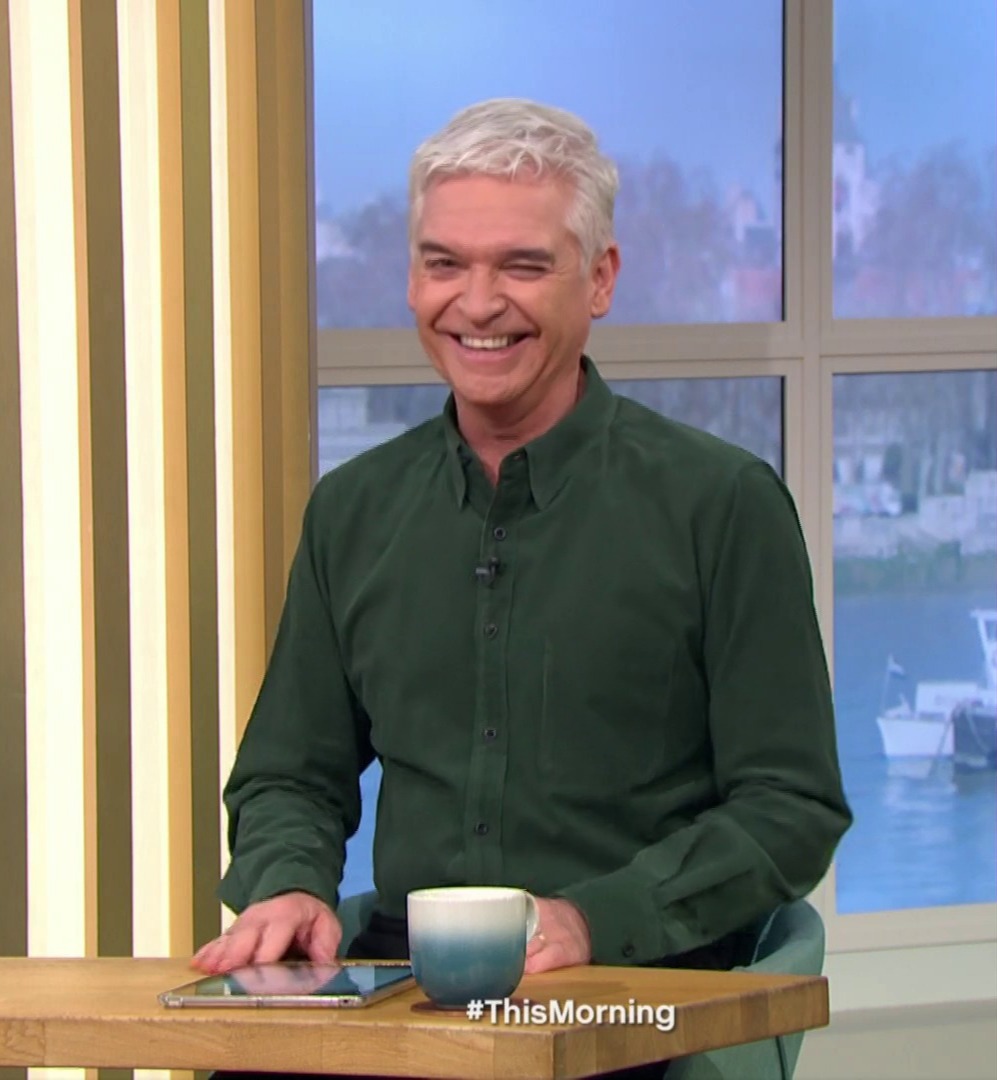 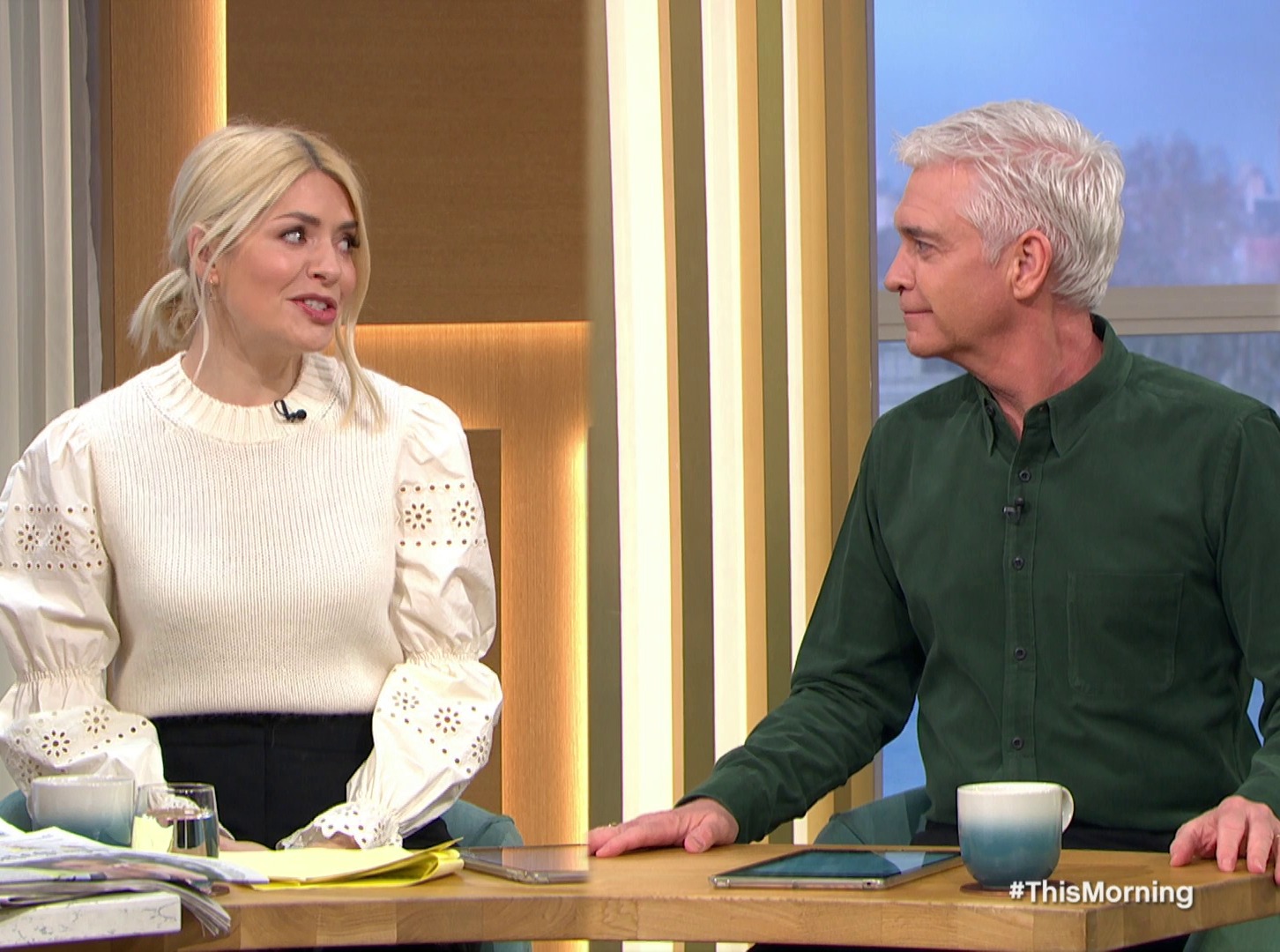 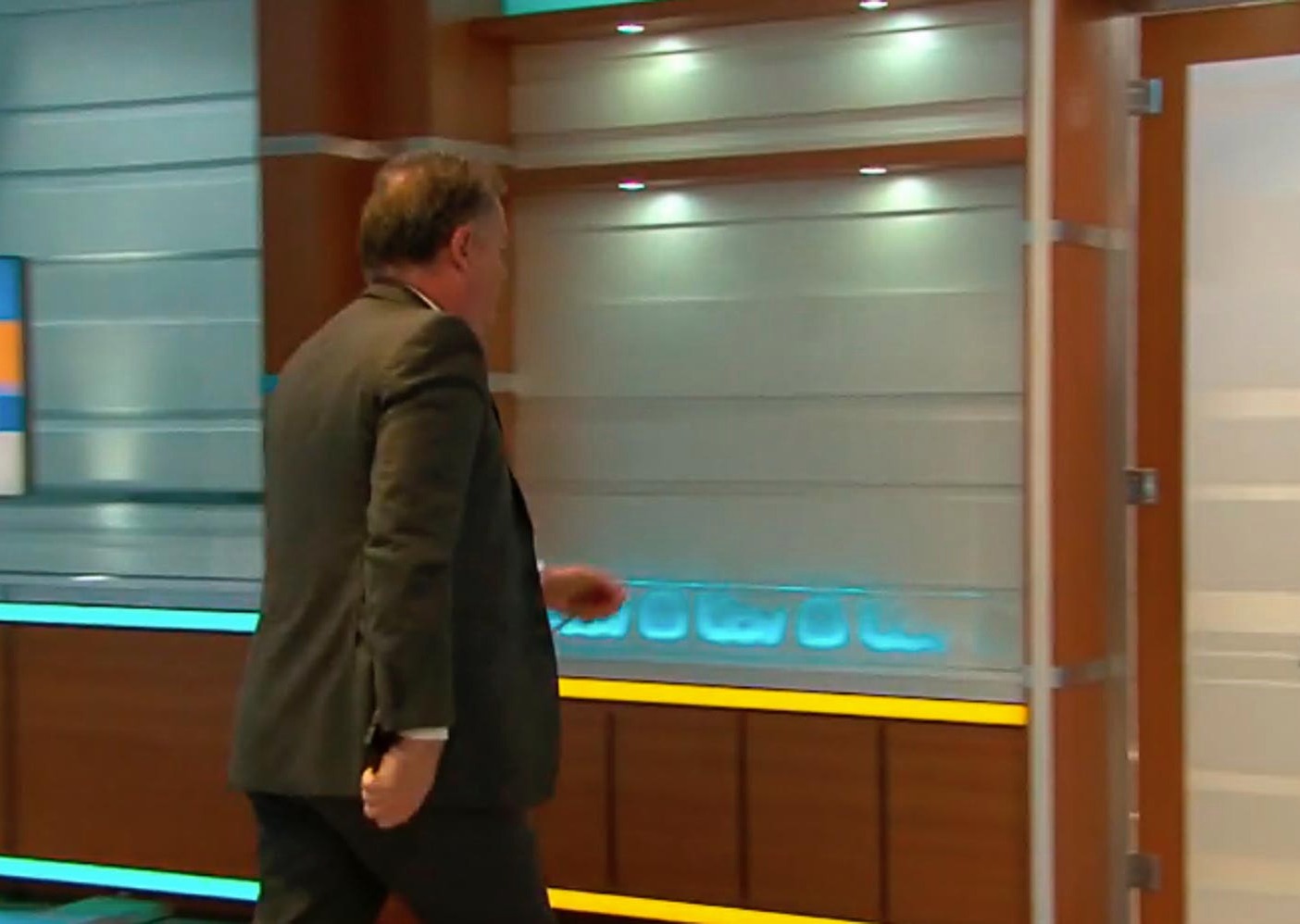 “I understand you’ve got a personal relationship with Meghan Markle, or had one and she cut you off… She’s entitled to cut you off if she wants to.

“Has she said anything about you since she cut you off? I don’t think she has, but yet you continue to trash her.”

Piers and Meghan famously went for a drink in June 2016, around the time that she started dating Prince Harry, but he claims he never heard from her again.

Alex’s remark clearly hit a nerve, with Piers dramatically standing up and saying: “Okay, I’m done with this." 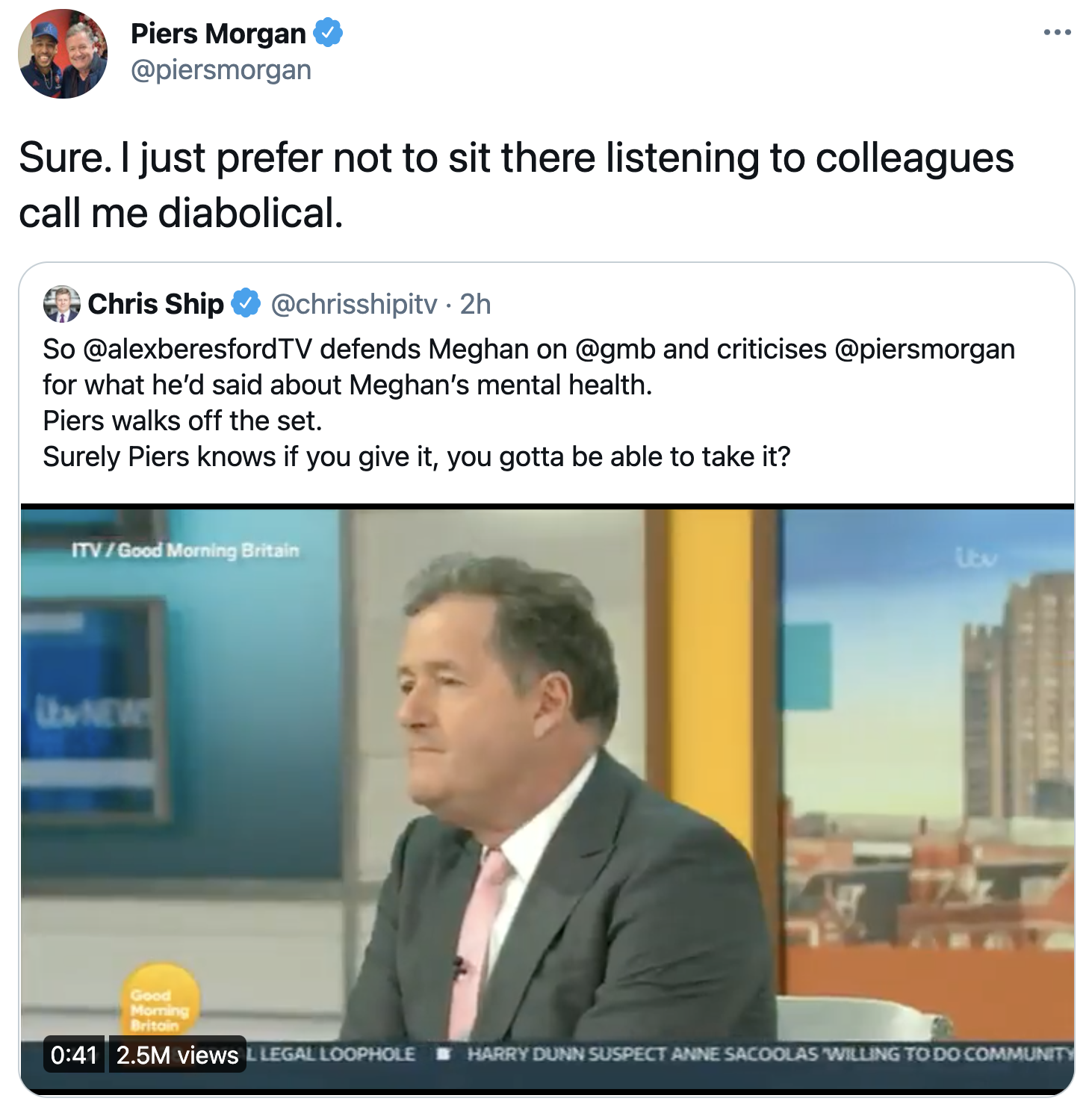 Heading for an exit, he said: "Sorry. Sorry. See you later. Sorry,I can't do this."

Making his way to the studio exit, he continued: “Sorry, see you later, I can’t do this.”

Exasperated Alex responded: “Absolutely diabolical behaviour, I’m sorry but Piers spouts off on a regular basis and we all have to sit here and listen."