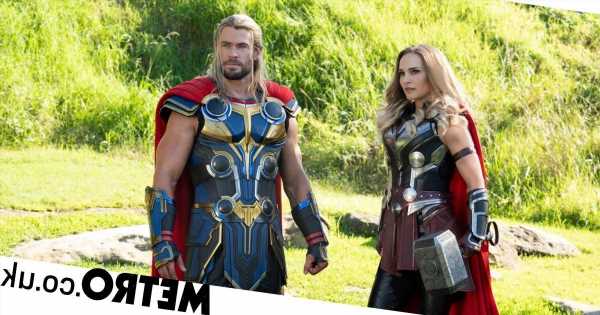 How spoilt are we this summer? Top Gun Maverick, then Elvis and now Thor: Love And Thunder: it’s got to be the best run of July blockbusters in living memory. We’ll be lucky to glimpse the sunshine.

In the ever-expanding Marvel Cinematic Universe, Thor (or rather, his movies) has carved out a niche as ‘the funny one’. That’s down to the utterly hilarious Thor: Ragnarok (2017), which, under the unique direction of Taika Waititi (Jojo Rabbit) played out like a super-hero sized send-up of itself.

Thankfully Waititi is back and significantly more in control of his mega-bucks Hollywood behemoth this time round.

A quick flashback reminds us of where Chris Hemsworth’s hero, the Norse god, Thor is now at.

After basically everyone close to him has died (multiple times in the case of his brother, Tom Hiddleston’s Loki), Waititi’s narrator tells us how a lonely Thor has shaken off his ‘dad bod’ for an ever more awesome ‘god bod’, but he’s still a ‘sad bod’ inside.

Thor still holds a candle for his one true love, Dr Jane Foster (Natalie Portman), after she dumped him eight years ago. But Jane now has stage 4 terminal cancer. 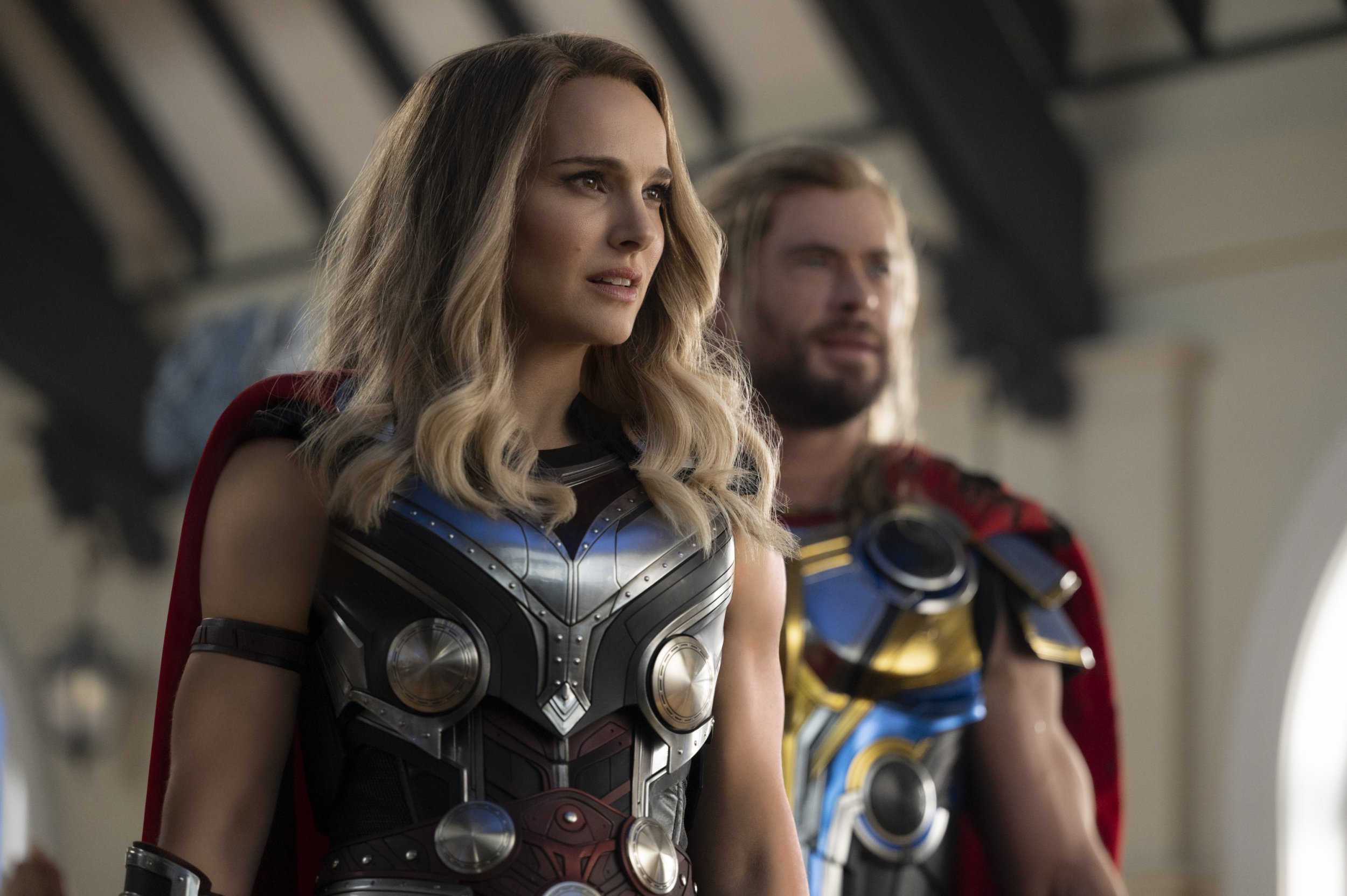 And that’s why Love And Thunder is such a triumph.

It can make you care and even make you scared (Bale’s prosthetics are especially spooky), within a beat of giving you the meta-giggles.

Hemsworth is magnificently assured as Thor, swaggering around like the barking lovechild of Prince Harry and Blackadder’s Captain Flashheart, even if you can tell he’s deep down lost and wounded.

Her sister act with Portman is terrific, if, again, fleeting. Bale has terrific screen presence, in the thankless role of a Marvel villain.

But it’s the combination of parts that make this rock (speaking of which, there’s a head-banging Guns’n’Roses-heavy soundtrack).

Waititi’s do-whatever-the-hell-he-likes approach means there’s never a dull moment, even if you still can’t quite believe he was allowed to romp this free on a budget this extravagant.

There’s some singularly striking aesthetic moments – like the Sin City-like realm of shadows and some gasp-inducing battle action.

It’s all quite obscenely entertaining. And that’s even before Russell Crowe finds himself back in a Gladiator-style games skirt as Zeus, sporting an accent that will give older fans flashbacks to Harry Enfield’s early character, Stavros, the Greek Kebab seller.

Afterwards you may struggle to remember much beyond the giant screaming space goats or Hemsworth’s naked buttocks, but as popcorn jollity goes, Thor: Love And Thunder smashes it.

Thor: Love And Thunder is in cinemas Thursday.