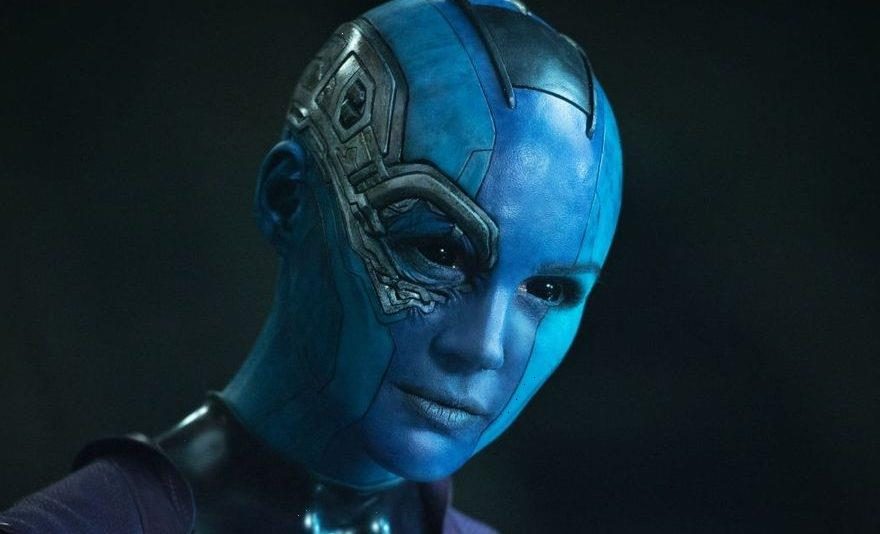 Karen Gillan has a new movie coming out and it’s one where she won’t be playing a blue-skinned cyborg. Oh, she’s still an assassin: don’t you worry about that. However, this time, you’ll get to see the human face that is usually covered in makeup and prosthetics when Gillan is playing her MCU character, Nebula. Her latest film, Gunpowder Milkshake, pairs her with Lena Headey of Game of Thrones fame for a shoot ’em up that looks like the female answer to John Wick. The movie hits Netflix in the U.S. on July 14, and while making the publicity rounds for it, Gillan dropped some details about her upcoming appearance in Thor: Love and Thunder and how it will evolve Nebula in a “bonkers” new direction.

Speaking to Collider, Gillan revealed how writer-director Taika Waititi has “brought out the bonkers side” in Nebula while in production on Thor: Love and Thunder. Waititi used humor to reinvigorate the god of thunder’s solo movie series in Thor: Ragnarok, but Gillan was quick to clarify that fans shouldn’t necessarily expect to see Nebula cracking jokes:

“I don’t know if it’s personal [levity]. Like I don’t think she’s finding herself funny or being funny, but in her seriousness I think we will find her funny, and just the pure aggression that we’ve tapped into.”

Gillan also spoke about how it has been working with different directors in Marvel movies. Evidently, James Gunn, who directed her in Guardians of the Galaxy and Guardians of the Galaxy Vol. 2, identified with her character on such a personal level that he would cry during rehearsals. Meanwhile, Joe Russo, who co-directed her in Avengers: Infinity War and Avengers: Endgame, would stand in for Josh Brolin as Thanos and act against her in certain scenes. Her full quotes on that experience and more are worth checking out via the link above.

“Should Be Dead, But She Yet Lives”

Nebula played a pivotal role in the Infinity Gauntlet comic book miniseries, which provided much of the source material for the Infinity War movie. In that story, Thanos used the power of the gauntlet to keep her imprisoned in a zombie-like form. “By all rights,” he said, “the wench should be dead, but she yet lives.”

You could say the same thing about Nebula in the movies. The MCU has really put her through the wringer: subjecting her to a torture session where her cybernetic body was pulled apart and even having her future self kill her evil past self. This year, WandaVision and The Falcon and The Winter Soldier have made it so that there’s been a lot of talk of trauma in the MCU, but that goes back to Guardians of the Galaxy Vol. 2, which snuck a story about cycles of abuse into a tentpole flick with a talking space raccoon.

Any film directed by Taika Waititi is bound to be funny, but considering all the abuse she has endured, it makes more sense to have Nebula play it straight and provide character-based humor rather than quips. It sounds like the filmmakers are on the right track and milking her “pure aggression” and dead seriousness for laughs will be the best route to go.

Thor: Love and Thunder just wrapped filming this month and is currently scheduled for release on May 6, 2022.