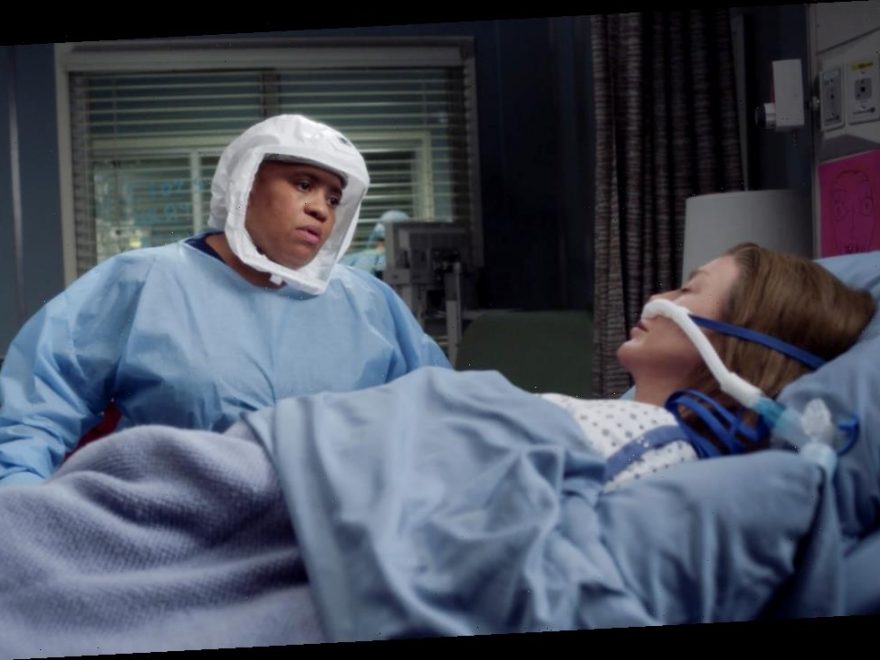 Fox’s Thursday Night Football game pitting the Los Angeles Rams against the New England Patriots scored a night-leading 2.3 rating in the adults 18-49 demographic and 9.12 million viewers, returning to action after last week’s game was postponed because of positive Covid-19 tests.

The game, a 24-3 Rams win, was the first TNF tilt since November 19, an NFC West showdown between Seattle and Arizona. Last night was off three tenths in the demo from that Seahawks victory in early Nielsen Live+Same Day fast nationals, which because of the nature of live sports will likely see adjusted numbers later today.

CBS was in repeats last night save for Star Trek: Discovery (0.2, 1.58M), even with last week. The CW re-aired its Silent Night – A Song for the World special. 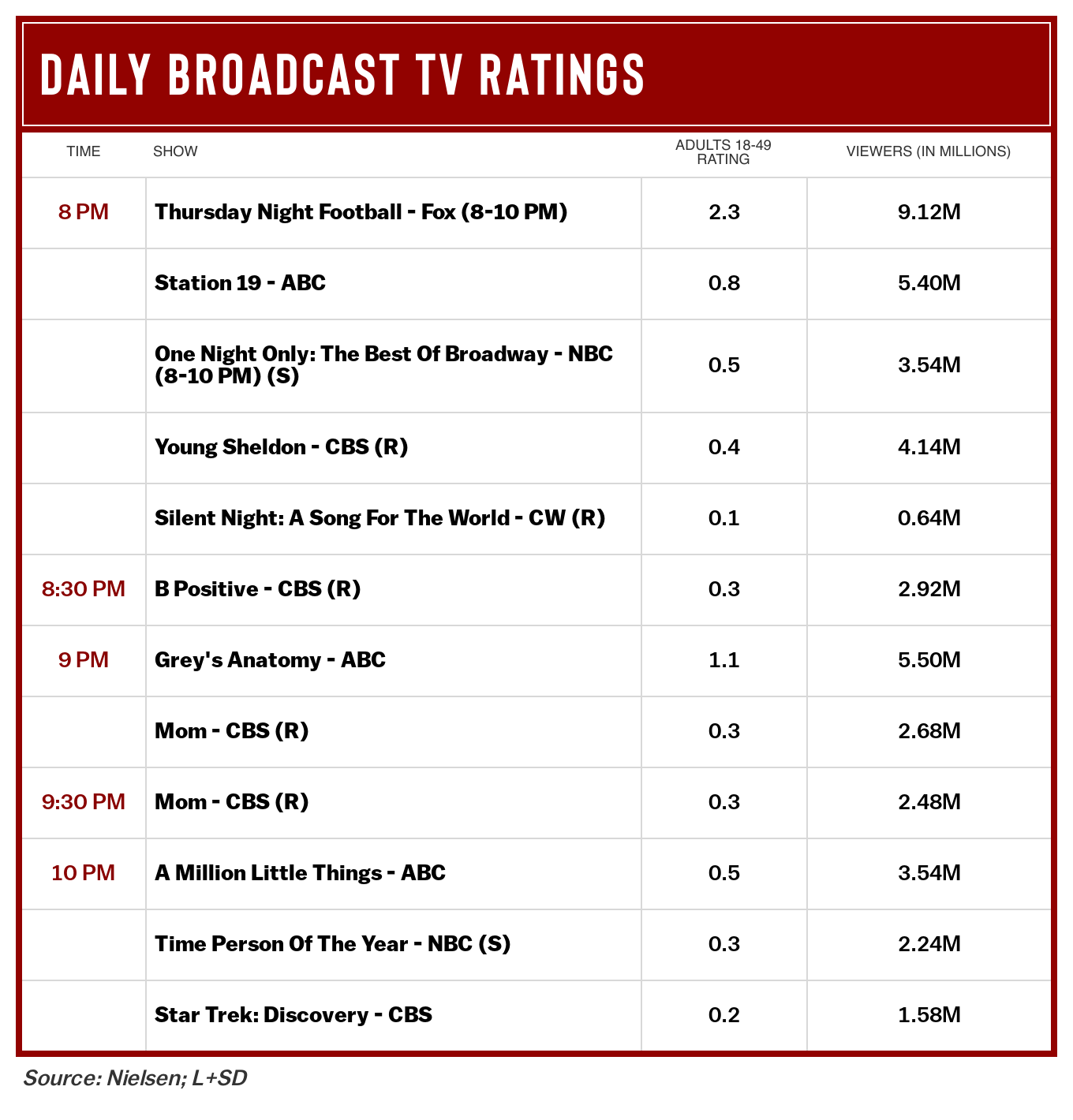