Notably, the three Broadway revivals of West Side Story didn’t apply this change despite its film success. Hopefully, Spielberg’s musical will follow the movie’s lead on this front. Because it’s hard to imagine the musical number anywhere else in the movie while retaining its narrative impact. 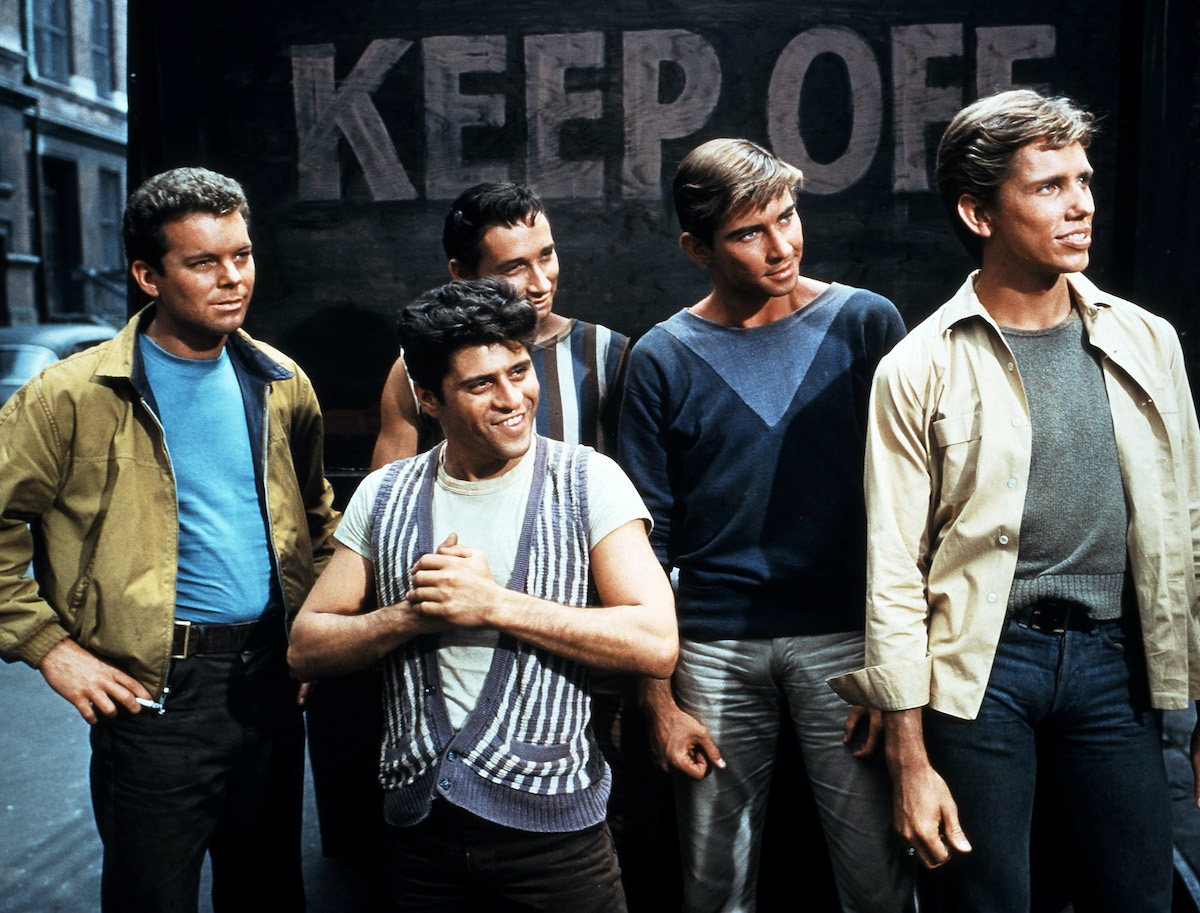 The 1961 West Side Story is one of the most celebrated movie musicals of all time. It’s based on the Broadway musical of the same name. And it’s considered to be an example of a film adaptation being better than its source material.

The music was created by Leonard Bernstein with lyrics by Stephen Sondheim. Arthur Laurents wrote the book. And it was directed and choreographed by Jerome Robbins. The original Broadway production opened in 1957 and was nominated for six Tony Awards in 1958, including Best Musical. It lost the top honor to The Music Man. But Robbins won for Best Choreography and Oliver Smith won for Best Scenic Design.

In the time since, West Side Story has been revived three times: in 1980, 2009, and 2020. The 2020 show barely got any time on Broadway before the coronavirus (COVID-19) pandemic shut down Broadway. Debbie Allen starred in the 1980 revival as Anita. And Lin-Manuel Miranda translated some of the songs into Spanish for the 2009 revival. Despite being one of the most famous Broadway musicals of all time, West Side Story has never won Best Musical or Best Revival of a Musical at the Tonys. But it has won Best Picture at the Oscars.

West Side Story won 10 Oscars at the 1962 Academy Awards, including Best Picture. George Chakiris won Best Supporting Actor for his performance as Bernardo. And Rita Moreno won Best Supporting Actress for her performance as Anita. Moreno will appear in Spielberg’s West Side Story as shop owner Valentina. And The Prom and Hamilton‘s Ariana DeBose plays Anita.

‘Cool’ from ‘West Side Story’ was originally in act 1

Each interpretation of West Side Story puts its own spin on the tale. But no changes to the original story have been so effective as the movie’s decision to switch the song placement of the songs “Gee, Officer Krupke” and “Cool.” “Gee, Officer Krupke” shows the Jets taunting a police officer always giving them grief when they’re out and about. And “Cool” is basically the Jets’ life motto.

In the stage show, “Cool” is performed in act one and “Gee, Officer Krupke” comes right after the deadly rumble that kills Riff and Bernardo. Imagine a comedic song after a climactic scene that kills two main characters… weird! The film rightly switched the placement of “Gee, Officer Krupke” and “Cool” so the latter followed Riff and Bernardo’s deaths.

Placing “Cool” after the rumble completely changed the song’s meaning. And the acting performances of the actors paired with Robbins’ electric choreography raised the emotional stakes of the number tenfold. The number showed Tucker Smith’s Ice stepping in as the new leader of the Jets following the death of Riff (Russ Tamblyn). He’s literally telling his fellow Jets to keep cool and repress their feelings. Repressing their grief following such a traumatic event made the group simmer with rage, which they were ready to take out on the Sharks.

The song was always about repressing emotion in order to look cool. But changing its placement was a brilliant directing choice. It took the song’s message and made it all the more threatening, as the group’s unaddressed rage was going to spill out somewhere. Robbins’ “Cool” choreography also showed the teens exploding with rage and immediately reining it all back in. The physical expression of this repression is effective and powerful, and shows the emotional stakes of the scene more than dialogue ever could. This directing choice was so powerful, theater audiences often find it odd that the stage version of West Side Story isn’t structured the same way.

The track list and soundtrack for Spielberg’s West Side Story haven’t been released. So there’s no way of knowing if Spielberg followed the Broadway or film structure. But given the narrative power of having “Cool” in act two, it’s hard to imagine Spielberg opting to keep the Broadway song order. At least, we hope he didn’t make that choice.

One positive sign is clips from Spielberg’s West Side Story trailers show clear cinematic parallels to the 1961 movie. For example, one clip of Ansel Elgort and Rachel Zegler (Tony and Maria) is highly reminiscent of the balcony scene between Richard Beymer and Natalie Wood. And Moreno’s casting further shows Spielberg’s commitment to honoring the legacy of the original film.

Hopefully, Spielberg will follow the 1961 West Side Story‘s lead and keep cool in its rightful place in act two. After all, what’s the point of revivals and remakes if you’re not going to improve upon the original work?