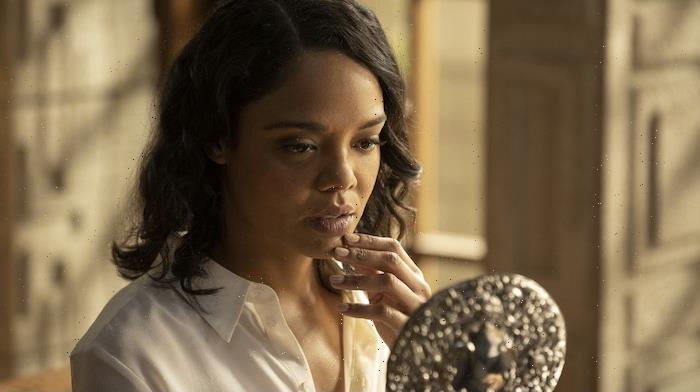 Recently, we reported that production on the fourth season of HBO’s Westworld had temporarily shut down due to a crew member testing positive for COVID-19. The series had to hit pause but it has now resumed filming.

Deadline reports that cameras have started rolling in Westworld again after a two-day shutdown. If you missed the news we shared about the show’s production pause, it’s worth catching up on here. The article gives a comprehensive overview of what it’s like on the set of TV shows and movies right now as they try to keep working under the safest possible conditions while the Delta variant of the coronavirus surges across the globe.

Westworld is filming at Melody Ranch in California, which previously appeared on HBO in the critically acclaimed Deadwood. Quentin Tarantino also filmed part of Django Unchained and Once Upon a Time in Hollywood at the same location. In the latter film, Melody Ranch served as the set of Lancer, the series where Rick Dalton (Leonardo DiCaprio) had his day-in-the-life guest-star experiences: flubbing his lines before coming back strong to deliver “the best acting” his 8-year-old co-star had ever seen in her whole life.

What to Expect from Westworld Season 4

Westworld itself has been something of a reverse Rick Dalton. It started out strong, only to lose the plot in its second and third seasons, as viewers (and reviewers like our own Chris Evangelista) grew tired of the show’s ever-expanding, ever-confounding world. The third season introduced a new series co-lead, Caleb, played by Breaking Bad alum and recovering Meyerist cult member (on Hulu’s The Path), Aaron Paul.

I, too, am a Meyerist — in name only — and a recovering viewer of Westworld.

I honestly wonder where the show can go from here. As interesting as it was to see Shogun World mirror the Westworld park like a reverse Japanese remake of a Spaghetti Western, it almost feels like it should have maybe ended as a limited series back in its first season.

At one point in the show’s run, Dr. Ford (Anthony Hopkins) asked Dolores (Evan Rachel Wood): “Are you having dreams again? Thinking of breaking out of your modest little loop…taking on a bigger role?” It feels like Westworld has tried to follow a similar path of breaking out of the loop and taking on a bigger role without being entirely successful.

If you’ve stuck with it, however, and are looking forward to the fourth season, then be prepared (per Deadline) to see Caleb meet Tessa Thompson‘s Charlotte Hale-clone for the first time. He becomes “a pivotal player in waging a possible war against humans in the real world, which has been infiltrated by the park’s robots.”

Westworld season 4 is expected to hit HBO in May 2022.