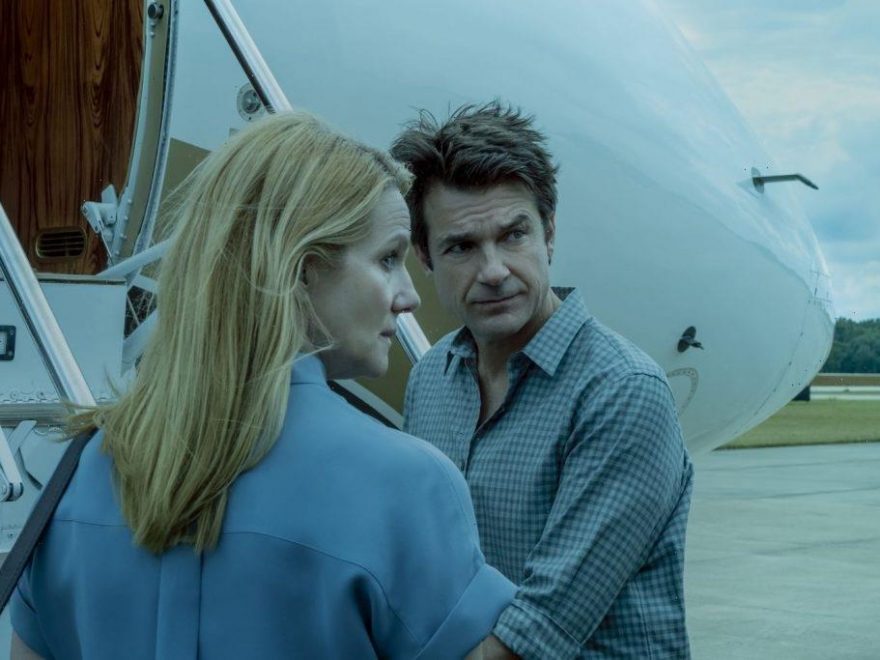 From the moment it premiered in July 2017, Ozark was a sensation. A Netflix series, the show follows a suburban couple from Chicago who relocate their family to the Missouri Ozarks to work for a Mexican drug lord. It’s always kept fans on the edge of their seats with its gripping storylines and action. However, it’s been a while since viewers have gotten to see the Byrde family. What’s the hold-up? What’s the status of Ozark Season 4?

‘Ozark’ went out with a bang (literally)

The third season of Ozark was a rollercoaster ride up until the very end when it looked like Omar Navarro would kill Marty and Wendy, only to see him shoot Helen Pierce down instead. She had been hoping to be promoted and to have the couple removed from the organization, but Navarro clearly felt they were more valuable than her. “Today is a beginning,” he said, hugging the blood-soaked couple.

‘Ozark’ Season 4 is in production

Fans have been eager for more Ozark ever since that last episode. Unfortunately, the coronavirus (COVID-19) pandemic hit, causing delays across the TV and film industry. But Jason Bateman (Marty Byrde) said in a past interview with IndieWire that production was likely going to start on Nov. 9, 2020.

“Everything is moving well toward that, and we’re very confident in the guidelines and protocols we’re going to be following. We’ve got tons of consultants, [and] we’re learning a lot from other productions,” he said.

In the months since then, the Ozark cast and crew have been repeatedly seen in Georgia, where the show tapes. One of the latest sightings came in June, when a fan spotted Bateman with a woman believed to be Laura Linney (Wendy Byrde). The number of completed episodes is unclear, but given the amount of time the show has been filming, it’s likely at least a few are done. That said, we’ll probably get the next season between 2021 and 2022.

Expect lots of intensity and drama in ‘Ozark’ Season 4

As far as the overall plot of Ozark Season 4, showrunner Chris Mundy previously told Deadline that it’ll focus on the Byrdes as they scramble to find an “out.”

“You’re going to learn what they want their end game to be, and they’re going to have to reckon with it a little bit …” he said. “If they’re trying to look to see if there’s an out, they’ve got to figure out if that’s what they want, and if so, what’s the version of it that they want. Then reckoning with that after so much chaos — that’s going to bubbling under the surface.”

In addition to the original actors, the fourth season will also feature Alfonso Herrera, Adam Rothenberg, Bruce Davison, CC Castillo, and several other stars. It’ll be split into two parts that consist of seven episodes each.