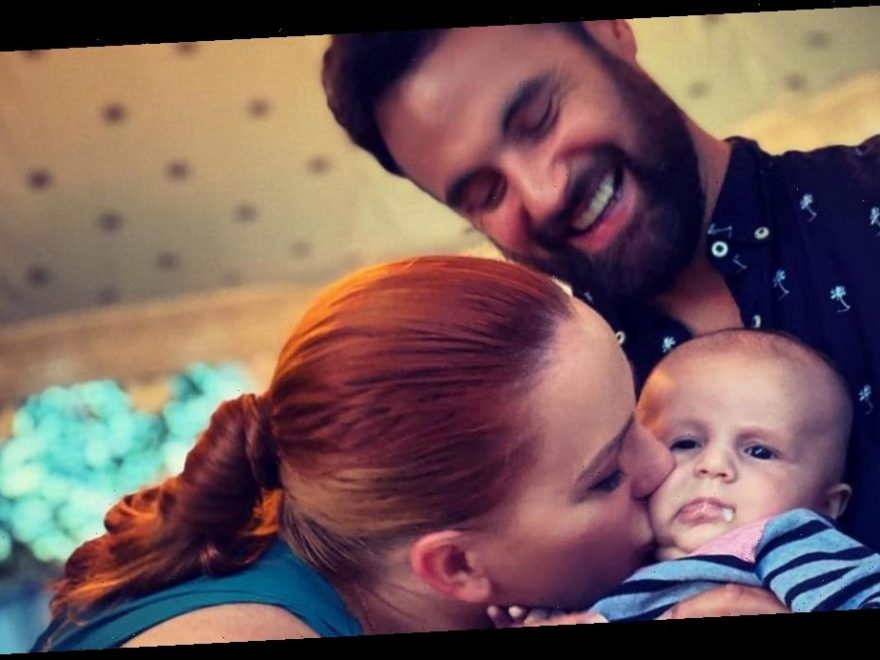 It might have aired in Australia back in 2019, but Married at First Sight Australia season 6 has kept Brits entertained during lockdown.

There have been plenty of dramatic twists and turns to keep viewers entertained.

As you’ve spent so long getting to know these people, you’ll undoubtedly want to know what happened when the cameras stopped rolling.

Here is everything you need to know about where all the couples are now.

Who is still together? Who is in a new relationship? Here we explore.

Cam Merchant and Jules Robinson were the biggest success story to come out of MAFS Australia season 6.

The pair hit it off straight away, and went from strength to strength throughout the series.

Cam proposed to Jules during his final vows, and they tied the knot on a special episode of A Current Affair in November 2019 – and they are still going strong.

Six months after the their real wedding they announced they were expecting a baby together.

The couple are now parents to Oliver Chase Merchant, who was born on October 3 2020.

Martha Kalifatidis and Michael Brunelli also decided to stay together during their final vows.

The pair had their ups and downs during the series, but they are still going strong.

Martha recently admitted on the 2021 reunion show: “We're more surprised [that we're still together] than the rest of you guys to be honest!"

Last year they moved to Sydney together, and are living in an apartment on Bondi Beach.

Viewers were heartbroken when Ning Surasiang said yes to carrying on the relationship with Mark Scrivens, but he said no during the final ceremony.

At the time Ning was shocked and angry, saying: “Just stop. This is bull****”.

But after coming to terms with what happened they have both had time to heal, they started messaging each other and became friends.

Since leaving the experiment Ning and Mark have both started relationships with new people.

Mother-of-three Ning is dating a man called Kane Micallef, who she often shared loved-up snaps of.

Mike Gunner and Heidi Latcham had a turbulent relationship during the show – but many fans were hoping they could stay together.

Despite saying yes to each other in the final commitment ceremony, they split shortly after.

They announced their split in the reunion show. Mike explained: “Right after the final vows, Heidi and I went back to the Gold Coast together but it didn't take long and the wheels started coming of.”

In February 2021 Mike confirmed he was in a new relationship on Instagram, with a woman called Sonja Marcelline.

Recently he posted a picture of her with the caption: “Nice to have a girl who gets me. I’m pretty direct and often my filter gets clogged but she likes that about me.”

Meanwhile, Heidi went back to her job as a radio presenter, and has kept a relatively low profile.

Jessika Power and Mick Gould tried to make things work when they were matched, but ultimately didn’t get on.

When their relationship started unravelling Jessika started an affair behind his back with Dan Webb – a fellow cast member who was married to Tamara Joy.

When they eventually both decided to leave the relationship, Jessika continued the rest of the experiment with Dan.

After leaving the experiment, Mick was linked to Tamara after they were spotted hanging out together. But they confirmed they were just friends.

Mick is currently dating The Bachelor’s Kayla Gray, and they live together in Queensland.

They met at an event in March 2019, and Kayla relocated to Mick’s farm in Gympie five months later.

Tamara was shocked when she found out about Dan’s behaviour behind her back.

She later spoke to Woman’s Day: “I just think that's really wrong and it does not align with my morals or character.

“Don't stick around and string your husband along just so you can make eyes with other husbands or touch other husbands under the table. Wait until you get outside. It's just something that I feel very strongly about – I'm a loyal person, I have morals.”

Tamara currently lives in Queensland, and by the looks of her social media pages, she doesn’t appear to have a boyfriend.

Jessika and Dan vowed to stay together at the final commitment ceremony.

But they went on to split just months after the show ended.

The scene led to a huge argument between the two, and Dan revealed he didn’t trust Jessika.

Dan told Yahoo Lifestyle: “Me and Jess have split, let’s get that straight. We have broken up.

"There's no way I am going to be dating that girl after the rumours and the stuff that's been sent to me over the past 24 to 48 hours." Cyrell Jimenez and Nic Jovanovic had a turbulent relationship, and decided to call it quits during the show.

The pair tried to make it work several times, but Cyrell's fiery personality proved to be too much for Nic to handle.

The pair met at a party in March 2019, and Cyrell moved in with him shortly after.

Meanwhile, Nic lives in Newcastle in Australia. He briefly dated Bridgette Lee in November 2019, but they seemed to split shortly after.

Susie Bradley and Billy Vincent had an explosive relationship, and while they initially gave it a go, they soon went their separate ways.

Billy is rumoured to be dating model and professional snowboarder Rani Siregar.

Susie, who is already a mother to her six-year-old daughter, is now pregnant with their child.

Before becoming pregnant, Susie left her job as a nurse and set up her own injectables business.

Melissa Lucarelli and Dino Hira were the third couple to leave the experiment after struggling to find a spark.

By the looks of things, Mel is still looking for her Mr Right.

After the show Dino moved on to date Renae Cukrov, and they were seen spending plenty of time together in Sydney.

He has since relocated to Hong Kong where he works as a mediation coach, and does not appear to be in a relationship at the moment.

Ines and Bronson split just weeks after starting the experiment.

Ines originally tried to pursue things with fellow contestant Sam Ball, but things didn’t work out with them.

Since leaving the show Ines has become a full-time Instagram influencer, and has undergone a number of cosmetic treatments.

Bronson is still running his party boat business in Australia, which he started in 2009.

He is currently in a relationship with Hayley Wallis.

Elizabeth Sobinoff and Sam called the relationship off just three weeks into the experiment.

Lizzie went on to appear on MAFS for a second time, where she hit it off with Seb Guihaus.

The pair were together for a year, and even moved in together – but they have sadly called it quits.

Taking to Instagram in January 2021, Lizzie explained: “We have mutually decided to end our relationship as boyfriend and girlfriend. We want to thank everyone for the endless support we have received on our platforms.”

Sam currently lives in Canberra, and has graduated from the Kapooka Army Recruit Training program.

Lauren Huntriss and Matthew Bennett were the first couple to split on Married at First Sight.

Despite Matt losing his virginity to Lauren, he said during a dinner party he wasn’t “attracted to her”.

Since appearing on the show, Matt has moved in with girlfriend Annabelle who he met at his wrestling club in 2018.

Lauren is still working as a make-up artist, and shares her styling tips on Instagram.