CARRIE Fisher, one of the most recognizable sars of the 1970s, would've been 65 years old today.

Friends and fans are remembering the Star Wars actress with tributes, including costar Mark Hamill, who took to Twitter writing Fisher was, "never not fun and always highly tolerant of my juvenile on-set hijinks…even when she wasn't in the mood." 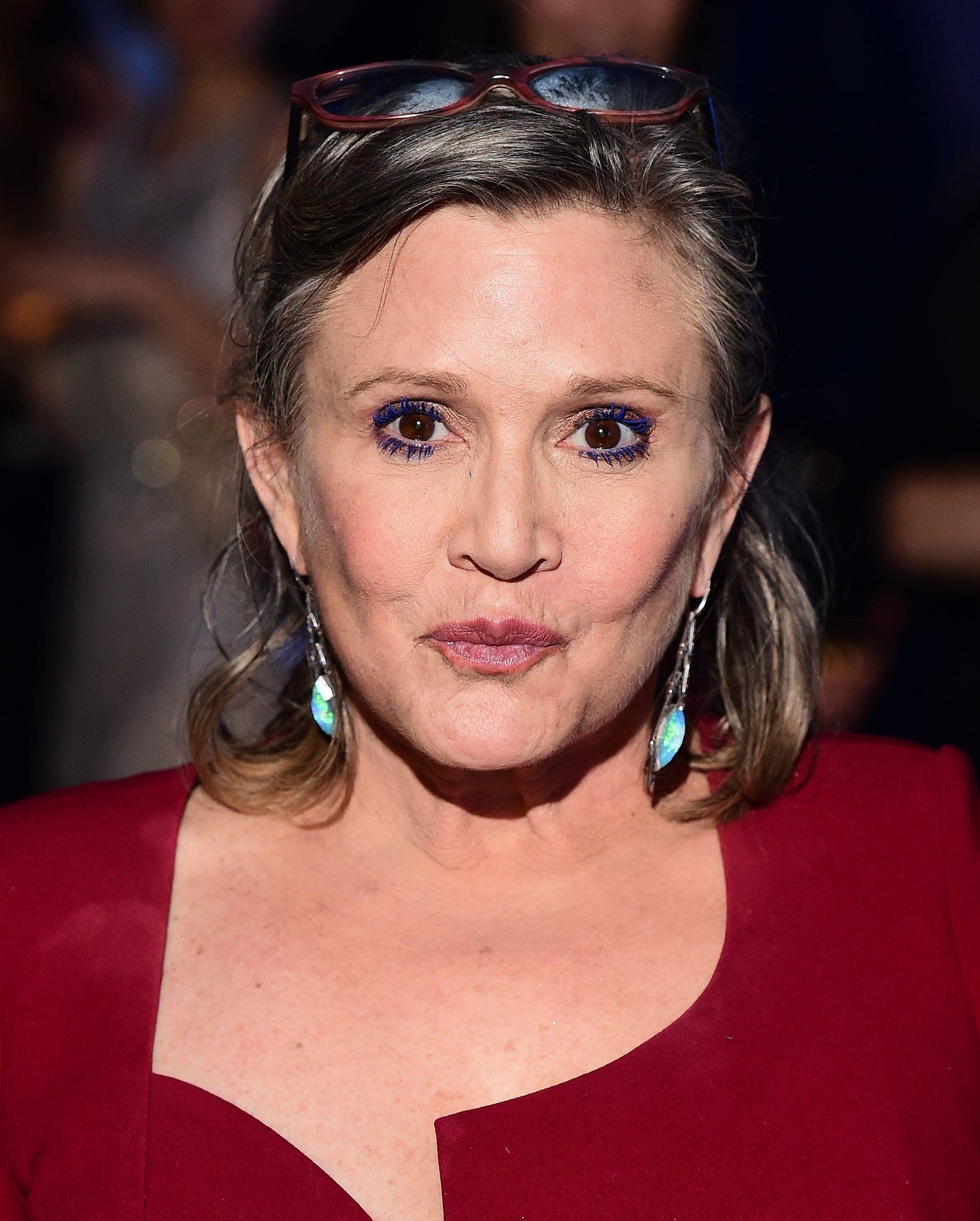 Who was Carrie Fisher?

She was born in Beverly Hills, California, to singer Eddie Fisher and actress Debbie Reynolds on October 21, 1956.

She was of Russian, Jewish, English and Scottish-Irish descent.

Fisher went to Beverly Hills High School until the age of 15, when she nabbed a role as a debutante and singer in the hit Broadway revival Irene, which interfered with her education, prompting her to drop out.

She never graduated from high school.

She went on to study at the London Central School of Speech and Drama, and was accepted into Sarah Lawrence College to study the arts, but left before she could graduate due to filming commitments.

How did Carrie Fisher die?

Carrie was taken ill on a flight on December 23, 2016 from London to LAX, and was taken to hospital when the plane landed.

According to a fellow actor who sat near Fisher, she stopped breathing.

Another passenger onboard performed CPR on the star until paramedics reached her.

She was stabilized in a hospital and placed on a ventilator while in the intensive care unit.

The star's family released a statement, expressing a "very deep sadness" as they announced her death.

On behalf of Fisher's daughter, Billie Lourd, spokesman Simon Halls said: "It is with a very deep sadness that Billie Lourd confirms that her beloved mother Carrie Fisher passed away at 8:55 this morning.

"She was loved by the world and she will be missed profoundly. Our entire family thanks you for your thoughts and prayers."

An autopsy found she had cocaine, ecstasy and heroin in her body four days before her death in December.

The shocking findings were based on toxicology screenings done on samples taken when the actress arrived at a Los Angeles hospital.

Sadly the day after Fisher's death, her mother Debbie Reynolds suffered a stroke at the home of son Todd, where the family was planning Fisher's burial arrangements. 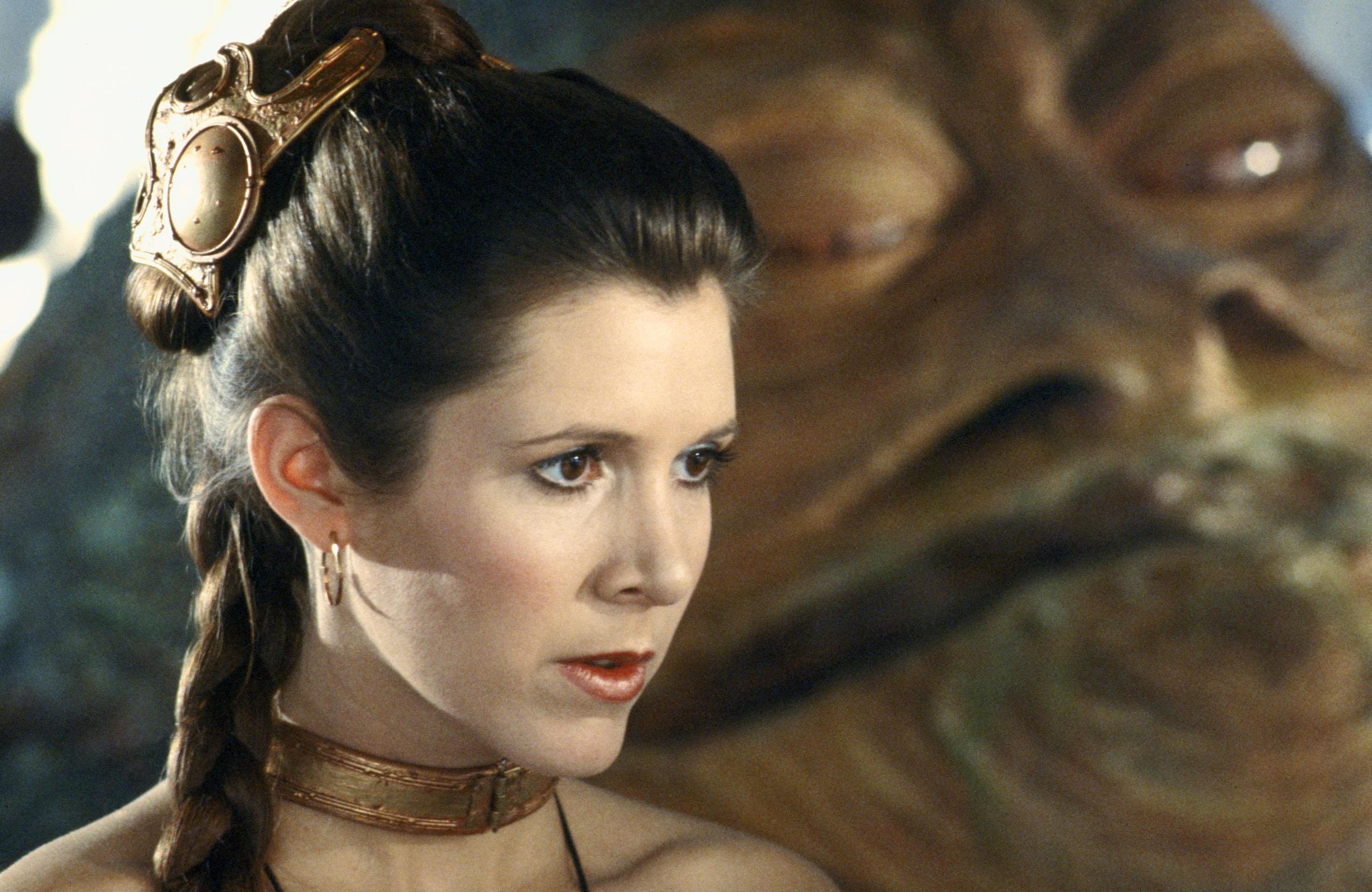 How did Carrie Fisher's acting career take off?

After making her film debut in the 1975 comedy Shampoo alongside Goldie Hawn, Carrie Fisher went on to star as Princess Leia in George Lucas' Star Wars: Episode IV – A New Hope with Mark Hamill and Harrison Ford.

She was cast under the condition that she lose 4.5kilograms for the role.

The movie catapulted Fisher to international stardom – the original trilogy is widely considered one of the best film trilogies in history.

She reprised the role of Princess Leia in six more Star Wars films over the years, most recently in last year's Star Wars: The Force Awakens.

Fisher went on to lend her voice or acting expertise on hit shows and movies like Family Guy, The Big Bang Theory, 30 Rock, Entourage, Sex and the City, When Harry Met Sally, and Austin Powers…to name a few. 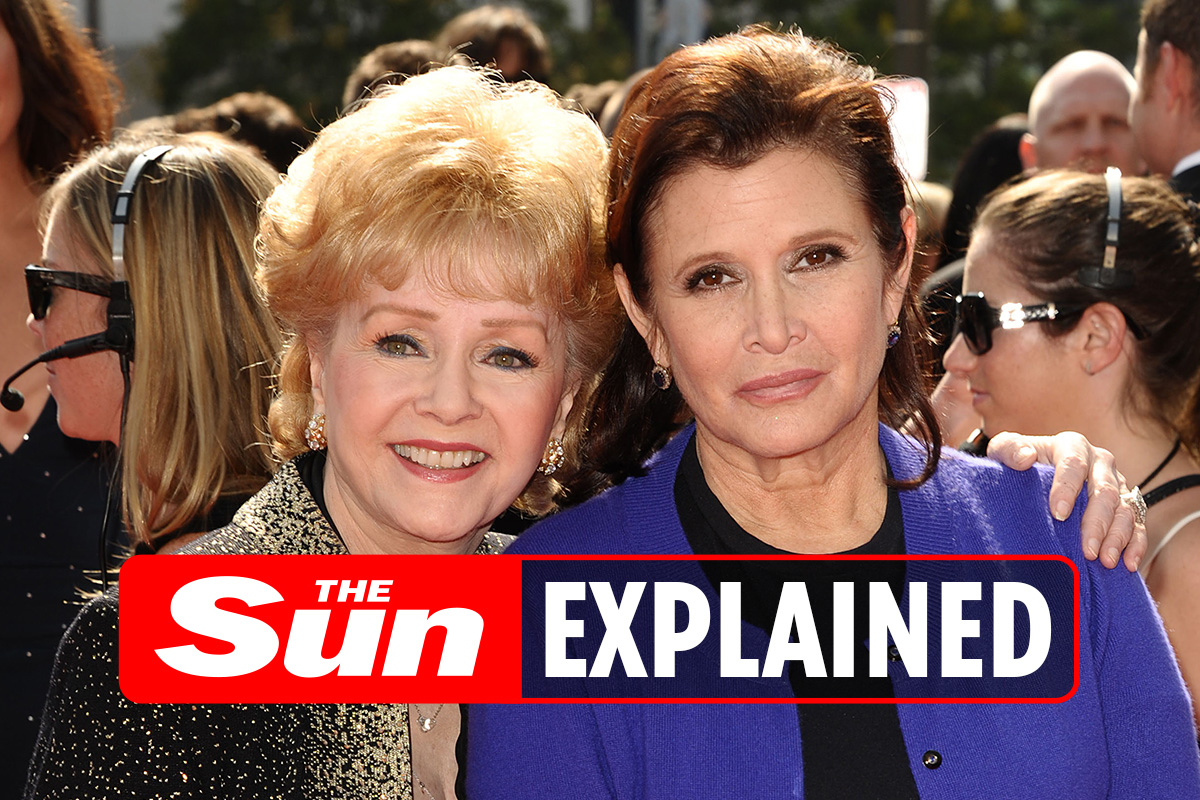 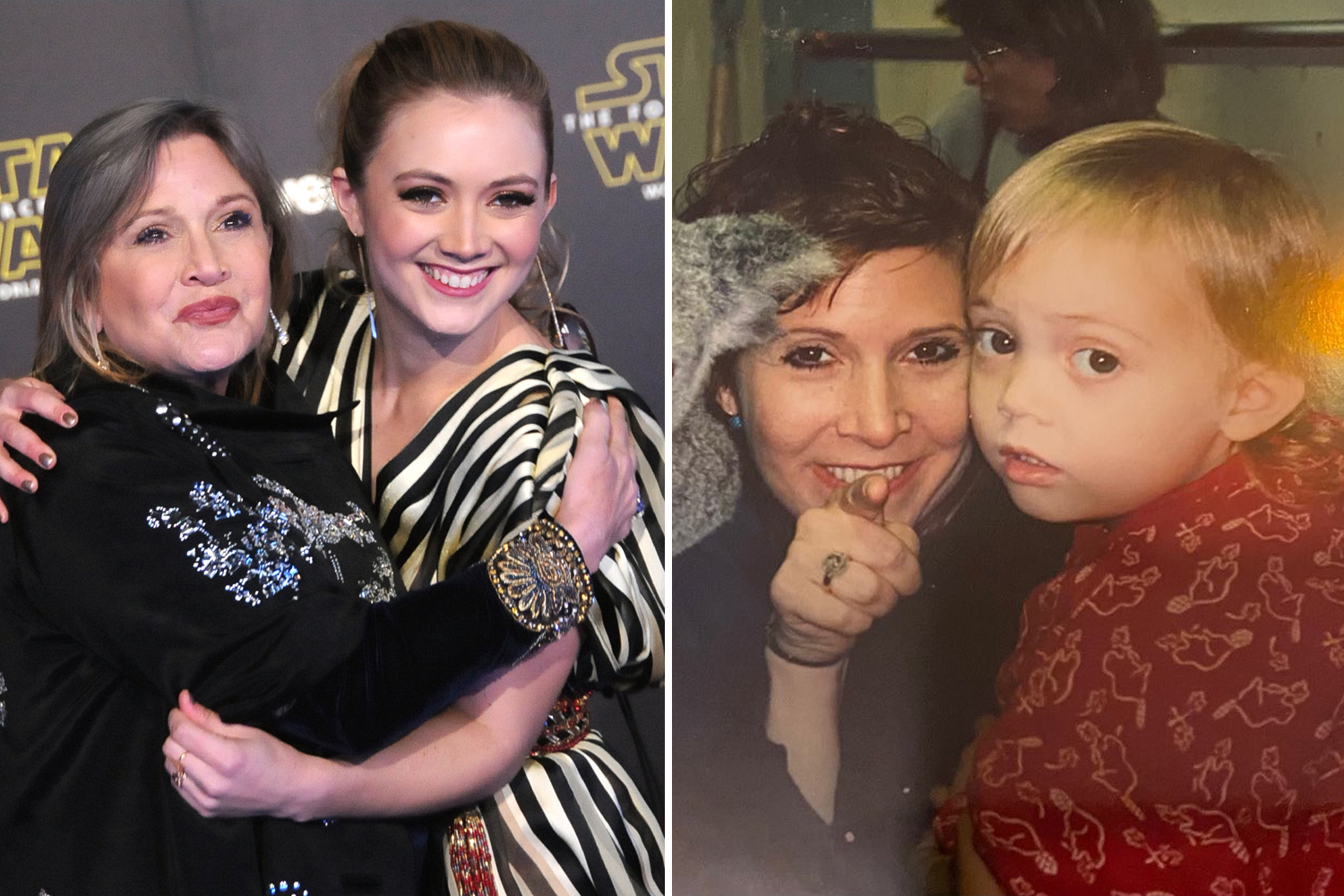 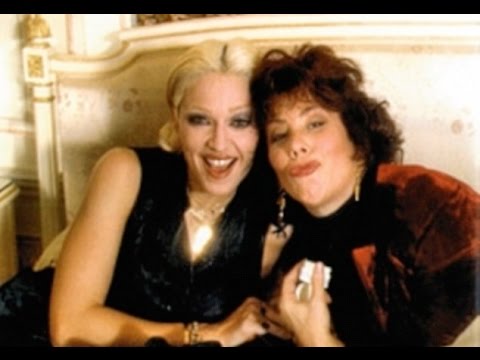 Who has Ruby Wax interviewed? From Madonna to Donald Trump 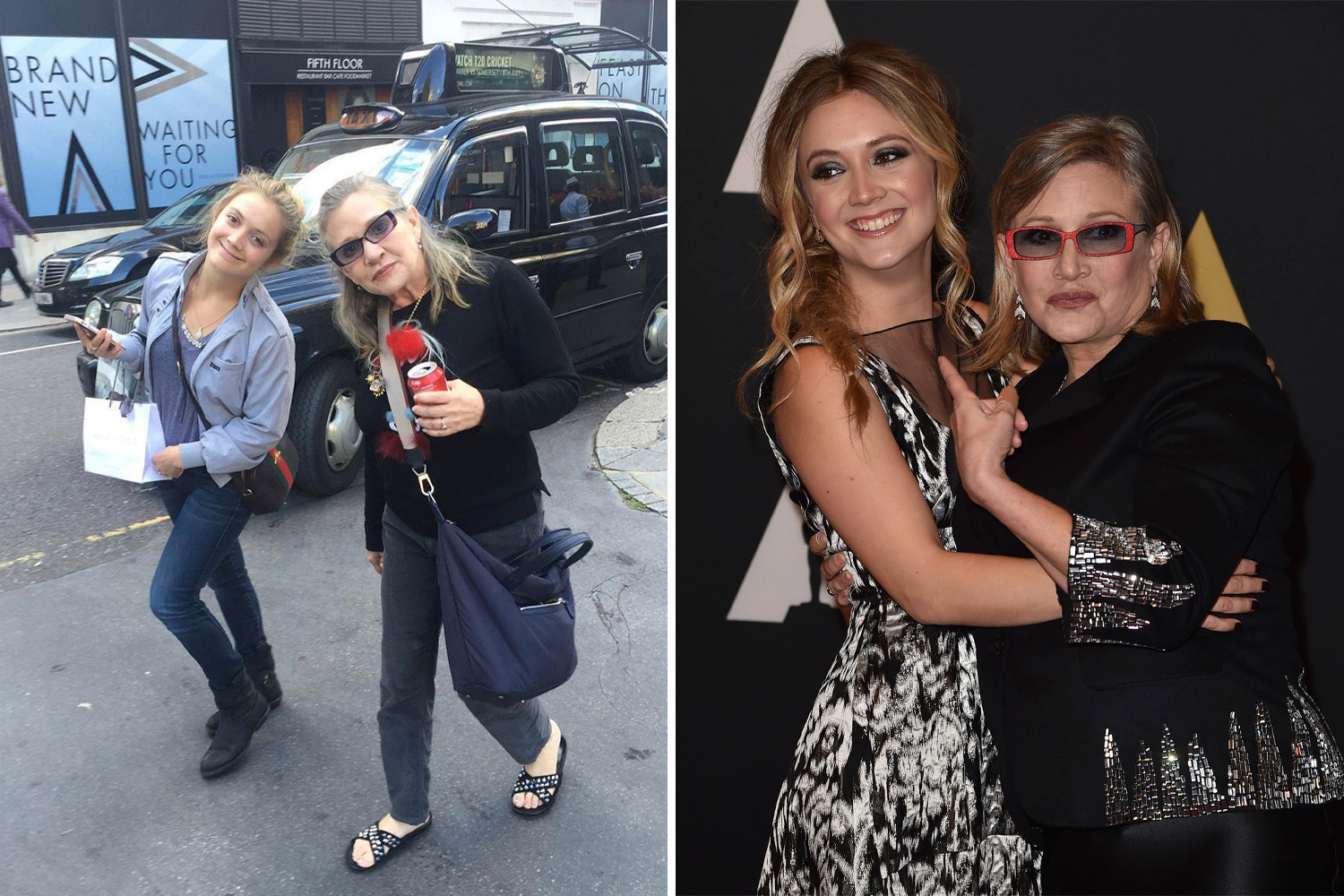 What about Carrie Fisher's personal life?

Carrie endured a difficult private life and has discussed her years of mental illness and drug addiction in interviews and writing.

She dated musician Paul Simon from 1977 until 1983 and was briefly engaged to actor and comedian Dan Akroyd in 1980.

She married Simon in 1983, but the pair divorced a year later, though they continued dating for a time after their split.

The star went on to date talent agent Bryan Lourd, and the pair had a child, Billie Catherine Lourd, together in 1992.

She also enjoyed a close relationship with James Blunt while the singer was working on his 2003 album Back to Bedlam.

Fisher publicly discussed her addictions to cocaine and prescription medication, along with her diagnosis of bipolar disorder.

She described her drug use as a way to make herself "feel normal", and said drugs "contained me".

In a 2010 interview, the star revealed she took cocaine while filming The Empire Strikes Back.

She said: "Slowly, I realised I was doing a bit more drugs than other people and losing my choice in the matter."

She accidentally overdosed on a cocktail of prescription medication and sleeping pills in 1985, but went on to make a full recovery.

She published a memoir called Wishful Drinking in 2008, as well as an autobiography, The Princess Diarist, in 2016.

The star revealed she and Harrison Ford had enjoyed a three-month affair during the filming of Star Wars in 1976.

How is her child, Billie Catherine Lourd, doing five years after her death?

In an interview with PEOPLE Magazine, Billie Lourd explains her grieving process five years after the death of her mom.

She says, "People always ask me what stage of grief I'm in. And my answer is never simple. I'm in a different stage of grief in each moment of every day," said Lourd, 29.

"My grief is a multi-course meal with many complicated ingredients. An amuse-bouche of bargaining followed by an anger appetizer with a side of depression, acceptance for the entree and of course a little denial for dessert."