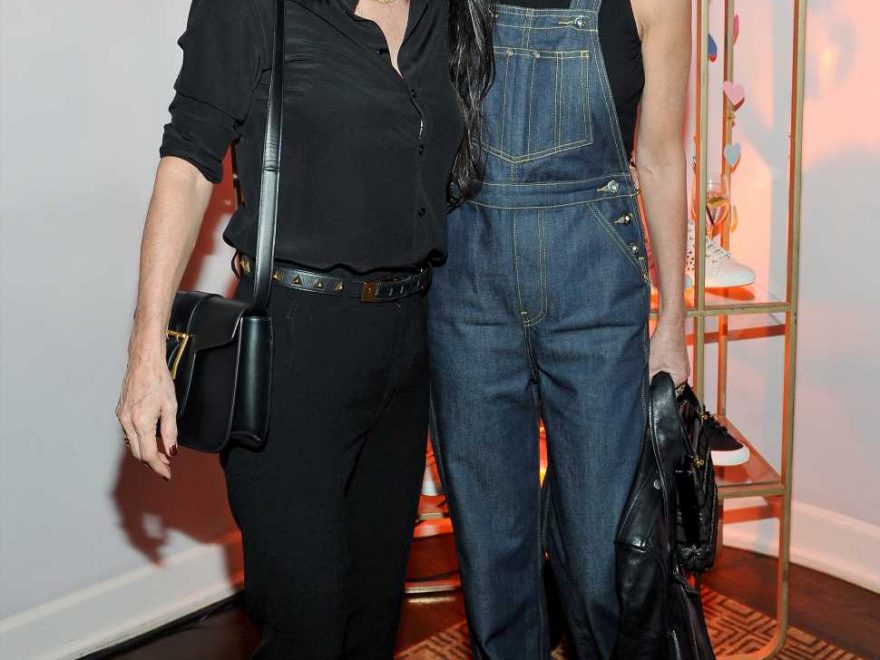 Can you Demi Moore and Courteney Cox apart?

The two actresses posed for an unforgettable Instagram photo that Moore, 56, shared on Instagram Thursday night, causing fans to do a doubletake.

Two of her daughters, Rumer and Tallulah, commented on the photo, with Rumer writing, “This is adorable,” while Tallulah agreed, writing, “Love!!!!”

In the photo, Moore wore a black turtleneck and denim overalls, while Cox chose a black button-down shirt and black pants. Both wore black eyeglasses and wore their long dark tresses down, which only added to their similarities.

Moore is getting ready for the release of her memoir Inside Out, in which she opens up about her struggles with substance abuse, her divorce from ex Ashton Kutcher and reconciling with her three daughters, Rumer, 31, Scout, 28, and Tallulah, 25, with ex Bruce Willis.

The years following her breakup with Kutcher took a toll on the actress and negatively impacted her relationship with her three children, according to sources.

“She was really struggling mentally and didn’t take care of herself,” a source told PEOPLE. “She didn’t have the best relationship with her daughters either and her life was just chaos.”

Moore has spent recent years getting healthy and working on her relationship with her daughters.

“Now, she has a beautiful relationship with all of her daughters,” the source said. “Demi feels bad about the years when she wasn’t healthy. She really tries to make up for it now. Her daughters are amazing. Demi is involved in their every day lives. And they are very supportive of Demi. They love that she wrote a memoir.”

Inside Out hits bookshelves Sept. 24.