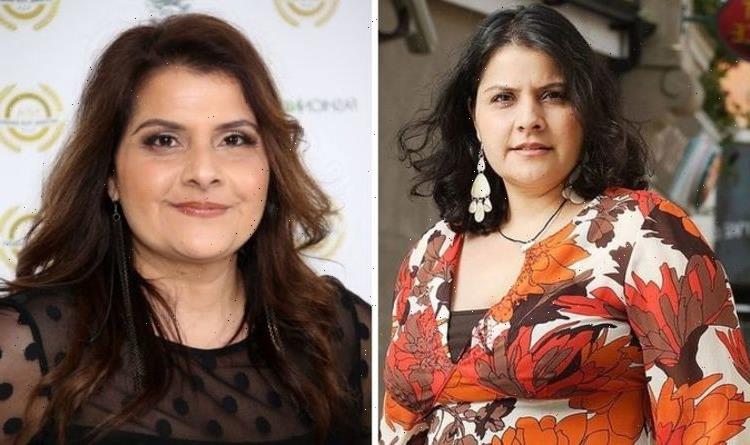 Strictly Come Dancing: 'We will all be there' says Motsi Mabuse

EastEnders fans are used to seeing characters leave the series, but some hit harder than others. Zainab Masood (played by Nina Wadia) was a fan-favourite during her stay, but eventually quit the show back in 2013. Now Wadia can be seen in this year’s Strictly Come Dancing, reminding fans of her time on the BBC soap.

Why did Nina Wadia leave EastEnders as Zainab Masood?

Ahead of the launch of Strictly Come Dancing 2021, fans are hedging their bets on who will go the distance this year.

Nina Wadia is the choice of many EastEnders fans, having starred in the series from 2007 to 2013.

The star has gone on to find success in many other projects, including Danny and Mick, Death in Paradise, and even the 2016 blockbuster live-action remake of Aladdin.

The star’s six-year EastEnders run only came to an end when Wadia made the decision to leave the show and pursue other projects.

In fact, she was worried about turning into her on-screen character, something she exclusively revealed to Express.co.uk.

Wadia explained: “They didn’t want me to leave, they loved the character and everything was going well.

“I had just got to a point as an actor where I’m just not one of those actors.

“I’m an actor who needs to be challenged and pushed a bit more, I missed the creativity of coming up with a new character, so it was a tough decision.”

Wadia went on to reveal how portraying the character impacted her home life, admitting that she was missing her children grow up due to the long hours needed for working on a soap.

“It’s not like you just go to set, do your work, and then you come home. When you’re home, you’re learning lines for the next day,” Wadia added, “it’s all-consuming so I kind of needed a break from it all.

“Also, I was turning into my character, to which my husband amazingly said, ‘I don’t like the woman so can I have my wife back?’”

The star explained how Zainab was a difficult character to play as she was a complicated and angry woman throughout most of the six years on the show.

However, Wadia stressed: “I’m a positive person! So that was not fun.”

Over the last few weeks, Wadia has been training for her first live show on Strictly Come Dancing 2021.

Wadia will be joining stars such as McFly’s Tom Fletcher, BBC Breakfast’s Dan Walker and Peep Show’s Robert Webb, among others.

The pre-recorded launch show will air on Saturday, September 18, once again hosted by Tess Daly and Claudia Winkleman.

The first live show will be the following Saturday at 7pm.

It will see Wadia and the other 14 stars perform their first live performance, opening the door for the voting to commence.

Speaking to What To Watch, Wadia revealed she has wanted to learn to dance for some time and that she is excited for the show to start.

Wadia explained: “I want to learn how to dance! Like, really well! Genuinely, I just want to know how they do all these dances, how do you get everyone who actually doesn’t know how to do it, to do it.”

However, she also revealed there is one side of Strictly she doesn’t like, and that concerns the hair and make-up for the show.

“I hate it,” Wadia exclaimed, “I’m very much a t-shirt and jeans girl. When I played Zainab Masood in EastEnders, I was like, ‘Don’t worry about hair and make-up, just make Zainab as plain as possible’.

“I don’t like sitting in the make-up chair for too long, I don’t like people pulling on my hair, and shiny things just scratch me and irritate me.”

EastEnders airs on BBC One Mondays, Tuesdays, Thursdays and Fridays.