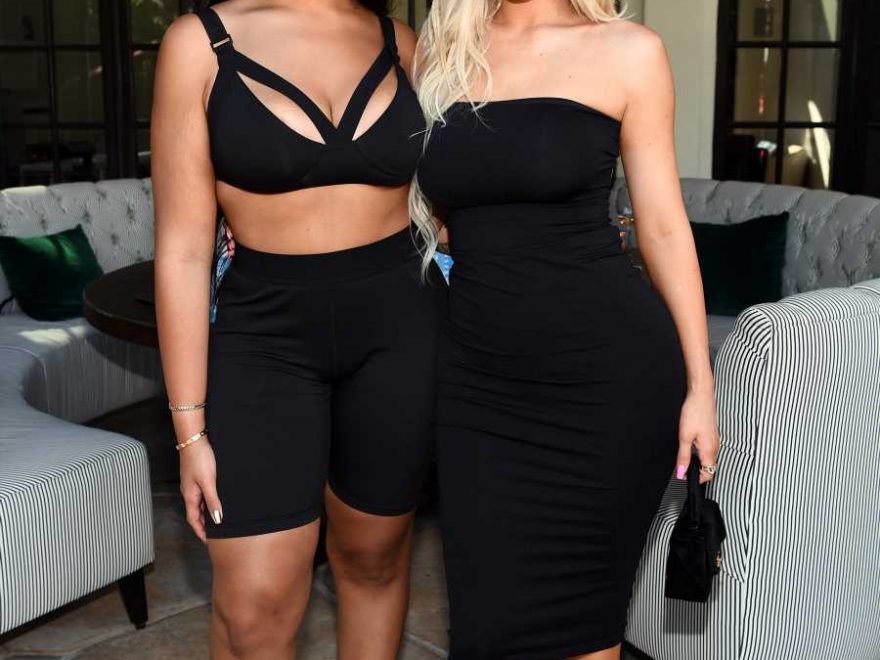 A reconciliation between Kylie Jenner and Jordyn Woods does not seem to be in the near future.

The former besties have been estranged for several months now, following Woods’ involvement in a cheating scandal with Khloé Kardashian’s ex Tristan Thompson earlier this year. Last week, the Kylie Cosmetics entrepreneur, 21, unfollowed Woods, 21, on Instagram, and now a source is explaining what Jenner’s reason was for doing so.

“Kylie just felt that Jordyn was really popping up in an annoying situation, where she shouldn’t be,” a source tells PEOPLE.

The source adds, “it was starting to bug Kylie.”

“They have obviously not had a good friendship for months, but it seems Kylie never wanted to rush it and completely break away from Jordyn,” the source shares.

According to the source, “Jordyn is very much trying to hang onto the world that she shared with Kylie.”

But “Kylie is just over it,” the source says.

“She has her circle of friends now that she is happy with. She wants to live as drama free as possible,” the source explains. “She just doesn’t need Jordyn in her life. Unfollowing her on Instagram, was kind of the last step to break away from Jordyn.”

On July 26, PEOPLE learned that of the 125 accounts Jenner followed on Instagram, Woods was no longer one of them. Although the exact moment Jenner decided to unfollow Woods cannot be determined, it seems to have come shortly after Woods was spotted in Houston partying with Kardashian’s ex James Harden.

After news broke in February that Woods had kissed Thompson, 28, the Kardashian-Jenner family distanced themselves from Woods, who moved out of Jenner’s house.

Kardashian also made it clear she was done with Woods. She unfollowed her days after the scandal broke, and the following month, the Keeping up with the Kardashians star accused Woods of lying in her Red Table Talk interview, initially saying that she was “the reason my family broke up” before recanting that claim.

However, Woods never clapped back against Kardashian or the social media users that harassed her amid the scandal.

Despite Woods and Jenner being estranged, Woods revealed in an interview with Cosmopolitan UK this week that she is staying optimistic in hopes of rekindling her friendship with Jenner.

“I love her. That’s my homie,” Woods told Cosmopolitan. “I hope everything falls into place and that we can all grow and build our relationships with our family and God and come back together one day and be stronger and happier.”

Woods also explained in the interview that isolation seemed to be her only option after the scandal made headlines.

“I just need[ed] some time by myself to try to understand what [was] happening, why it [was] happening, and how am I going to react to this internally, you know?” she said. “How can I make things right with myself, with God and with my relationships? It took some time off in order for me to have a level head on how I should react.”